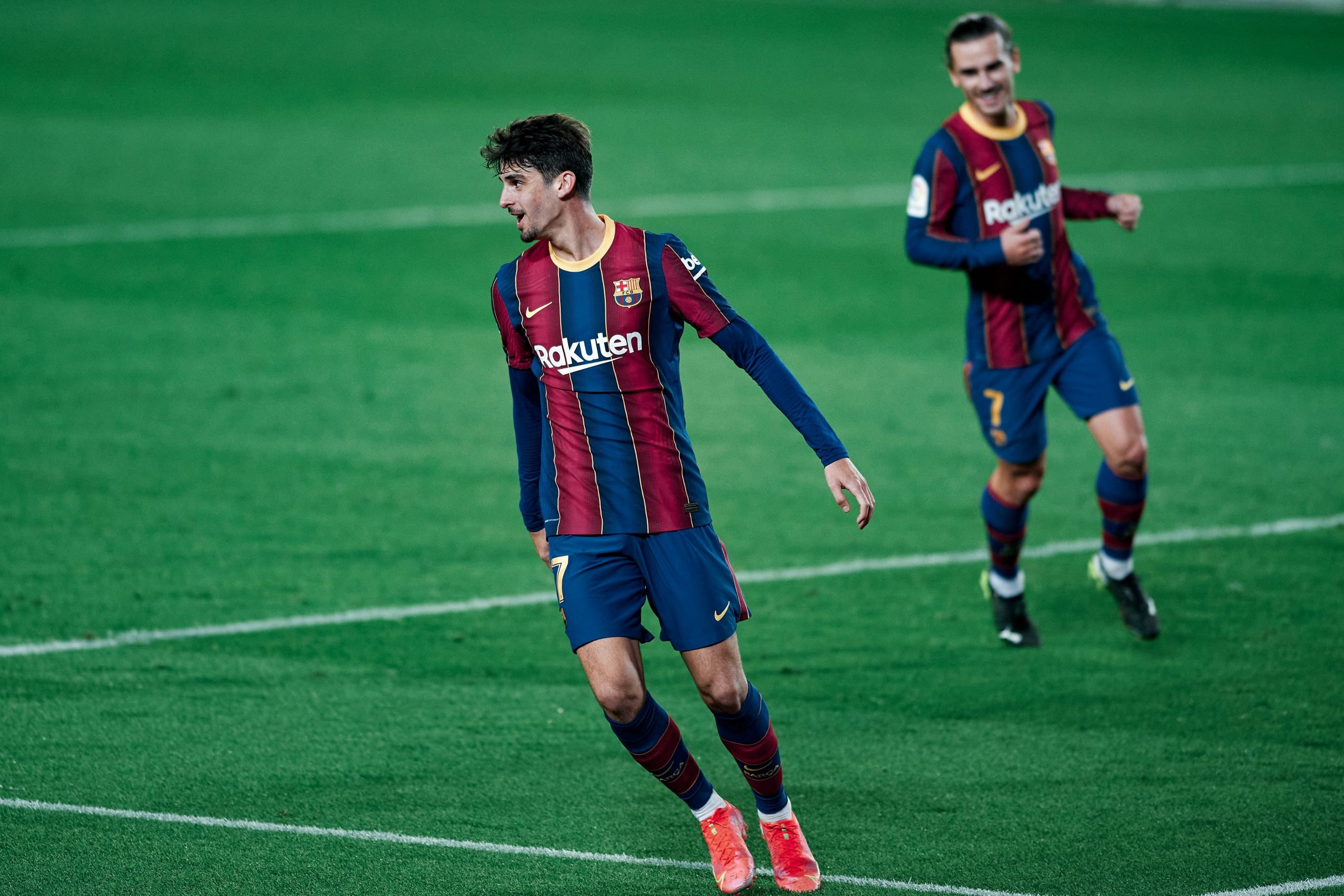 “We already know we are going to lose one of our great players, one that I consider the best, one that will define a decade from now, which is Trincao,” SC Braga president Antonio Salvador comments after FC Barcelona secured the signature of Francisco Trincao for a five-year deal in January 2020.

Fast forward to June 2020, a left-footed young Portuguese forward, Francisco Trincao was unveiled as a new addition to Barcelona’s forward options joining from Portuguese Club SC Braga for a fee of around €31M. Prior to Barça, Trincao nearly sealed to move in January 2018/19 to Juventus which broke down due to lengthy negotiations.

Most new players who have come to Barcelona in recent years have needed time to adapt, including many who were much older and with a lot of experience than Trincao, with Phillipe Coutinho and Antoine Griezmann being prominent examples. This year could have been extra difficult, given the constant controversies around the club, including Messi’s attempt to leave last summer, and the resignation of Bartomeu’s as president in October. However, it is looking now Trincao is settling slowly.

At times throughout the season, Trincao looked unconfident, but in his last appearances, he improved notably. In fact, over the past week, the 20-year-old has scored the winner against Real Betis, and a brace against Deportivo Alaves to take his tally to three for the club. But what awaits him next?

Trincao is incredibly gifted with excellent technical skills and scrumptious left foot. He is usually positioned on the right flank playing wide by hugging the touchline or drifting into the right half-spaces. His excellent first touch, body orientation, combination play, and vision for ball circulation makes him well suited for possession football or positional play.

Like Antonio Griezmann, he is one of those forwards gifted with immense stamina. He often showcases the same when tracking back to win back the ball, or start moves.

Also once a winger, Lobo Carrasco, who came through the La Masia youth system before donning Blaugrana for a decade from the late 1970s to 80s, is a respected pundit in Spain and saw parts of himself in Trincao.

“I am very passionate about him because he is almost a twin of the way I played.”

Further, he affirmed his belief that the Portuguese will be most effective when deployed on the right due to his unpredictability.

What does he provide for Barcelona?

Barcelona has been missing width this season as a result of Ansu Fati’s and Sergino Dest’s injury. On the other hand, Messi & Griezmann both prefer to occupy central zones, while Martin Braithwaite is ineffective in most games. Trincao plays as a classic winger adding much-needed width in Barcelona’s attacking phase from either flank, preferably the right flank. Graphics showcasing his heat-map (via Sofascore) below proves the same.

Playing on wings, Trincao is pretty rapid, but prefers to utilise his body orientation, constantly scanning spaces, dropping deep, and incorporating movements of his teammates and opponents around him. We can see an example below from one of the games itself.

Also, the Portuguese winger clearly comes on top when comparing him to under-21 wingers from outside of the top 5 leagues. He is even way ahead of the Koeman’s favourite youngster in the team – Pedri. That being said, the stats clearly show he has nothing to change about his personality or his style of play to fit in at Barcelona, instead of just continuing to play the simple way he always has.

He also makes constant runs behind defences. But to exploit that at Barcelona especially, a player needs to get on the same wavelength as Messi, something neither Griezmann nor Coutinho has managed due to do yet. He is also a brilliant dribbler and equally efficient in tight spaces and 1v1 scenarios, completing nearly 55% of dribbles attempted as seen below.

There have been plenty of games in the start where Trincao looked far from impressive, for example, be it either the 1-1 draw with Sevilla and Deportivo Alves or a 3-0 win over Celta Vigo. Indeed, the lack of starts and the absence of confidence from the dutchman in him wasn’t helping much either. But lately, it seems the pendulum is shifting in the opposite direction.

As can be seen in the above graphical representation, given his past record, he has shown the capability of drifting inwards into half-spaces or more specifically between Zone 14 and Zone 15 due to his dribbling skills. His xG being its indication, which is 0.47 per 90 minutes played.

The Portuguese also has a brilliant vision & understanding of spaces to find an easy route to goal with xA 0.28 per 90 minutes played. He completes nearly about 36% off through balls & 57% of long balls. He has certainly shown a tendency to oversee simple passes to make complex ones.

Trincao also has a brilliant eye for a goal. During his tenure at Sporting Braga, his xG was 0.42 per game & 0.64 goals per 90. And after signing for Barça, it jumped to 1.39 per 90. He averages 3.5 progressive runs & 4.5 touches in the box per 90. We can see the comparison chart below for his chance creation capabilities.

His recent late-winner against Real Betis was the first goal for him in Blaugrana colours. It was certainly a long-wait but Barcelona will hope he can continue his recent contribution, and keep popping up in the right moment to score key goals like this. This was visible again vs Deportivo Alaves as he continually ran the wing in the hope of finding the right chance, and was rewarded.

Aged just 21, Trincao has a long way to go forward in his career, and initial signs look very promising. He needs more confidence from the coach to provide him with playing time.

Five days shalt thou labor, as the bible says. In my life, The seventh day is the Lord thy God’s. The sixth day is for Football. That pretty much describes my life when not working. I am here to share my ineffable love for this game among other football enthusiasts.