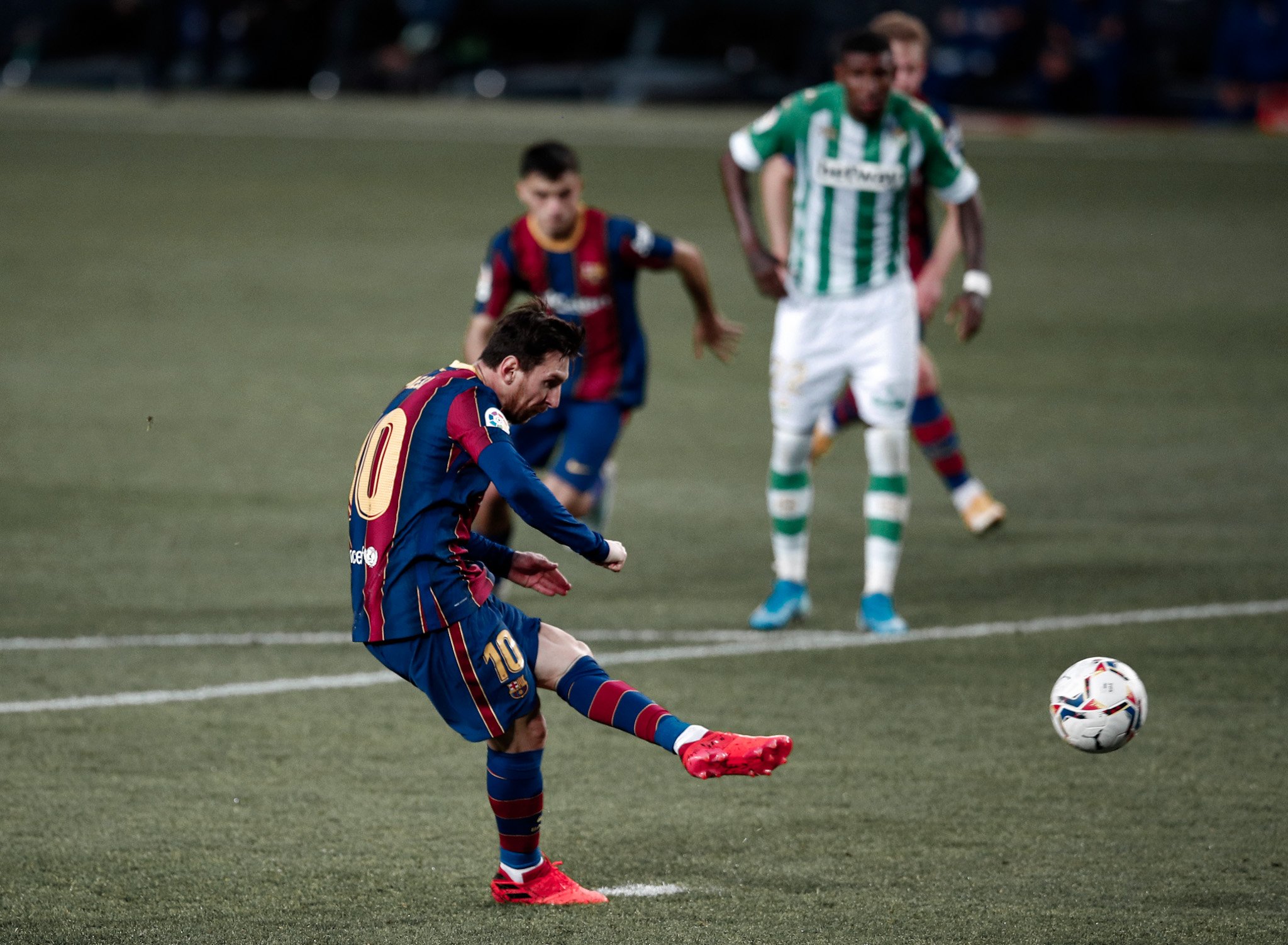 There are very few players on the planet who don’t have a weak spot, an Achilles heel if you will. For some, it may be crisp passing, for others, finishing. For Lionel Messi, however, it was always that infamous white spot just in front of the goal.

But interestingly enough, the penalty kick is something that, despite coming with a big dose of pressure, footballers wouldn’t say is necessarily the most difficult thing in the world. After all, there’s no one to stop you but the goalkeeper and you’re shooting from a relatively close range too. Players who possess a certain dose of accuracy and power seem to view penalties as one of the easiest ways to bag a goal.

Even the numbers back it up. If we consult the expected goals approach, which essentially tells us how good of a scoring chance a situation on the pitch really is, rarely anything measures up to the approximate value of 0.76 xG (expected goals) a shot from the spot amasses.

If we strip the numbers down a bit and put it into more laic words, you could say that a penalty kick gives you a 76% chance of scoring a goal. Any footballer would gladly take those chances. Of course, that’s not exactly how xG works but it does give us a rough estimate at the very least.

Why was it then that one of the best finishers of all time and a player of such exquisite skill and technique like Messi is struggling with the ‘easiest’ shot in football? It may have been a number of reasons: the pressure, the straight-forwardness of the occasion, or simply a lack of training. Whatever it was, now it seems to be gone, almost entirely.

Back in 2018, the Argentine, fully aware of his Achilles heel, mentioned his struggles from the penalty spot and expressed his desire to improve in that single area that represented a blip on his otherwise stellar CV.

And this seems to be exactly what he’s done ever since. We know that penalties have somewhat ‘plagued‘ his career. Back in 2012, he missed a crucial shot from the spot against Chelsea in the Champions League, which eventually resulted in the Blues getting their revenge and advancing to the finals.

Some years later, it was an even tougher blow as Messi missed a shot in the final of the Copa América against Chile. This, unfortunately for the Barcelona icon, ended up in Argentina missing out on the title once again.

Quite clearly, he’s had enough of penalties dictating his career and has been working hard to improve his technique. The result? Well, the result is the most Messi thing you’ll read today.

The last time Leo missed a penalty in an official game was back on 16 February 2019 against Real Valladolid. Since then, he has scored every single one of them, successfully converting a total of 14 strikes in a row, club and country included.

The very first penalty he has ever taken was against Sevilla back in 2007 and since then, he’s amassed a total of 123, scoring 97 and missing 26 in the process as well. But just as was the case with free-kicks, once he actually started putting a lot of work into them, his accuracy and success rate have gone drastically up.

At first, as you will likely remember, he wasn’t such a lethal free-kick taker but after lots of long hours in training, Leo mastered that particular art. And now, as it seems, the same thing is happening with penalty kicks as well.

This speaks volumes of his hard work and directly rebukes most of his haters’ view of the Argentine being pure talent and no work. Quite clearly, when Messi sets his mind on something, he will eventually perfect it.

That makes me wonder what’s next in line for the Argentine wizard. Who knows, maybe by the end of his illustrious career he can become the best header of the ball the world has ever seen.