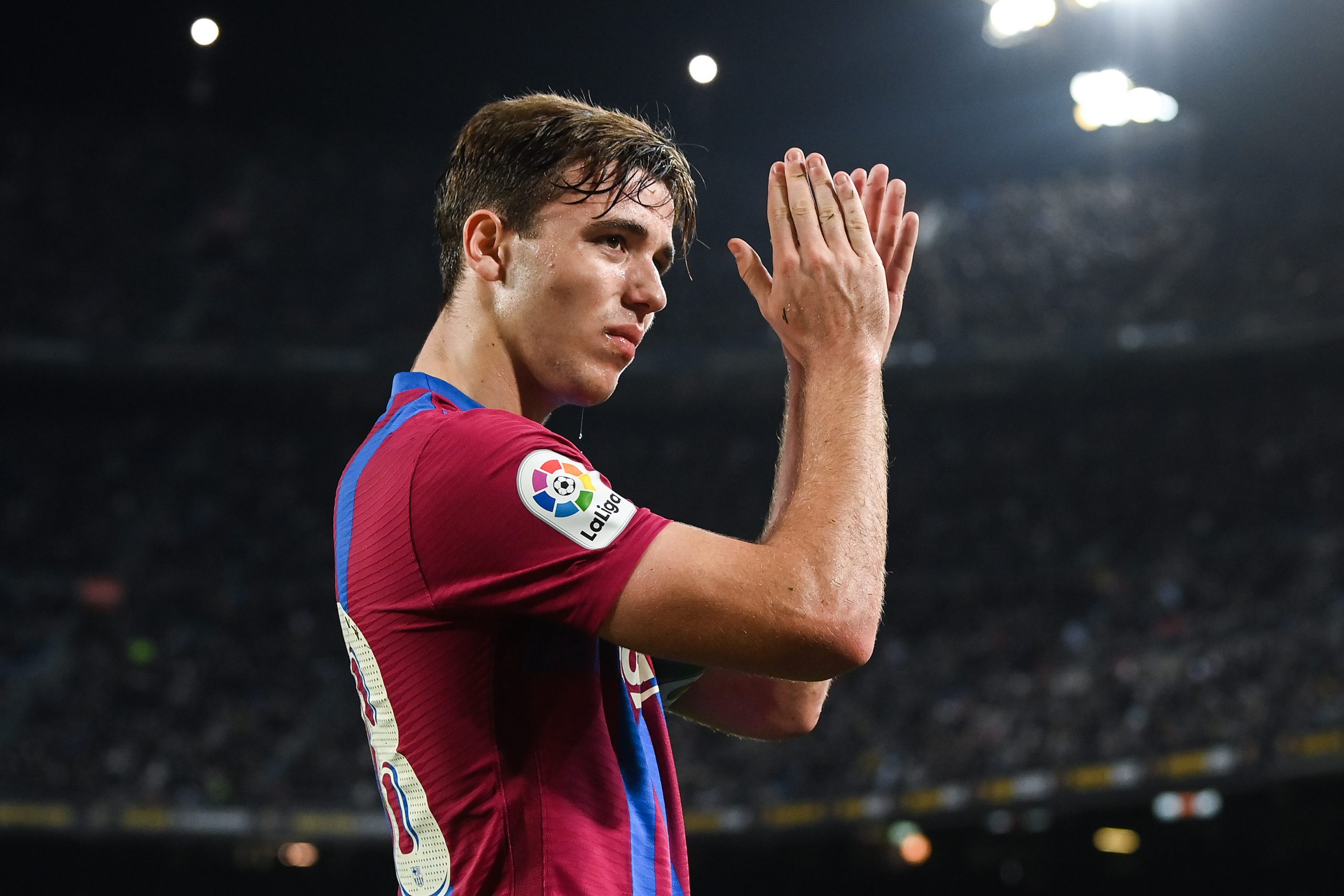 Barcelona are ramping up their efforts to secure the signing of Manchester City forward Ferran Torres ahead of the January transfer window.

At this point, it is well-documented that the Catalan giants’ sporting director, Mateu Alemany, has flown down to Manchester in order to work out a deal with the Premier League champions for the 21-year-old.

It is believed that Barca already have reached a total agreement with the ex-Valencia starlet, but they are some away from finalising a deal with the Citizens. Given the Blaugrana’s financial situation, there is a real possibility of the club offering up a player as part of the operation, reports reliable journalist Matteo Moretto.

Reports earlier today already indicated that the name of Ousmane Dembele had been presented to Pep Guardiola’s side, but they were swift to reject the proposal.

Now, Moretto has dropped a hint that Manchester City could instead demand young midfielder Nico Gonzalez in the deal for Torres. A player who has been on Barcelona’s books since 2013, the 19-year-old is a La Masia product who made his senior debut earlier this season and has since gone on to carve out a regular place in the starting XI at Camp Nou.

Nico has featured in 14 games in all competitions in his breakthrough season, registering a solitary assist. Along with Gavi, the 19-year-old has been a breakout star of the campaign for the Catalan giants, and it has not been lost on Guardiola.

Moretto claims that the Manchester City manager is a huge admirer of the 19-year-old Spaniard. Negotiations are ongoing between the two clubs, and more talks are expected to be held over the next week as they look to work out an arrangement that is satisfactory to all parties involved.

However, if City were to demand Nico as part of the transfer, it is unlikely that Barca would be willing to offer him up, considering how highly he is regarded at the club.