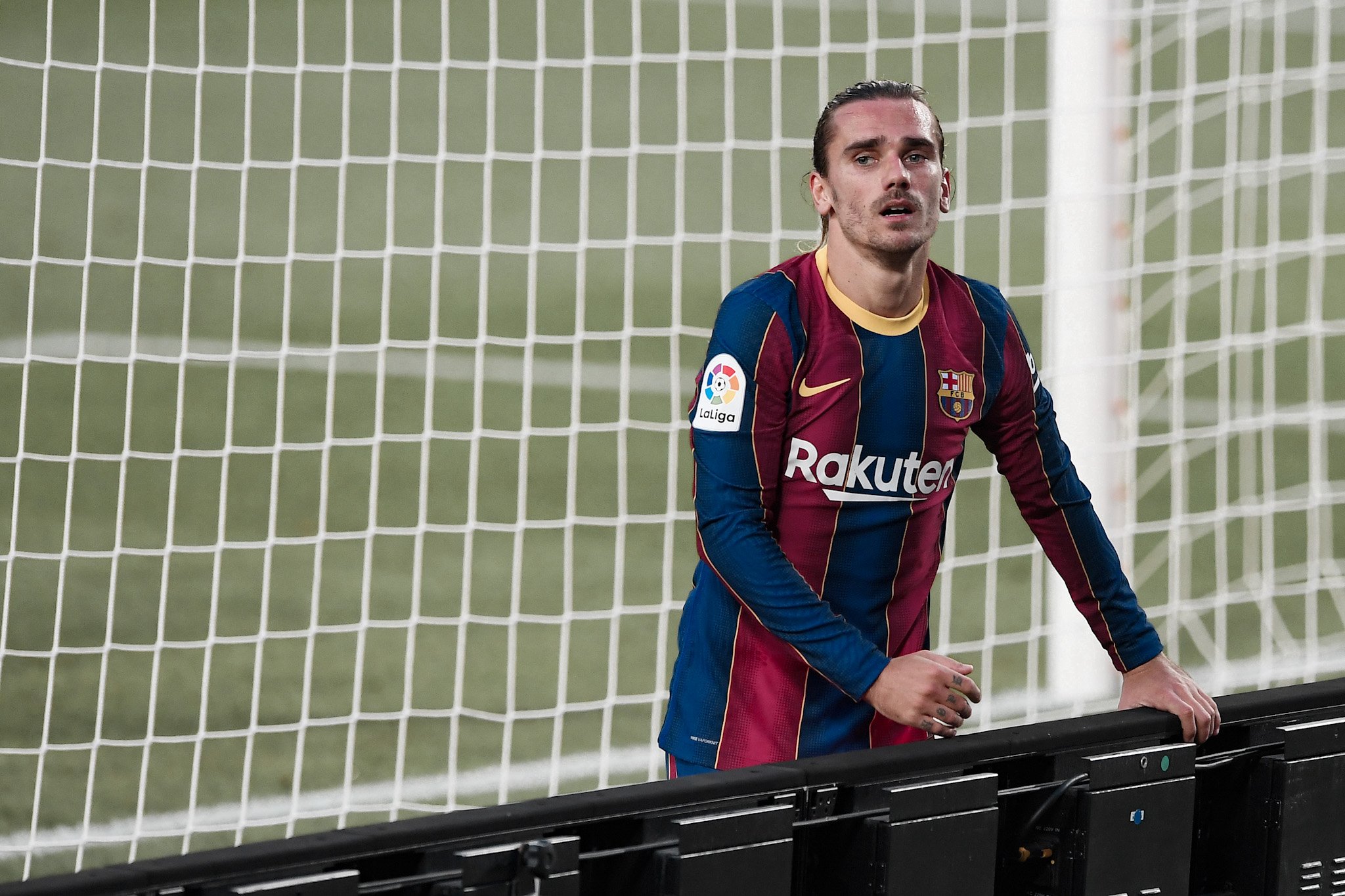 This Saturday evening, Barcelona will travel to the Wanda Metropolitano to face Atlético Madrid in a huge La Liga clash and one of the biggest challenges for Ronald Koeman as of yet. But it won’t just be a huge test for the new gaffer but for some of his players as well.

Of course, all of them will have to show up if the Catalans are to beat the red-hot Rojiblancos but one player in particular will have a lot to prove come the weekend – Antoine Griezmann. Not many need reminding that the Frenchman has been struggling immensely as of late, undermined by bad luck and the lack of confidence, and could use a big game to bring him back to life.

But that’s what big players do, don’t they? They show up in big games. And this one, without too much exaggeration and disregarding El Clásico, might just be the biggest one of the 2020/21 campaign so far for the Catalans. Of course, it’s also true that Diego Simeone is yet to beat Barcelona in the domestic league throughout his tenure as Atlético Madrid’s coach but this could be his best chance as of yet.

Not only that but the season as a whole where both Barça and Real Madrid are somewhat weaker than in the years gone by, Cholo could finally reach for that trophy once again, for the first time since that faithful 2013/14.

However, the Azulgranas will be hoping that Griezmann himself will have something to say on that matter. With two goals and one assist in La Liga so far, it would be premature to say the forward has had a disastrous campaign but a player of his quality can and should be giving more.

And maybe this reunion with his former club could jog his memory a bit. It’s not exactly a do or die situation but it’s certainly territory in which the Frenchman thrives. High stakes, all eyes on him and 90 minutes to shut up all the haters – the perfect scenario for a masterclass.

His haircut is fresh, the occasion couldn’t be better and the stage is all set. Now is the time for him to shine and show all of his flair, ability and undeniable talent as a world-class player. Nothing more, nothing less.

So we know this is a player that loves the occasion and the occasion clearly loves him. Lately, we obviously haven’t been seeing the very best of him but a player of such class and quality doesn’t just lose it all overnight.

We’ve seen against Real Betis that he can be influential even when completely and utterly unlucky. That’s the Griezmann we know and love and that’s the Griezmann Koeman will want to see on Saturday night, only with his scoring boots on, of course.

Dread it, run from it, destiny still arrives. And Griezou is destined for greatness. Watch out Atlético Madrid because you don’t even know what’s coming.