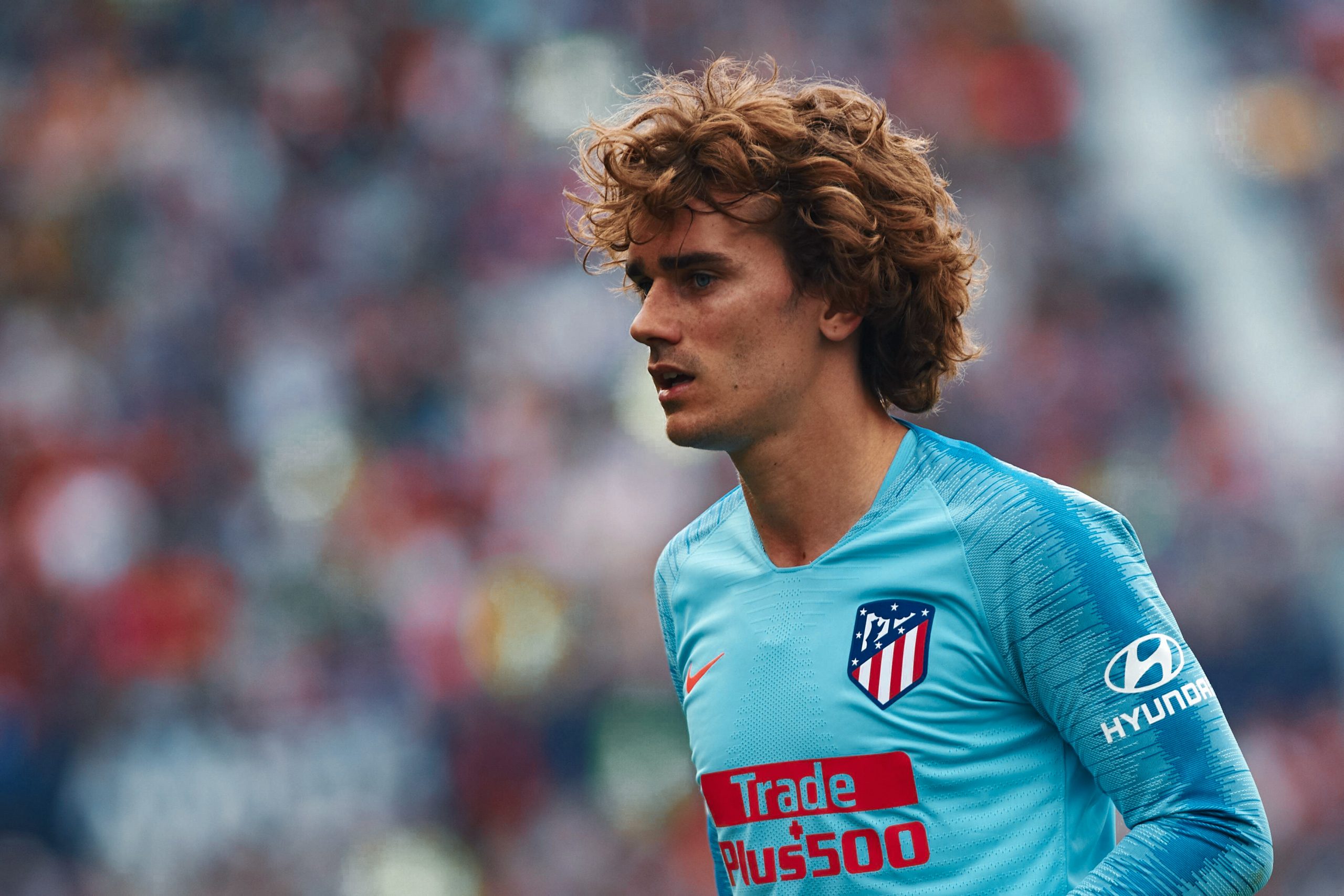 News of a potential swap-deal between Antoine Griezmann and Atletico Madrid’s Saúl Ñíguez split Culés in two. For some, the club’s need to manage its spiralling wage bill is of utmost importance. For others, it is too reminiscent of Luis Suarez and David Villa’s moves that helped Atlético win the league title in 2021 and 2014, respectively.

Still, are the Catalans stuck in a lose-lose situation, or can they make a deal that shifts things in their favour?

In the following piece, Barça Universal will look at various Atlético Madrid players who can potentially be included in a swap-deal for Griezmann and conclude with the best possible combination. Also, it goes without saying that these options have to be realistic – Atléti would hardly be open to offering Jan Oblak, Marcos Llorente, or Koke, for example.

To start, let’s look at the option that is already on the table: Saul Ñiguez.

Tactically, Saul satisfies Ronald Koeman’s desire for a physical and dynamic presence in the midfield, especially after missing out on Gini Wijnaldum. The 26-year old is extremely versatile and would be right at home in Barça and Koeman’s possession-based philosophy. Additionally, Saul could help the Blaugrana play more vertically, direct, and with a higher tempo.

Contrary to other, more flexible and pragmatic sides in European football, Barcelona often play one way and one way only. With Saul, Koeman could shake things up and integrate more dynamism and energy.

Positionally, the Spaniard can operate all roles in a midfield trio (both interiors or as a number 6) or even in a double pivot. This versatility would allow Koeman to stick with his 4-3-3, 4-2-3-1, 3-5-2, or 3-4-3 set-ups. Moreover, it would help rotate some of the current midfielders, especially Pedri, who has been overworked.

While most of Saul’s highlights involve slaloming runs and exploits in the final third, he is a complete, box-to-box midfielder, both technically and physically gifted. His work rate is off-the-charts – as expected from one of Diego Simeone’s players – and he stands out defensively. In fact, compared to his positional peers in Europe’s big five leagues over the last year, Saul is in the 85th percentile with tackles won and 96th percentile with dribblers tackled.

The only concern would be that Saul is admittedly out of form. He is coming off a subpar season with Los Rojiblancos, where his role as a crucial cog in the midfield dissipated. Nevertheless, all players go through ebbs and flows in their careers.

Another Atlético player who fits exactly what Barcelona need – in defence – is Mario Hermoso. The 26-year old is coming off a solid season where he made 38 appearances, 15 more than in 2019/20. In most facets of the game, Hermoso would be a much-needed addition for the Blaugrana.

Hermoso is a typical ball-playing centre-back, capable of operating in a back-four or back-three. In build-up phases, the Spaniard is often responsible for carrying the ball out of the back, placing third in his squad for total progressive passes and second for passes into the final third. His composure on the ball plus a natural inclination to impact play in the opposition half would serve Barça extremely well.

With some improvement in Hermoso’s passing, a potential backline of Hermoso and Ronald Araujo would excite most Culés.

Continuing with the backline, Renan Lodi is another option Barcelona can look at. The Brazillian left-back could provide healthy competition for Jordi Alba, and at 23-years old, he still has a bright future ahead of him.

Lodi was brought to Madrid in 2019 and cemented a first-team role in the 2019/20 season. Unfortunately, poor form and a change in system to incorporate wing-backs saw his minutes nearly cut in half in 2020/21. Specifically, Yannick Carrasco thrived as a left-wing back and was Simeone’s go-to option.

Lodi is still improving defensively, but his contributions in the final third make him stand out. For example, with 2.13 shot-creating actions per game, he places in the 76th percentile against his positional peers and his 1.60 dribbles completed per game is in the 88th percentile. For the Brazillian National Team, Lodi has tallied five assists in fifteen appearances.

If Barcelona were to add Lodi in a potential swap deal for Griezmann, their concerns for a backup left-back would disappear. Additionally, it could also solve their long term problems in the position.

After a poor 2019/20 campaign, Thomas Lemar turned things around in 2020/21, bossing the midfield and providing a creative spark. If Barça needs another versatile (attacking) midfielder, Lemar could very well be of service.

Compared to the prior season, Lemar improved in almost every major statistical category. His goal contributions increased from 0 to 6; his key passes per game rose from 0.63 to 1.39, and his xGBuildup and xGChain per game nearly doubled from 0.25 and 0.29 to 0.47 and 0.59. When healthy and in the right setup, Lemar can thrive.

Still, the Blaugrana should be cautious about their abundance of number tens, as Lemar is more effective in those roles than compared to out wide.

According to recent reports, Barcelona also have their eyes on Joao Felix and are clamouring to get the Portuguese starlet in the potential swap-deal with Griezmann.

In terms of player valuation, the move makes sense. Felix is young, full of potential, and could headline Barça’s attack for the next decade or so. Despite (thus far) failing to live up to his €126 million price tag – bestowed upon him, the quality is undoubtedly there.

However, the 21-year old’s playstyle as another number ten and creative, deep-lying forward would make it hard to properly integrate him into a team with Lionel Messi and Memphis Depay. As such, Barcelona should look to other players who fill more pressing concerns first.

Out of the five players listed, the ideal package for Griezmann would be Saul plus Hermoso. For many, Barça’s most pressing concerns are a (preferably) left-footed centre-back and extra central-midfielder. With Saul and Hermoso, those squad holes would be filled with options that are experienced and full of quality.

Additionally, their versatility in their respective roles – midfield and defence – means making the squad even more complete. Instead of signing only a centre-back and centre-midfielder, Barça would also be getting a left-back and defensive midfielder.

Losing Griezmann may bolster Atlético Madrid, but the potential combination of Saúl and Hermoso would help the Blaugrana beyond measure.