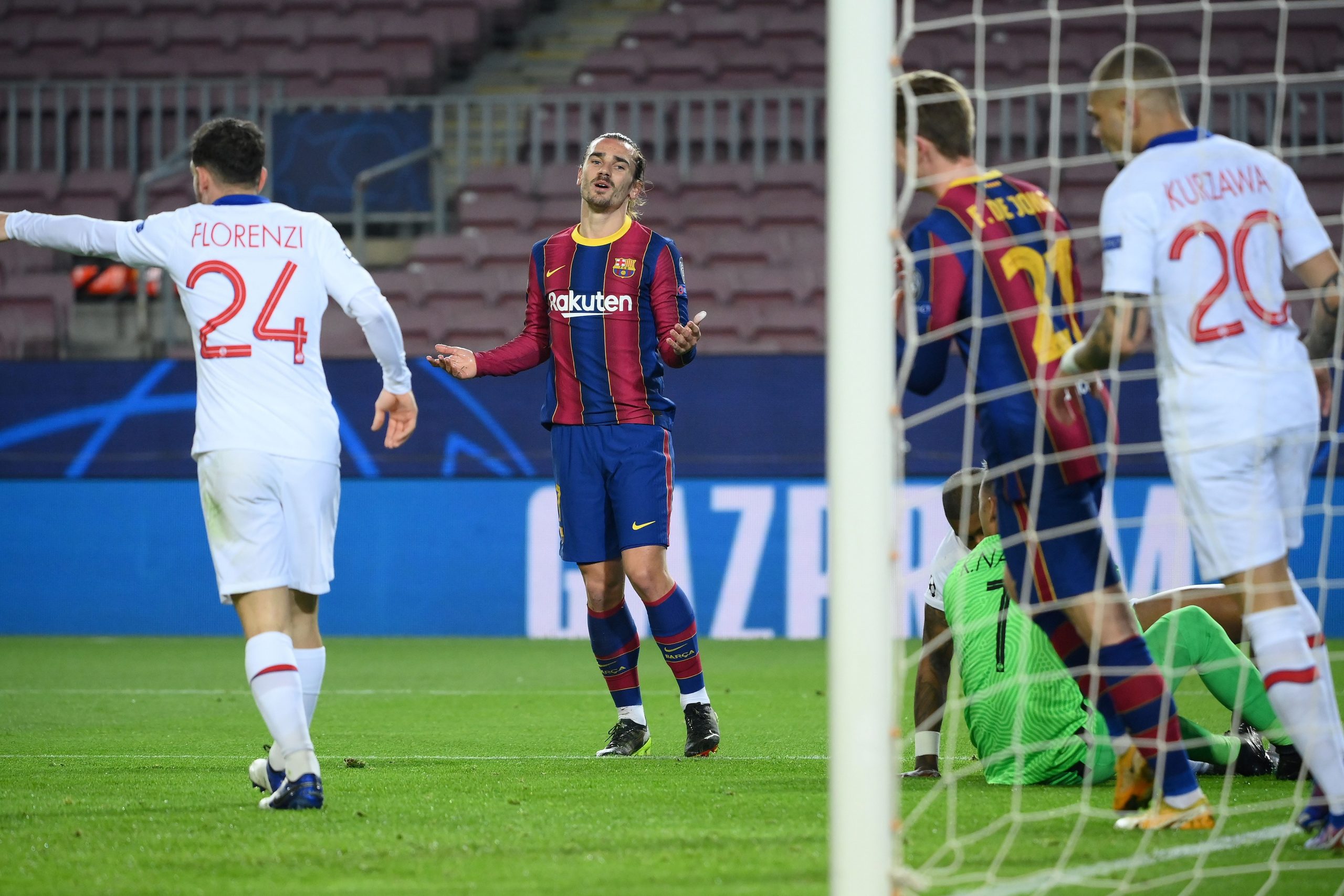 Another season, another humiliating defeat in the Champions League for FC Barcelona. The Catalans suffered a crushing blow to their hopes of advancing to the quarter-finals after being humbled 4-1 by Paris Saint Germain. The French outfit, despite the major absences of Neymar and Angel Di Maria, walked all over a lethargic and lacklustre Barcelona team.

Despite taking an early lead via a Lionel Messi penalty, Barcelona crumbled defensively. A hattrick from Kylian Mbappe and a header from Moise Kean capped off a miserable night for the Blaugrana. They now face a near impossible task of overturning a four-away-goal deficit in three weeks’ time. Antoine Griezmann cut a desolate figure as he recapped the performance in the post match press conference.

The Frenchman was clearly disappointed in the team’s showing as he said: “This wasn’t one of our best games. In front of such teams, we have to show our best version.

Griezmann lauded Barcelona’s opponents on the night however, who were clearly the hungrier of the two sides. He also praised his compatriot Mbappe on a wonderful performance: “They were superior. We have to keep working, and getting better. Mbappé? I believe that PSG have a future very great star, who will be on the level of Leo and Cristiano. He had a truly great match.”

He also added that Barcelona weren’t clinical enough and did not defend well either: “This isn’t the image we want to give. It’s hard that we concede four goals at home. We had our chances, but we didn’t take them.”

The 28-year-old summed up saying that the team will not let their head down. They will try and fight in the return leg, despite the impossible nature of the challenge lying ahead: “We will go to Paris to win, not just to visit.”