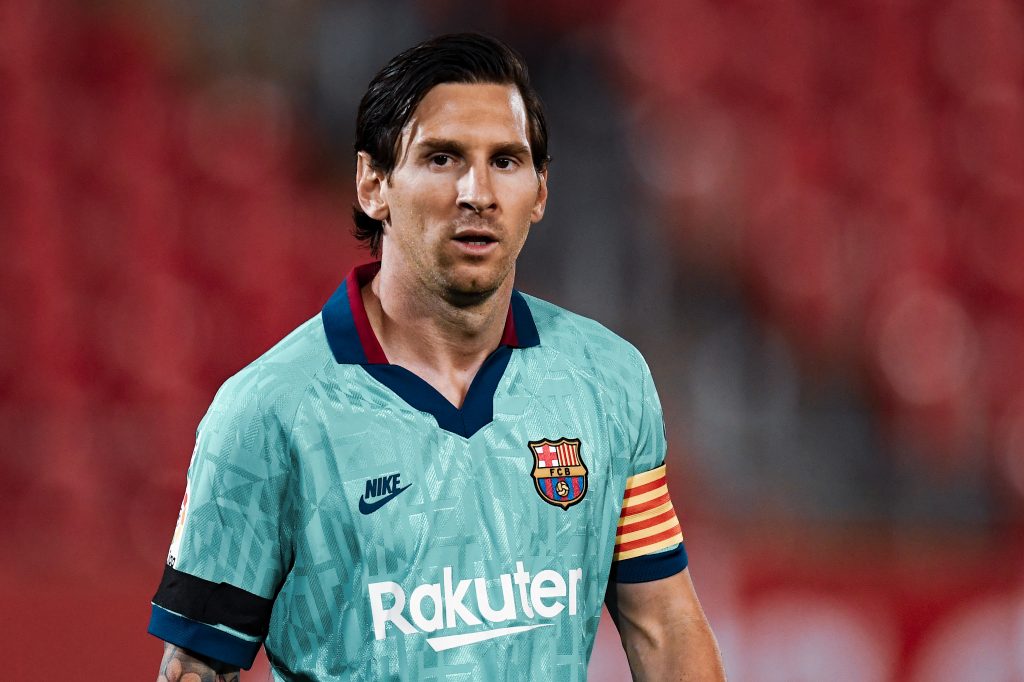 Barça finally returned to action yesterday at Son Moix, and they scored four in the process. In this article, we will provide an analysis of the build-ups to these goals from Barcelona against Mallorca, how the chances were created, and how they were scored.

After the long hiatus, many clubs and players have looked lackluster in their performances so far. While Barcelona still have a lot to improve on, they were able to pick up an excellent 4–0 victory against RCD Mallorca away from home, where the club have been inconsistent this season. From the very first moments of the match, to the final seconds, Barça were on the attack. There were some very important goals and some brilliant goals, and now they are going to be analysed.

The blaugranas seemed to open the match looking to score early, and it did not take long to find the back of the net. It began with Jordi Alba playing a ball down the left flank, over the top for Martin Braithwaite. The Danish forward utilised his pace to get to the ball first, before playing it back to Frenkie de Jong. The Dutchman did lose possession of the ball, but then executed a perfect recovery and sliding challenge to win it back. This is where the sequence leading directly to the goal began.

After recovering the ball, De Jong played a short pass out wide to Alba. The left-back then executed a rare aerial cross into the box, where it found the head of Arturo Vidal, who thumped it in. Thus, Barça had the lead in just the second minute.

In this image, one can see that there were four Mallorca defenders who seem to be focused on marking Griezmann. The Mallorca left-back, focused on Lionel Messi out wide, left a massive gap in their back line for Arturo Vidal to burst into. He split the opposing centre-back and left-back with a brilliant run, and Jordi Alba’s delivery arrived to him with pinpoint accuracy.

Technically, the sequence leading up to this goal was made up of just two passes, and involved just three Barça players. This is because De Jong lost possession before winning the ball back and playing the secondary assist to Alba. Just two passes, and a cross leading to a headed goal is not the style of goal typically associated with Barça. Nonetheless, the awareness of Vidal to make the run, and the technique of the cross by Alba, must be appreciated. Additionally, this goal was crucial in settling the nerves of some players, and it allowed the Catalans to play on the front foot for the rest of the match.

It took Barcelona until the 37th minute to double their lead, and it was another unorthodox goal. Once again, the goal stemmed from an attack down the left wing. Lionel Messi dropped deeper and drifted over to the left-hand side where he played a brilliant one-two with Jordi Alba.

After Alba’s initial ball to the Argentine, the focus of every Mallorca defender shifted to the number 10. This allowed Alba to lose his marker, so Messi could play one of his signature through balls, as shown above. Unfortunately, the initial cross played by the left-back when he got to this through ball was blocked, and thus started a new sequence of possession.

In this sequence leading directly to the goal, there were once again two connected passes and three Barça players involved. When Alba’s cross was blocked, the ball flew up into the air, and Frenkie de Jong was the quickest to react. He headed the ball on to the arriving Leo Messi, who then headed it down to Martin Braithwaite. With Braithwaite scoring a tremendous half-volley, de Jong gets credit for the secondary assist, just as he did for the first goal.

With the ball just beginning to drop out of the air, Messi used his brilliant instincts to run unmarked into the box. This movement caused the Mallorca left-back, pictured between Braithwaite and Vidal, to step up, leaving Braithwaite unmarked to finish. Once again, a string of just two passes and more headers inside the box made this an un-Barça-like goal, but it was brilliant to see Martin Braithwaite get off the mark.

Barça left it late to get their last two goals, with number three coming in the 79th minute. For this goal, there was a longer sequence in the build-up. It began with Gerard Piqué playing a free-kick out wide to Jordi Alba. There was then a brilliant piece of combination play down the left hand side. This sequence ended up including five passes, and involving five players: Piqué, Alba, Braithwaite, Arthur and Messi.

Arthur Melo played the secondary assist, but it was the Leo–Jordi connection that broke down the Mallorca defence again. In the image above, one can see the first-time ball that Messi is about to play. Alba had done brilliantly to drift in behind his man while staying onside, and he was even the highest Barcelona man on the pitch. Without needing to take a touch, Messi weighs the pass over the defense to perfection. Alba ran on to it and remained composed, slotting his finish in at the near post.

This sequence followed a more typical Barcelona pattern. It began with Piqué building out from the back, followed by some quick combination play, and then a killer ball. Lionel Messi has vision like no other.

In the 93rd minute, Lionel Messi finally got a deserved goal. This goal ended up being the one with the longest buildup: seven passes and six players involved. The sequence actually begin with some rare successful pressing from Barça. Nélson Semedo did well to anticipate and intercept a pass from the Mallorca keeper, before playing a one-two with Iván Rakitić. The ball was then played back to Gerard Piqué, who gave it to his centre-back partner Ronald Araújo. What the young Uruguayan did with the ball was truly brilliant.

When Araújo first received the ball, he showed great composure to beat a pressing attacker. Shown in the image above, he then stepped up into a midfield position, and dribbled past the halfway line. As this was happening, Luis Suárez was running back from an offside position. He then checked towards Araújo, making it seem as though he wanted the ball with his back to goal. Instead, Luisito obliterated the Mallorca defender with a brilliant piece of skill.

When the ball started to come to Suárez, he stopped his run away from goal, and opened up his body. This allowed him to receive the ball on his left foot while already facing towards goal. The Mallorca defender, clearly, was completely deceived by this move. But Suárez was not done there.

The chemistry between Suárez and Messi was on full display for this goal. The image above shows Suárez on the ball, driving right towards the center of the pitch. At the same time, Messi overlapped the Uruguayan to create space to receive the ball. To score the goal, Messi cut in from the left side past two defenders and hit the ball with his right foot- the opposite his signature goals.

The build-up to this goal may have been the best of the lot. It began with great pressing, something that this team needs more of going forward. The young defender Araújo then showed great confidence and ability on the ball, as he registered the secondary assist to Suárez. The number 9 followed that up with possibly the best skill of the match before assisting his Argentine partner in crime.

One aspect of these goals that should make all culés optimistic is the involvement of Jordi Alba. Coming into this match, Alba had just one La Liga goal and one La Liga assist this season. He was able to double both of those tallies, and was heavily involved in the second goal as well. Hopefully, this signals a return to the elite attacking play that Jordi Alba has provided in past seasons.

Messi’s positioning is another aspect of these goals that stands out. In the build-ups to Barcelona’s second, third and fourth goals, Leo was on the ball on the left side of the pitch. It is no secret that the Argentine has been drifting further centrally in recent years, and this is further proof of the variety of areas that he operates in.

All in all, the players and the fans have to be pleased with that result. The team was ambitious and ready from the very beginning. The four goals, as well as the clean sheet, will have the squad’s morale up, and it was a great performance to rebuild that match fitness that was lost. There are still improvements to be made, but this performance should provide a lot of optimism.