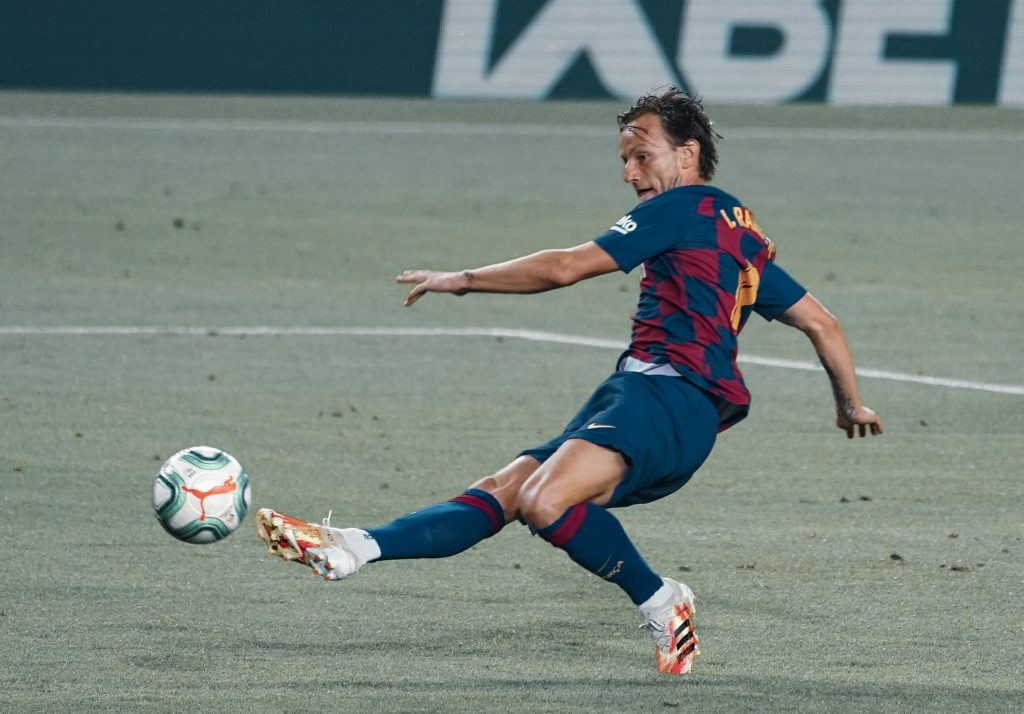 It wasn’t easy, and the performance left much to be desired, but Barcelona were able to get back to winning ways against Athletic Club with a goal from Iván Rakitić. A crucial match-winner that will now be analysed.

The pressure was truly on Barcelona to get all three points against Athletic Club on Tuesday, and they just barely delivered. After being held scoreless for the first time since the restart against Sevilla, this time the blaugranas were able to break the deadlock through Iván Rakitić. While it was far from a brilliant goal, and far from a brilliant performance, looking deeper into this important score can reveal some positives.

For the first sixty or so minutes of the match, Barcelona failed time and time again to unlock the Athletic defence. For much of this period, the Catalans lacked the creativity and ability to penetrate in order to create chances. However, after substitute Riqui Puig had some time to settle into the match, Barça’s play improved. In fact, it was a brilliant piece of skill by Puig that started the attack leading up to the goal.

After receiving the ball from Clément Lenglet, Riqui took a few touches while scanning the field. Then, instead of playing a simple back pass, the La Masía graduate played a superb line-breaking ball to Arturo Vidal. The pass directly split four Athletic Club defenders and found the Chilean perfectly in a pocket of space. It was a stroke of genius from Puig to start the attack, and it was very reminiscent of the way Sergio Busquets often opens up his body one way to disguise a pass in another direction.

Unfortunately, what followed this pass wasn’t a silky smooth passage of combination play leading to a goal. Instead, multiple Barcelona passes and shots were blocked by the visiting defence, but they could not get the ball all the way clear. Eventually, the ball found its way to Lionel Messi on the right side of the box. The Argentine cut inside past two defenders before a third arrived and, once again, blocked his shot. This set the ball bouncing just outside of the box.

Quick to react, Iván Rakitić stepped up and surged forward to win the loose ball. The Croatian has faced some criticism for looking lethargic and off the pace in recent years, but that was definitely not the case here. Rakitić was able to beat the much younger Oihan Sancet – 20 years old – to gain possession.

After arriving to the ball, Rakitić used one touch to tap it ahead to Messi. La Pulga let the ball roll across his body, seemingly setting himself up for a signature curled shot on his left foot. By doing so, Messi attracted the attention of the whole Athletic defence, as he often seems to do.

Clearly, there was a massive area of open space which Rakitić knew he could exploit. With all eyes on Leo, the Croatian smartly continued his run into this area. Then, instead of striking the ball towards goal with his left foot, Messi quickly cut it back to the right of him. Timing his run well, Rakitić arrived to the short ball that the Argentine had played. With a left-footed first touch, Iván set himself up and remained composed before firing his shot across the goal and into the back of the net.

With the goal coming after a blocked Lionel Messi shot, there were only two connected passes between two players – Messi and Rakitić – leading up to it. It was far from a long sequence of one-twos and combinations to break the opposition down. As a result, it represents Barcelona’s overall performance pretty well: flawed and not the most entertaining, but with just enough quality to get the job done. Iván Rakitić can be especially proud of this goal, as he was the one who won the ball to start the sequence, played the secondary assist, and provided the finish.

The initial pass by Riqui Puig that started this attack has to make Barça fans optimistic. The creativity, bravery, and technique required to make that ball are the mark of a truly special player. The team’s performance clearly improved after Puig’s introduction, and it is no surprise that he provided the spark for the only goal. He is certainly looking worthy of more minutes.

In addition to the young and vibrant Riqui, the more experienced Iván Rakitić once again performed well. Undoubtedly, he has been one of Barça’s most improved players since the return of La Liga, and his confidence should continue to grow with this match-winner.

In the end, Barcelona gained a crucial three points. The performance still has to improve, but there were some more positives. After failing to make the right adjustments against Sevilla, Quique Setién seemed to bring on the right players with Riqui Puig, Iván Rakitić and Ansu Fati making a difference. Looking ahead, more changes will have to be made to fix the issues in Barcelona’s attack. Because with difficult games coming, there may be a need for more goals.