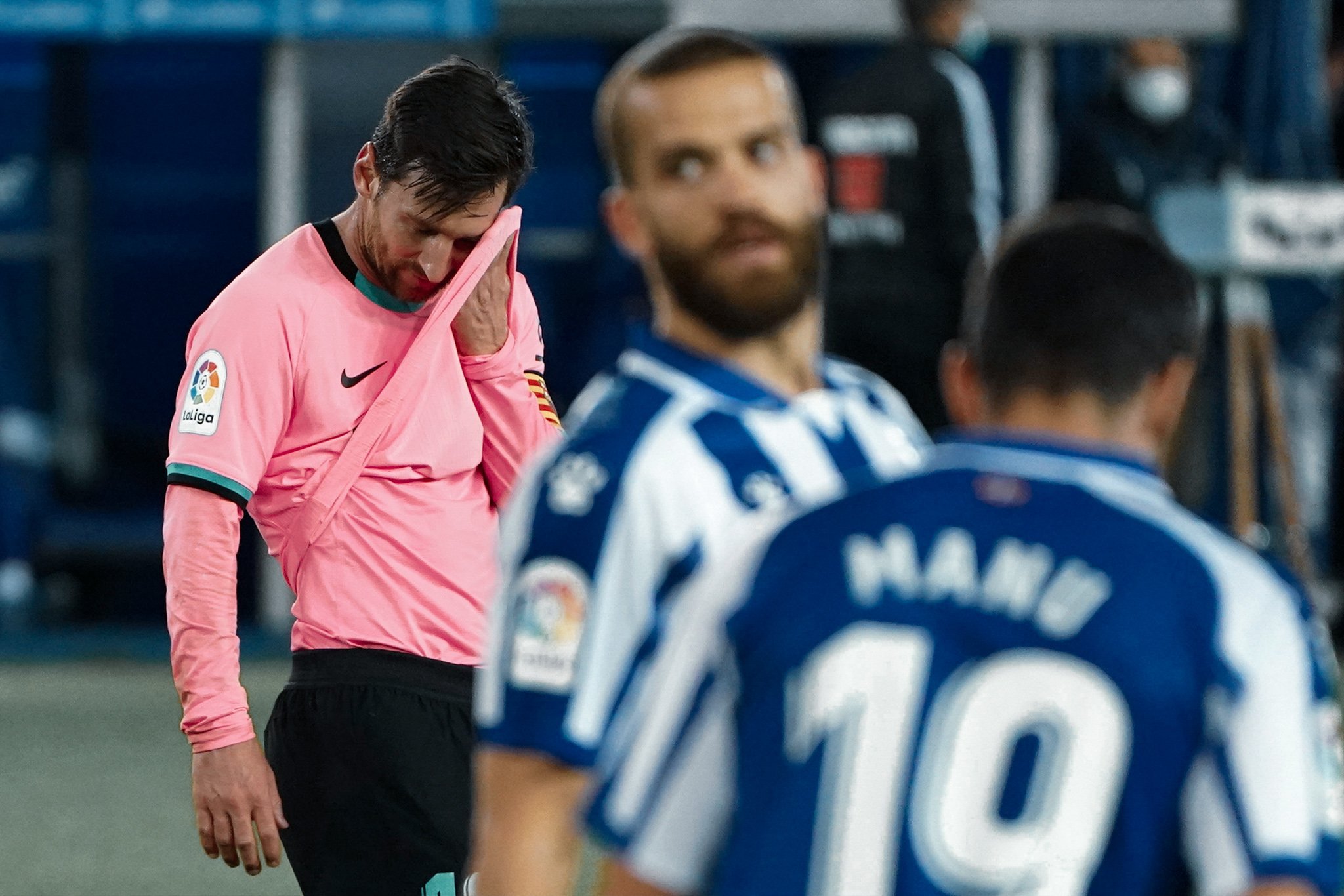 If the objective for Barcelona for the present season was to make up for what was lost in its predecessor, then they have gotten off to the possible start. In nine matchdays in the current campaign, the Catalans have garnered up a measly eleven points from a possible 24, and even with 30 matchdays yet to play, doubts have been cast over their title credentials.

Leagues are lost in the first eight games

In his book Pep Confidential, Manchester City boss Pep Guardiola said that leagues are lost in the first eight and won in the last eight games of any given campaign. One need only look at the Barcelona and tumultuous end to the 2019/20 season for evidence of the same.

Despite heading into the lockdown holding a two-point advantage over nearest challengers Real Madrid, Barcelona proved to be the perfect test subject for what Pep Guardiola’s experiment. In the final eight games of the season, Los Blancos won 22 points while the men in Garnet and Blue garnered up just seventeen. Why so?

Well, a panoply of systemic issues ranging from the incompetent management of Quique Setién to the atrocious defending from the back four as well as unexpected injuries were enough for the Blaugrana to concede the title.

A pattern all too similar — if not worse — is repeating itself in the current campaign. As mentioned before, the former champions have won just eleven points from a possible 24 and are on their worst start to a season since 1991-92 under Johan Cruyff. Some conspiracy theorists would argue that because it happened then, history might repeat itself, however, the context today is significantly different from that of the 90s.

With 23 points and sitting atop of the pile is Real Sociedad and they show no intention of slowing down. Not right now, anyway. Ten games into the season, the Txuri-Urdin have emerged victorious seven times, drawn twice and conceded defeat just once. They have hit the back of the net 21 times (best in the league), and have picked the ball from theirs on just four occasions.

? — Barcelona are currently placed 13th on the La Liga table. They are 12 points away from the league leaders (Real Sociedad), and are 4 points away from relegation zone. pic.twitter.com/DuECLJT0jt

Barcelona meanwhile are on one of their worst scoring seasons in recent history, averaging just below two a game while conceding just over one in each. To put into perspective just how disastrous a campaign this is turning out to be, the Catalans would need to taste defeat just once more to equal their record from the 2014-15 treble-winning season.

Much from this point on will depend on La Erreala’s form in the future. Based on expected goals and points, a dip might be on the cards, however, how drastic it will be, or if it will even come around in the first place, is uncertain.

A lack of tactical ingenuity

Koeman’s stubbornness has left the season in the dust for Barcelona. (Photo by GABRIEL BOUYS / AFP)

A handful of the matches played during the Ronald Koeman era that have shown glimpses of how his ideal Barça side should play, however, these sorts of performances have often been sandwiched between games that were, to say it lightly, deplorable to watch.

The Dutch manager does not seem to have a set plan of action for whenever the team finds itself a goal down. In moments where his critical thinking ability is put to the test, he seldom passes. Rather than insist on maintaining control of the ball by adding a midfielder or two, he completely drains the team of them, perhaps believing in the logical fallacy that more attacking players equal to a higher chance of winning.

Not only is he inept at making proper changes to the side when in a losing position, but his willful ignorance at the failures of his favoured 4-2-3-1 also massively contribute to the team’s inability to win.

Riqui Puig should be the symbol of everything Barcelona should strive to be, however, due to his preference of one formation and one only, arguably the Catalans’ best midfielder finds himself cast into the shadows.

If a system in which the midfielder that embodies the Barça way of playing is not playing, and the arrangement itself is barely living up to its expectations, then a continuation of the same will serve not only to widen the gap between the Blaugrana and the rest of Europe’s elites but also stray further and further away from what made them great, to begin with.

A crisis in the clinic

As if it were an epidemic within the dressing room, injuries have once again proven to be the incurable seasonal plague that Barcelona simply can not find a way around.

It would by no means be logical to place blame on the manager for these unforeseen and uncontrollable happenings, however in light of their title challenge, the more injuries come, the slimmer Barça’s chances are of surmounting a challenge worthy of being crowned the best in Spain, let alone Europe.

In attack, the Blaugrana are just one injury away from being forced into playing with three attackers upfront. It might force Barcelona to go back to using the 4-3-3, but it will stem from a position of compulsion rather than by design.

On the contrary, given the fact that Ansu Fati will be out for another three months, any lesion on either one of Ousmane Dembélé or Lionel Messi, the two most productive members of the current attack, could signal the end of any title challenge the Catalans, if there is one to begin with.

The absence of Fati and Pique will hurt Barcelona massively this season. (Photo by LLUIS GENE / AFP)

In defence, following the long term injuries sustained by Gerard Piqué and Sergi Roberto, the same horrid storyline repeats itself. The two-time treble winners find themselves just two injuries away from having just neither a centre-back nor a left-back. The shallowness the defence faces today, in comparison to the depth it nearly boasted just two months ago shows to what extent football’s hand can be as unpredictable as it is cruel.

Given the trend, Barcelona have found themselves victim to over the past two seasons, another wound might be somewhere around the corner. Of course, no one in the Barça camp wishes this upon their players, however, the odds seem firmly stacked against their favour.

Any scope left for Barcelona in this season?

Barcelona is by no means a club known to surrender, in any season — in the La Liga at least —, but finding themselves a whopping twelve points behind this early on makes the task seem almost unsurmountable. As unlikely as it sounds, the Blaugrana still do have a chance to clinch the title for the 27th time.

For this to happen, however, Barcelona will not only have to weed out some of its core systemic problems but also pray that fate’s cruel hand will not strike them another blow. The problems Barcelona face are not set in stone, fortunately. They will need plenty of mental strength, tactical ingenuity and luck to go the extra mile and do the impossible.