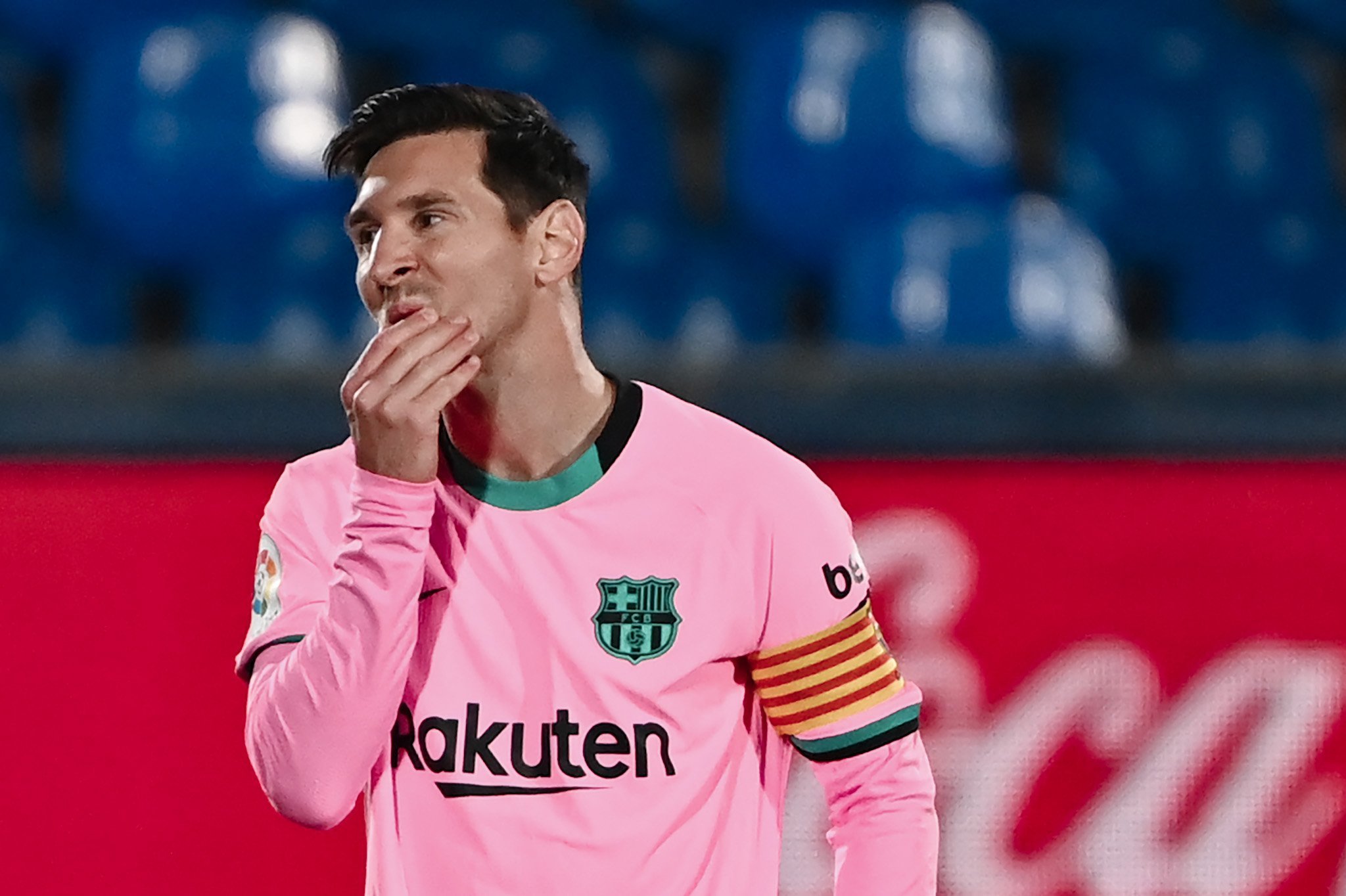 Barcelona visited the Coliseum Alfonso Perez for their fourth gameweek of the La Liga season, and like a lot of fans suspected, dropped points. Getafe won their first game against the Blaugranas since 2011, when they won 1-0, completing the prophecy by winning with the same scoreline yesterday.

The Catalan players have to pick themselves up from this, but they also have to see what they did poorly in this game to win El Clasico and the next Champions League games. Barça Universal presents the player ratings from the Culés loss at the Coliseum.

Neto was one of the few players who held their own against Getafe. Indeed, the Brazilian conceded a goal form a penalty. Still, he did save Barça on many occasions, especially in the dying minutes when Getafe were giving their all to double their lead. The former Valencia keeper was one of the few players to keep their heads above water and not drown under the Getafe offence.

Holding a shot from Blaugrana Marc Cucurella near the end, tipping a shot from a Getafe attacker in the dying minutes and putting pressure on Kenedy when he had the chance to score the dagger, Neto was decent in a side that looked lost.

After a good performance against Celta Vigo a few weeks ago, Sergi Roberto’s display against Sevilla left Culés wanting more from their La Masia graduate. At the Coliseum, Roberto was invisible in attack and not effective in defence. Once against, nearly no attack came from his side, and he couldn’t help his teammates find a way when they were chasing the game for more than half an hour.

Replaced by Riqui Puig, Roberto was far from decent and perhaps gave Ronald Koeman more reasons to start new signing Sergiño Dest in El Clasico. The Blaugrana outfit dearly missed a presence on the right especially as Lionel Messi needs the ball at his feet if Koeman wants to play him on the wing.

Gérard Piqué is usually a class defender, especially on his day, but he wasn’t great, as well as not being specifically bad. The former Manchester United defender did not make any big mistakes and tried pushing the team to victory by being vocal after Jaime Mata’s goal, but failed. While still having a decent game, Piqué tried to grab a goal or to open up the play but didn’t stand out as his team sunk in the second half, searching for that elusive equaliser. A blip by an otherwise consistent defender.

Much like his partner in defence, Clément Lenglet was far from his best. Perhaps it was Getafe’s solid line or the attackers that didn’t open as much as they used to. Still, Lenglet didn’t provide the same kind of performance that he normally proposes, especially with killer long balls that penetrate the defence easily.

The centre-back stayed back while Piqué chased the equaliser and contained the attackers well, but he still let Cucho Hernandez go through on goal, only to be saved by Neto. Again, much like Piqué, Lenglet will surely pick it up before El Clasico, and this sort of performance from these players shouldn’t be overthought.

One of the few players that showed what they are truly capable of, Sergiño Dest did not disappoint for his first start as a Culé. Playing on the left because of the fitness issue in the left-back department, Dest was a surprise as he kept bombing that left flank helping Ousmane Demélé and theu Ansy Fati by offering the wingers a solution when they were lost.

The American defender was very close to already registering his first assist for Barcelona, as his cutback to Leo Messi resulted in a shot that landed on the post. Unlucky for Barça, but also a decent display from Dest, who now looks ready to take the right side by storm once Jordi Alba comes back.

The Barça midfield wasn’t the one the fans saw against Villarreal and Celta Vigo a few weeks ago, but they still somehow proposed some interesting passes to a game that was otherwise dull from the get-go. Sergio Busquets, while still searching for his old form, was adequate and created some breaches in the opponents’ midfield. His natural calmness was obvious as Barcelona kept most of the ball.

Frenkie de Jong is the reason why Barça conceded a penalty yesterday night, but he still didn’t sink against Getafe. Firstly, he was really unfortunate to give away the foul on Djené, which could have come at anyone’s cost. Second of all, he’s one of the few who kept looking for an opening with his passes and runs into the midfield.

Whether it was his pass to Ansu Fati, offside by a few millimetres, or his runs into the midfield to open the game a bit, de Jong wanted to make up for his mistake and showed great resilience. While he deserves a rating as high as Busquets’, he still made a costly mistake, resulting in a fair deduction.

Antoine Griezmann sent a message to Ronald Koeman after scoring a peach of a goal against Croatia earlier this week, and the Dutchman heard him. In Koeman’s 4-2-3-1, Griezmann was initially playing in the middle, undoubtedly making Didier Deschamps smile a bit.

However, despite Griezmann being closer to home, it still didn’t fit him enough as the Frenchman possibly cost Barcelona the game by missing a great chance in the first half. Other than that, he was invisible in the attack, and Koeman got rid of him too late. Perhaps it’s the system, but the former Atletico sensation has a lot of explaining to do after such performance.

One of the biggest surprises of the start of the campaign, Pedri started his first game ever for Barcelona at the Coliseum and looked like one of the few sparks in a lost team. His dribbles, his ability to draw defender towards him, his superb awareness of his surroundings, Pedri has got it all, and he showed it against Getafe.

He displayed his quality as he opened the way for Dest to pass the ball to Messi before the Argentine smashed it on the post. He also gave a peach of a pass to Griezmann who skied his shot. Surely the best player on the pitch before leaving it, Pedri will make heads turn for the Culés this year. Making everyone forget about Philippe Coutinho’s sublime start to the season is no easy task, and Pedri surely did it.

Ousmane Dembélé started his first game in 325 days against Getafe, and the rustiness was obvious as he began the game horrifically by losing the ball 12 times in 30 minutes. Nevertheless, the Frenchman picked it up a bit and, with his dazzling dribbles, tried to find gaps between the well-drilled Getafe defence, but to no avail, unfortunately.

One of the few who tried relentlessly, he wasn’t good enough, and his substitution was justified. Naturally, Dembélé is still not at his level best and might benefit from a few games with less pressure, as he looked too cautious at times.

After a week of laughs and smiles in South America, a lifeless Leo Messi came to the Coliseum and, with a bit more luck, could’ve put his team in front. Deployed on the right, Messi was not as solicited in the attack, and this is perhaps the proof to Koeman that Griezmann does not fit in his system.

The captain still opened the game on a few occasions with a shot that landed on the post and a great cross from a free-kick just missed by Clément Lenglet. He also could’ve equalised in the dying minutes of the game, but his shot was too wide to trouble David Soria.