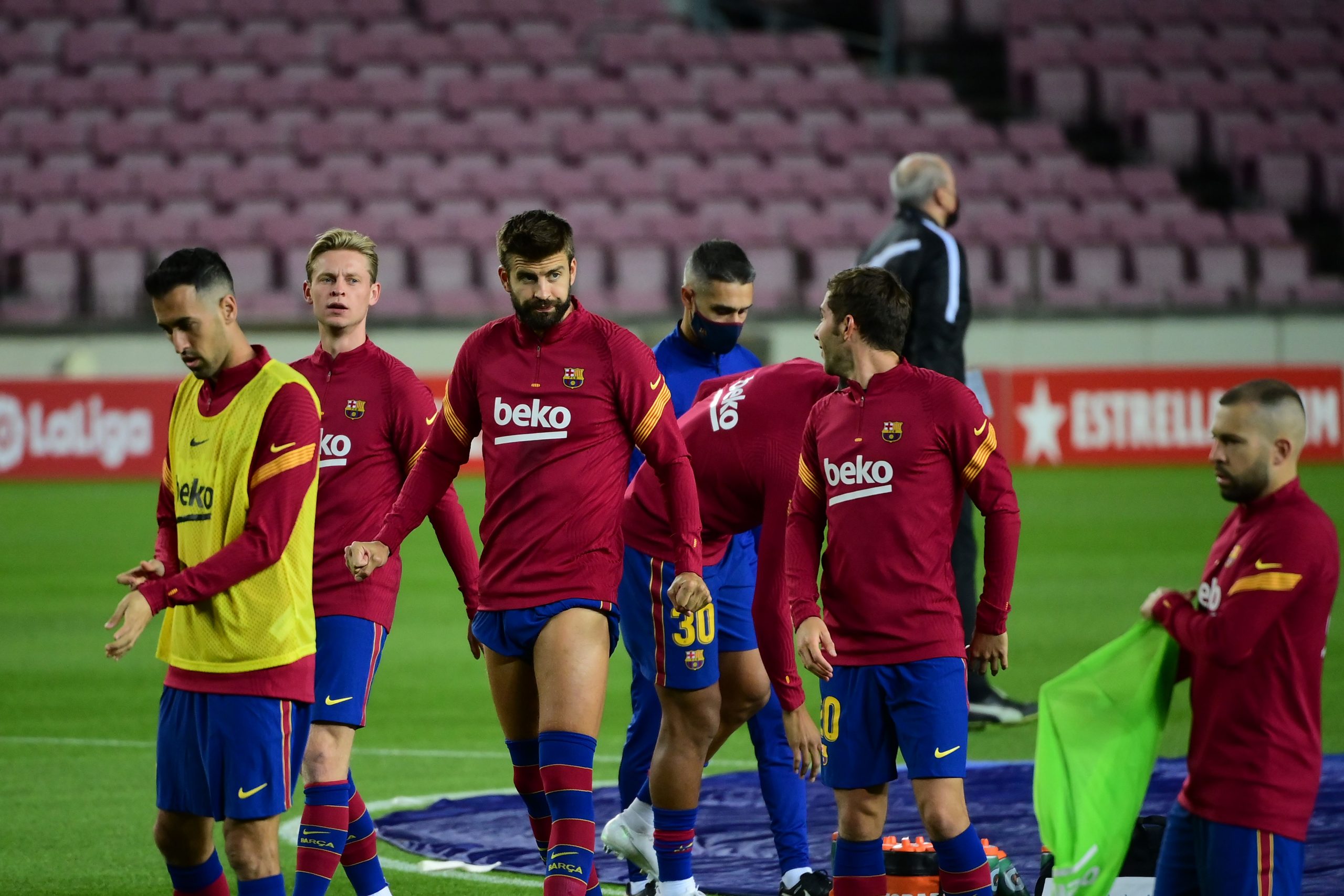 Gérard Piqué has gotten a red card against Ferencvaros for a really late challenge on one of the Hungarians’ attackers. As well as giving away a penalty, the defender left his team with 10 men as Philippe Coutinho was subbed off for Ronald Araujo. For his first game back in the Champions League, Piqué did not do enough for Barça.

This red card also means the former United defender will miss the game against Juventus, which is sad for him, but Barcelona shouldn’t fear the loss of Piqué as they have Ronald Araujo, who has already replaced Clément Lenglet due to a red card this season.

The Uruguayan is one of the brightest spots in that squad who emerged last year under Setién and he’ll have the significant task of replacing Gérard Piqué against such a big opponent, something he should be able to do as he’s really composed and used to be the replacement in case of emergency.

For Piqué, however, it’s a bad night he has to erase from his memories as he’s about to face Real Madrid, a team he hates, on Saturday, a much bigger fixture than playing Ferencvaros. Hopefully, Piqué bosses El Clasico as he usually does.