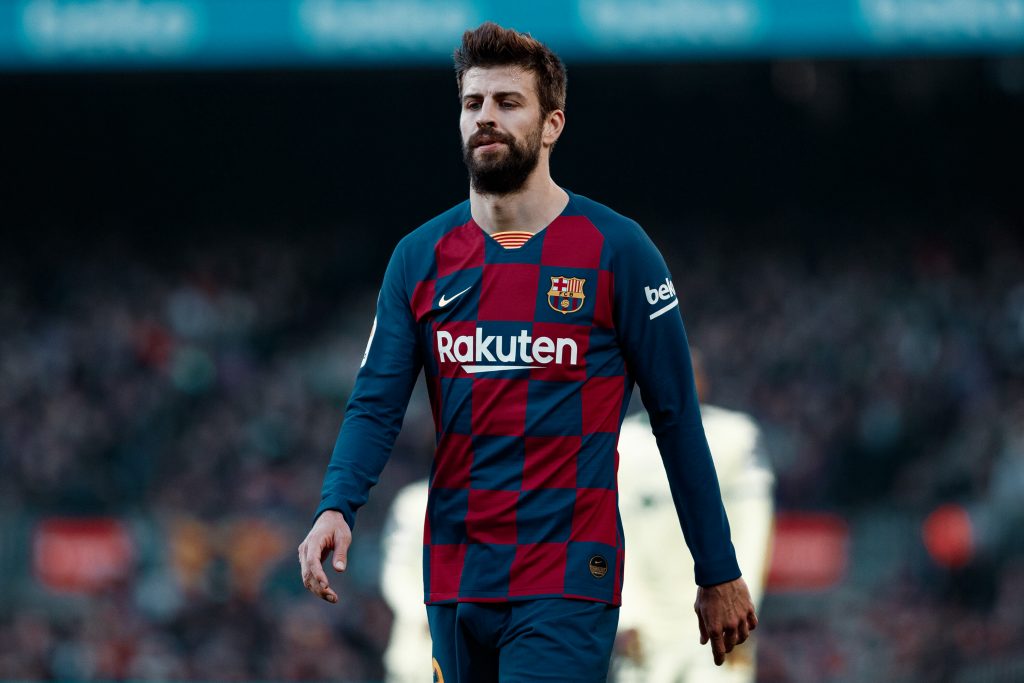 It is not the perfect season for Barcelona, but there are a few reasons to be satisfied. Among them, Gerard Piqué, who, with his consistency, fight and intelligence has become more essential than ever at Barça. One of the team’s best players this term.

Gerard Piqué started the season at Barça in a disappointing way. The world of football began to doubt him, thinking that it was already the twilight of the career of the blaugrana legend. The reality is that he had many defensive mistakes, he did not seem physically or mentally focused, and game after game he demonstrated that he was far below his best level. However, once again, Piqué has made a brilliant bounce back to lead the defence of the Catalans.

Since midseason, Gerard has been perfecting the details in his football until becoming an almost flawless player on the defensive side. From there, with the arrival of Quique Setién, Piqué has been improving more and more until, with the return of La Liga, he has played every match in a masterful way. He has been one of the most responsible players for Barça’s great defensive work and high number of clean sheets since the break.

Since the opening post-pandemic game against Mallorca, Piqué has had an average of 77 passes per game with an effectiveness of 96%. Something surprising considering that he is a centre-back. Not only that, but he has also excelled in terms of interceptions, clearances, tackles and low number of errors. In addition, the culés have kept six clean sheets in the nine games played, all of them featuring Gerard.

But not all of Piqué’s work can be measured by stats. The Spaniard has been displaying an immense intelligence in his positioning, in moving the ball out from the back and in closing down spaces, doing everything in an impeccable way.

“In the end, being at a club like FC Barcelona who must win titles, you have to stay motivated, and often times, using your head is more important than using your body”

Moreover, as everyone knows, Gerard Piqué is quite a character off the pitch. Charismatic even to enter the parking lot of the Camp Nou by bicycle, and with enough confidence to protest jokingly in the face of referee Matheu Lahoz against Real Valladolid. Also, he never minces his words in press conferences, transmitting the reality in his eyes or encouraging the rest of the team to continue fighting in the title race.

This superiority that he exhibits in front the media is later implemented in the matches, generating a perfect symbiosis with all the elements. Attitude and talent to retain total hegemony on and off the pitch. A born leader capable of building an empire with his football.

With two games to go in La Liga, Piqué is undoubtedly one of those who will want to continue fighting until the end. And the end is not when the league is over, but when the full season ends with the Champions League in August. With enough rest and with the level that the number 3 is showing, Geri will be an essential piece to increase Barcelona’s chances of going far in the European tournament.

For now, fans have to continue enjoying Gerard Piqué, who, despite all the discussion surrounding him, is one of the all-time greats in his position. Piqué will continue to prove himself by being Piqué, and there are no other words to describe what he means. Simply: Piqué.

Years go by, players grow old and the rising youngsters take the places that the legends leave. But Gerard is different. Like a good wine, the older he gets, the better. Every year he is improving himself. Each season he solves the deficits of the physique he is naturally losing, to end up being better than in the previous campaign. There are many reasons to be disappointed at Barça right now, but Gerard Piqué is one of the few to be thankful for.