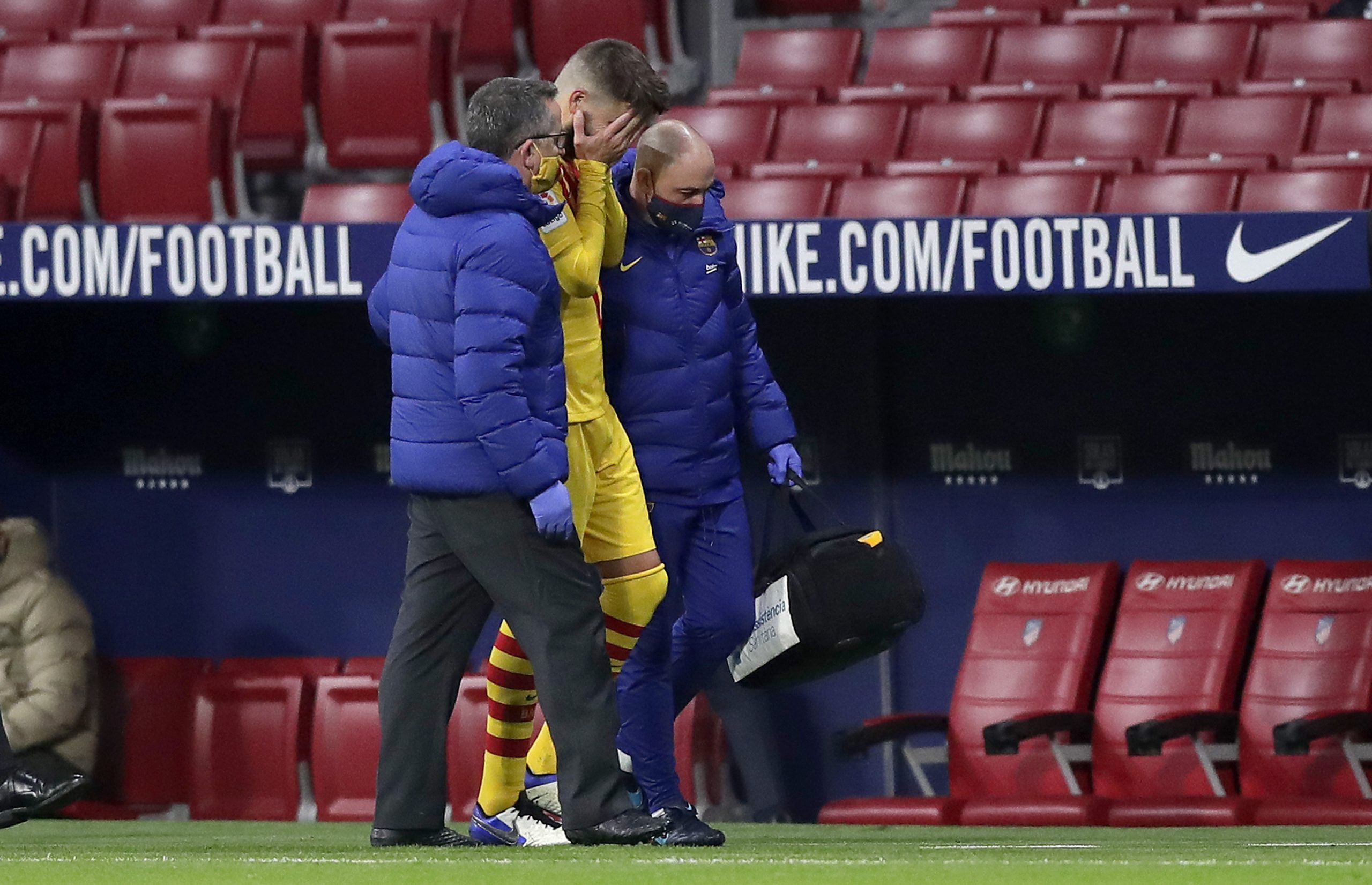 Barça’s loss to Atletico was horrendous. The Catalans were outplayed and deserved to lose away to a title rival. During the game, Gerard Piqué suffered a knee sprain.

The Catalan defender could miss four to nine months of the competition, according to the reliable Cat Radio. This means Barcelona will have to fare without their best defender for the rest of the season.

With Piqué out and Ronald Araujo far from recovery, it is either time for Samuel Umtiti or Frenkie de Jong to step up at the back. The Catalan side is already depleted. They have lost many pivotal components of their game, and Piqué is another one to add to the list.

At 33, it could also mean that Gerard Piqué played the last game of his career. The defender left the pitch in tears and broke every Culé‘s hearts. After a decade of playing at the highest level, Piqué’s absence will leave a big hole in the Barça fans’ hearts.