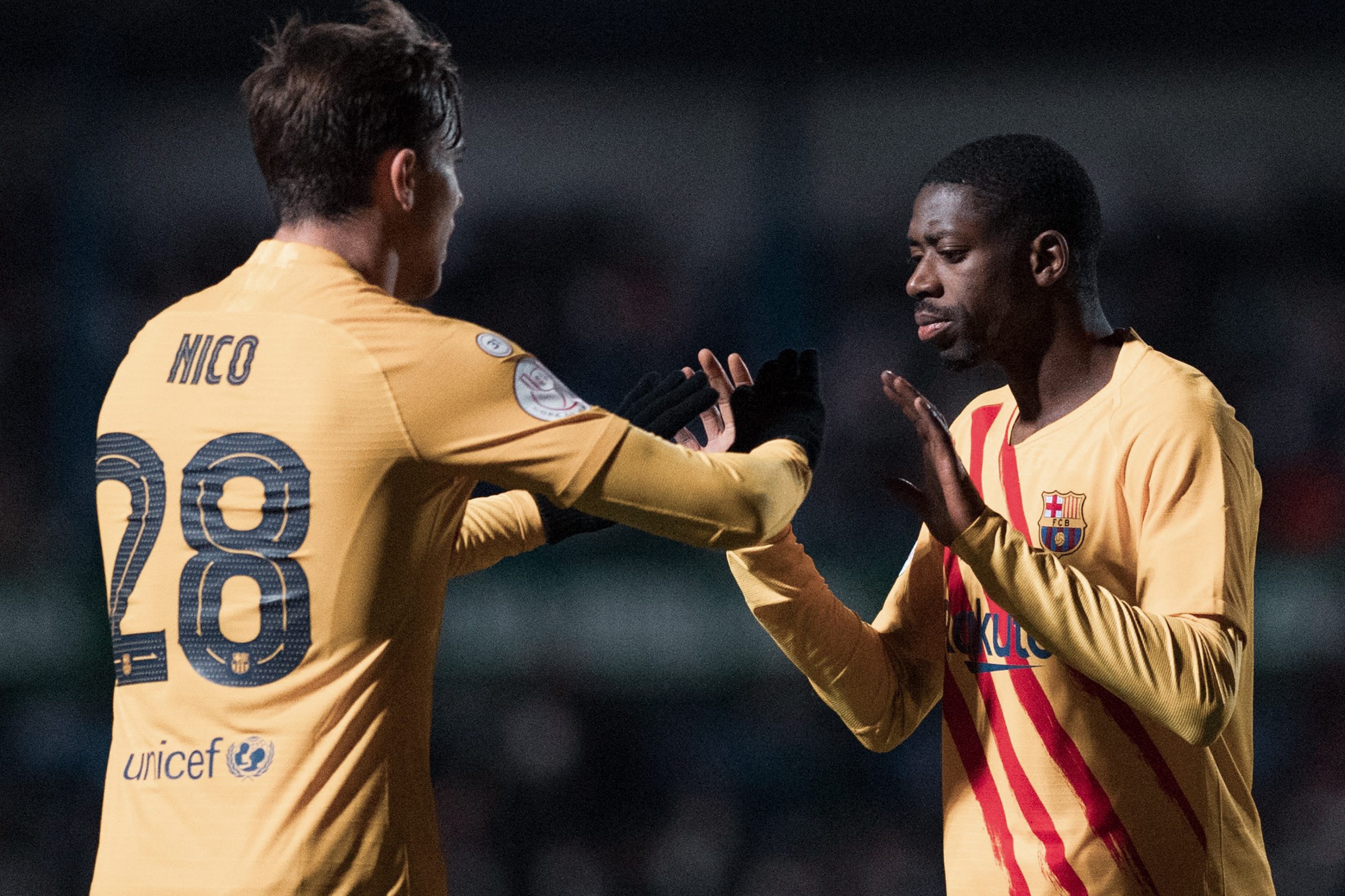 Faced with the third away game of the week, Barcelona will take on Granada in gameweek 20 of the 2021/22 La Liga season. A win could help them leap directly into the top three as the rest of the podium-sitters are tasked with challenging games.

The Blaugranas are coming off a heated Copa del Rey affair against Linares Deportivo. They came out of it as victors, though, courtesy of a winner from Ferran Jutgla. However, they did lose two more important players as Ronald Araujo and Frenkie de Jong picked up injuries.

On the bright side, Barcelona have a few players back, including Gavi, Alejandro Balde, and Sergino Dest, all of whom tested negative for COVID-19 today. Luuk de Jong is free to start as well after serving his CdR suspension. But how will the team shape up for this crucial encounter?

Ousmane Dembele may have made a mockery of Barcelona in the last few weeks after rejecting a contract renewal offer and asking for €40 million in salary, but he continues to be a key member of the attack. The right-wing will be his for the taking.

Luuk de Jong was not a part of Barcelona’s proceedings during midweek, but will likely spearhead the attack tomorrow. He will be joined by Ferran Jutgla who will start on the left.

Xavi is boosted by the return of his beloved Gavi, who will most certainly get the nod in midfield. Nico Gonzalez will take charge of the other interior spot in the 4-3-3, while captain Sergio Busquets starts at the base of the midfield.

Riqui Puig put up an abysmal display against Linares and will likely be reduced to a bench appearance tomorrow. The same goes for Ilias Akhomach, who has now started two games in a row.

Gerard Pique was the best player on the pitch as Barcelona saw off Mallorca on the weekend, and will return to the starting XI as the centre-back. His job becomes all-the-more tough in the absence of Ronald Araujo. He will, however, be joined by Eric Garcia in the heart of the defence.

Clement Lenglet and Samuel Umtiti’s involvement is up in the air, too, after the French duo contracted a stomach bug during the week.

Dani Alves started and played all 90 minutes of the King’s Cup clash, but it is safe to assume that at 38, he will not be able to play consecutive games. The Brazilian could, however, be called off the bench if Barça are chasing the game; his vision is s

Oscar Mingueza has registered two assists within a week, and there is no doubting his involving tomorrow, either. If fit, Sergino Dest could see the green of the grass for a few minutes, though. Jordi Alba will be tasked with providing width from the right.

Marc-Andre ter Stegen was the late hero for Barcelona last weekend and will continue in goal. One hopes that the game-winning save may have given him a confidence boost, as the fixtures continue to come hard and fast during the second half of the season.