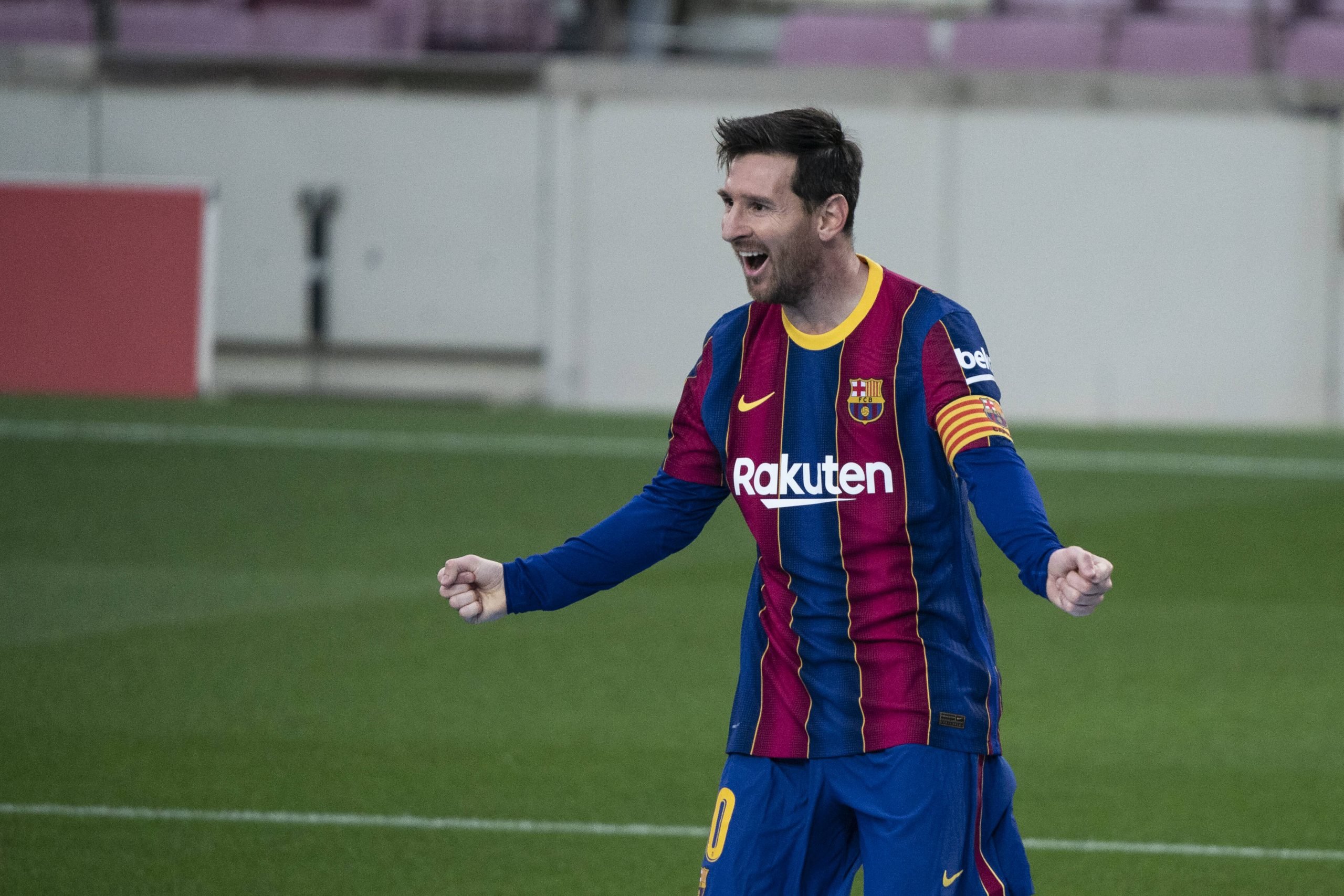 Photo by Joan Gosa via Imago

Reports have revealed a Barcelona-squad meetup at captain Lionel Messi’s house. Following the Catalans’ crucial 3-2 victory against Valencia and prior to their weekend matchup against Atletico Madrid, team morale seems to be high, absolutely necessary given the tight league race.

Interestingly, there were celebratory chants from the house that could be heard from across the street, caught on the video down below. The “Campeones” chants are worth noting because Barça are still in the race for La Liga and are currently sitting third. Although, they are likely attributed to the Catalans’ recent Copa del Rey win.

Naturally, the reunion – or celebration – brings up certain questions. One might say it’s merely a chance for the team to rally together in the home stretch of the campaign, but others may think it’s a farewell for their captain. Messi’s future has been a major storyline throughout the 20/21 campaign, as his contract expires in the summer and he is yet to renew.

Nonetheless, there is still a trophy to play for so the timing for any farewell meeting would make little sense. In all likelihood, the celebration served as a time for the team to get on the same page and boost morale before their final four league matches. If one thing is for certain, it’s that winning another trophy could help entice Messi to stay with the Blaugrana.

Some images of the players arriving at the celebration at Messi’s house.

La Liga is no longer in Barcelona’s ‘hands’, meaning they can win all their remaining games but still rely on either Atletico Madrid and Real Madrid to drop points. Fortunately, Barça bounced back from last week’s 2-1 loss to Granada by confidently beating Valencia at the weekend, but they will face off next against Atletico in what could be a season-defining fixture.

In all, the squad coming together is a testament to Messi’s leadership and can only be a good sign for the upcoming matches.