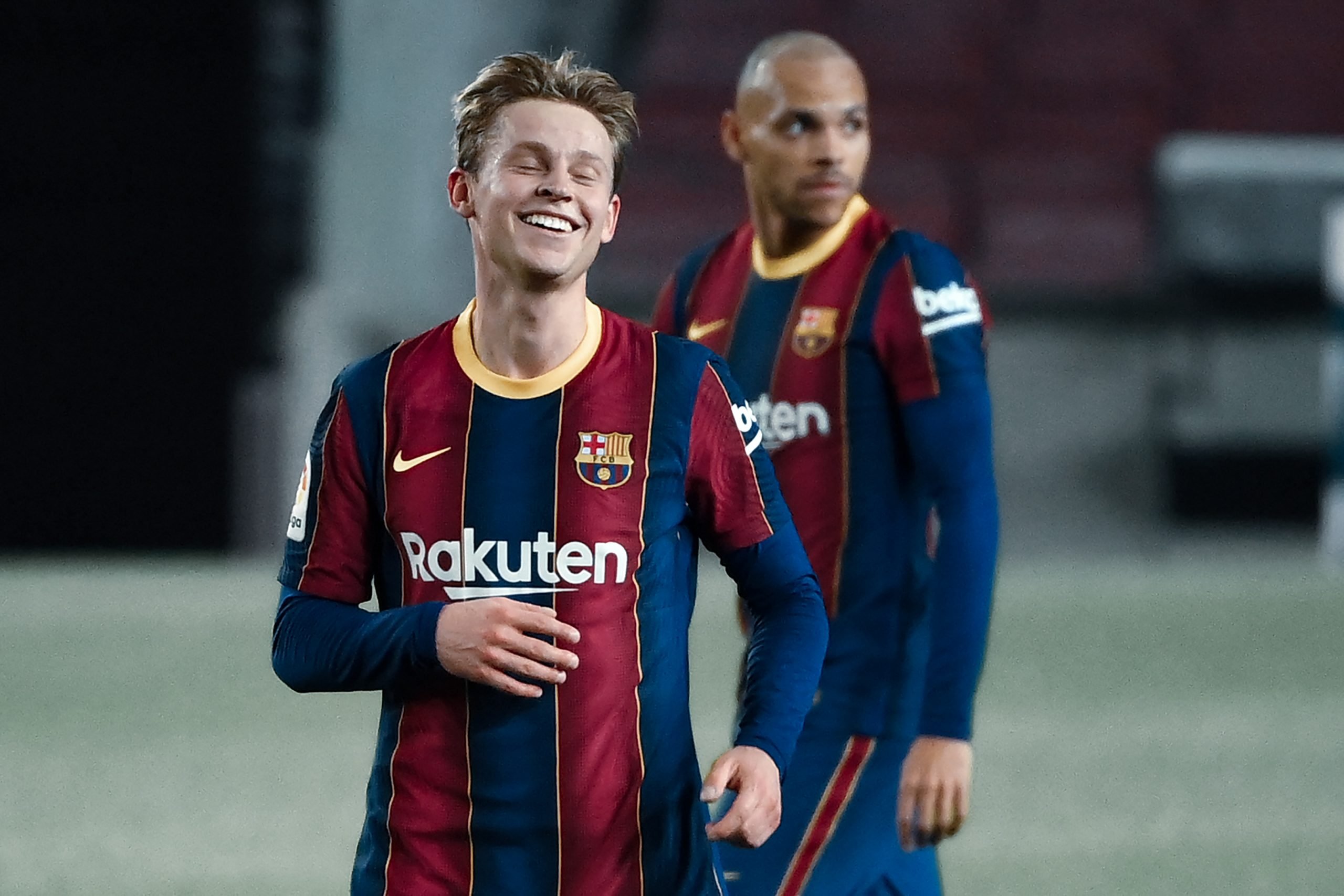 Perhaps the most profound negative of playing in Barcelona is that regardless of one’s age, experience or origin, they are, inevitably, expected to perform at or near the levels exemplified by Xavi Hernandez or Andres Iniesta. More often than not, these expectations are met with nothing more than abject disappointment as they are just too unrealistic for the simple fact that players of their quality and calibre are few and far between.

Enter Frenkie de Jong, a 23-year-old Dutch midfielder from Ajax of Amsterdam. Brought to Barcelona as one of Ernesto Valverde’s big-money signings, the youngster arrived following a remarkable debut season with the Dutch giants in the UEFA Champions League in a campaign that saw de Godenzonen win the hearts of millions with their tantalising brand of football.

He was at the core of the side and such was the quality that oozed from him that former Barcelona President José Maria Bartomeu went all the way to the Netherlands to get his signature in person. One and a half years into his tenure at the club, many have questioned the legitimacy of his signing, primarily as a result of the lack of proportionality between his transfer fee, his immense salary and his performances.

Finally, after the trials and tribulations, de Jong is revitalizing the hope in him that was nearly lost amongst Culés with his performances of late.

A tumultuous start to life as a Blaugrana

Players as gifted as Frenkie de Jong are hard to come by. Given Barcelona’s sheer desperation for a player of his profile, the €75 million the Catalans dished out — going up to €86 million in variables — was more than worth it. Barcelona were just one among a host of clubs that wanted his signature, but the desire to have him in Spain’s second-largest city was mutual between both him and the club.

To say that up until recently the Dutchman has been poor would be greatly disingenuous, however in the same light, saying he’s proven to be worth the potential €86 million would be so too.

Given the fact that he’s come from Ajax’ de Toekomst — the closest known academy to Barcelona in terms of quality — there are certain aspects of a midfielder’s game that are simply non-negotiable as long as one is in Barcelona’s Garnet and Blue.

These come in knowing whether or not one is adequately positioned to receive a pass by surveying their environment, evaluating the potential of them advancing with the ball, or the chance they might be dispossessed the second they receive it. In addition to this, it is imperative that the Barça midfielder know when best to play the pass, where and when best to dribble, whether or not these actions create positional superiorities, and this too in a matter of seconds within receiving the ball.

These are attributes he showed in abundance at Ajax, however, once at Barça, they seemingly dissipated. For most of his time as a Blaugrana, de Jong has shown complete ineptitude at hastening or at least maintaining a fast-paced tempo.

One of the biggest and most prevalent criticisms of the Dutchman comes in the fact that he takes far too many touches on the ball, with the problem coming in the fact that unlike with Lionel Messi, these touches have a tendency to slow down the play, breaking down attacking phases before they even begin.

There were, of course, some games where his magisterial dribbling aids Barça’s cause, however, for the most part, they came to nothing. His passes, while often made at an accuracy of upwards of 90%, were often fruitless. Far too many went sideways, and while this helped maintain possession, for the time being, it did next to nothing to advance the ball forward.

As can be seen, while the Dutchman is a man of abundant quality, his biggest flaws came in his inability to influence a game’s outcome. Players progress at different rates, with this going anywhere from a few weeks to a year. Up until recently, de Jong had shown next to none of this due to his slow wittedness on the ball and his poor decision making off it.

For most of the time, his most staunch supporters have blamed the flawed systems of each of his managers for his level of play; as they did and still very much do with Philippe Coutinho.

While it is true that having Ernesto Valverde use a man who was once a ball-playing centre-back as a wide-midfield out of convenience was far from beneficial, doing so takes the blame and criticism away from where it truly should be directed to, leaving de Jong no accountability for his actions. Frenkie de Jong looked like a shadow of his Ajax self, and there was no escaping it.

For the most part, there was an internal consensus among Culés that Frenkie de Jong was meant to be a central defensive midfielder either in a solitary or double pivot. After all, this was the role that got him into the public sphere, and with Ronald Koeman, a man who used this system for large parts of his managerial career, this shift in style was a heaven-sent for the 23-year-old.

Several months into the new system being implemented, de Jong inconsistency showed its face once more. He struggled to impact games significantly, only having occasional outings where his best level was shown. The vicious claims against Ronald Koeman, that it was his system, the one tailor-made for the Dutchman, and not de Jong himself that was to blame for his failures began to creep up.

The critics were correct about a problem in the system, however contrary to popular opinion, the best way to exploit the midfielder’s talents was not by tying him down to just the pivot role, but rather by giving him an unlimited range of motion on the pitch, not as a pivot, but rather as an interior. Ever since this subtle shift in the system, Koeman has consistently gotten the best out of his prodigy.

It stands to reason that a player who thrives with space does much better with a broader field of view than that which is provided to him in the central defensive midfield. His dribbling can also be exploited far better when he isn’t facing the existential dread that would come to haunt him would he lose the ball to an opponent when being pressed just in front of his own half of the pitch.

Playing in this more advanced role has taken him out of his comfort zone, however, doing so has come with none of the repercussions that presumably should have plagued him. Rather than look like a fish out of the water, de Jong is as graceful as a swan in a pond.

He suddenly shows a complete understanding of his role and all three expectations that come with it. His spatial interpretation and quick movements, coupled with his cut, and thrust passing — exemplified by his surgical through ball to Antoine Griezmann from near the halfway line against Granada — have drastically shifted the public opinion on him, and have done so for the better.

The Dutchman’s willingness to expand his horizon from just the pivot role to roles further up the pitch is further testament to his professionalism and his commitment to better himself. Success simply does not come on a silver platter, and he either had to change with the times, lest the times change without him, leaving him begging for minutes in a midfield that would otherwise have evolved past him.

Such is his improvement over the course of last month that he has caught Bayern Munich’s eye for the second time in as many years. They certainly have a far more alluring project than Barça’s, however, the Catalans simply cannot afford to let him leave.

If they were to concede to their Bavarian counterparts, with him just easing into his new find role, it would simply display a complete and utter lack of patience from the Barça board. Like Thiago Alcantara in 2013, this is a decision the Blaugrana could live to rue for an eternity.

It is imperative that they remember that even Xavi and Iniesta got into the prime of their respective careers in their late 20s, therefore giving up a potential world-beater could be detrimental to any of their plans of becoming a European superpower in the near future