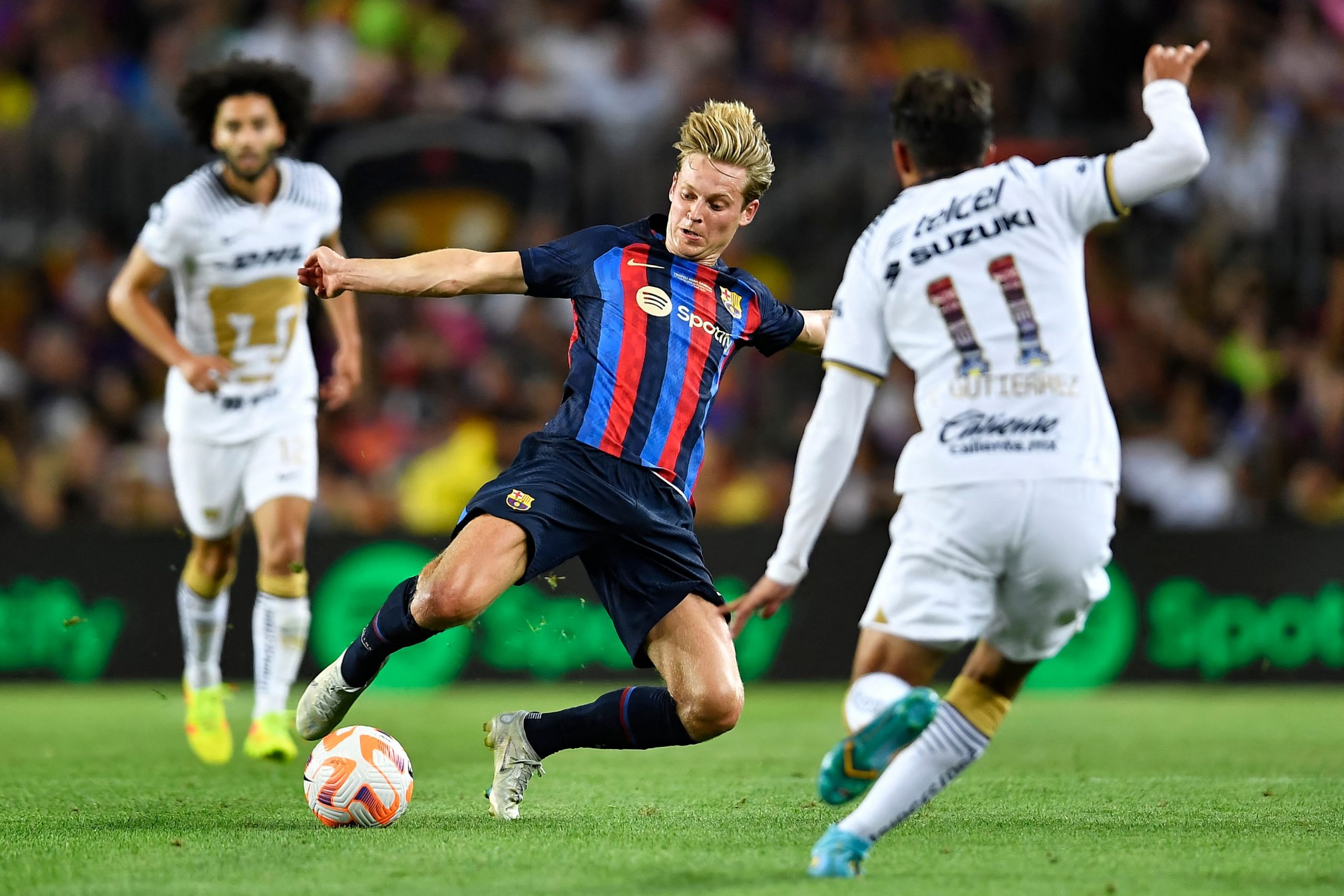 Frenkie de Jong’s future at Barcelona has been dominating the headlines as the club have been trying to offload him all summer long.

The Blaugrana are not in a position to afford his increased wages going forward and also believe that his exit would help in registering the new signings without trouble.

Barça already have an agreement with Manchester United over an €85 million deal to sell the midfielder. Chelsea, too, have shown an interest in the 25-year-old. But, throughout the saga, de Jong has been steadfast in his stance that he does not wish to leave the club this summer.

However, there could be a change in the situation in the coming weeks as Mundo Deportivo reports that de Jong is seemingly warming up to the idea of playing for Chelsea in the near future.

While the 25-year-old still remains intent on continuing at Camp Nou, de Jong is reportedly admitting within the dressing room that Chelsea might be a ‘good option’ for him.

Chelsea, for their part, have shown a strong interest in the Netherlands international and have initiated talks with Barcelona over a move. However, they are yet to make a concrete offer as they want to receive a go-ahead from the midfielder himself, before ramping things up.

The report also states that the Blues would be willing to spend heavily on de Jong and offer him a lucrative salary while also taking care of his deferred wages.

Manchester United are not an option that de Jong is willing to consider, as he wants to join only a ‘top’ team playing in the Champions League if he were to leave Barcelona. So, he has acknowledged privately that Chelsea could be a good option for himself in that scenario.

If he were to stay at Barça, the club want him to accept a lowered salary and are even prepared to take a legal route to achieve that, as they believe there was an element of ‘criminality’ involved in the contract extension he signed in 2020 under the previous regime.

As things stand, this saga is far from over as Manchester United continue to make efforts to convince de Jong while Chelsea lie in wait to receive a green signal from him.