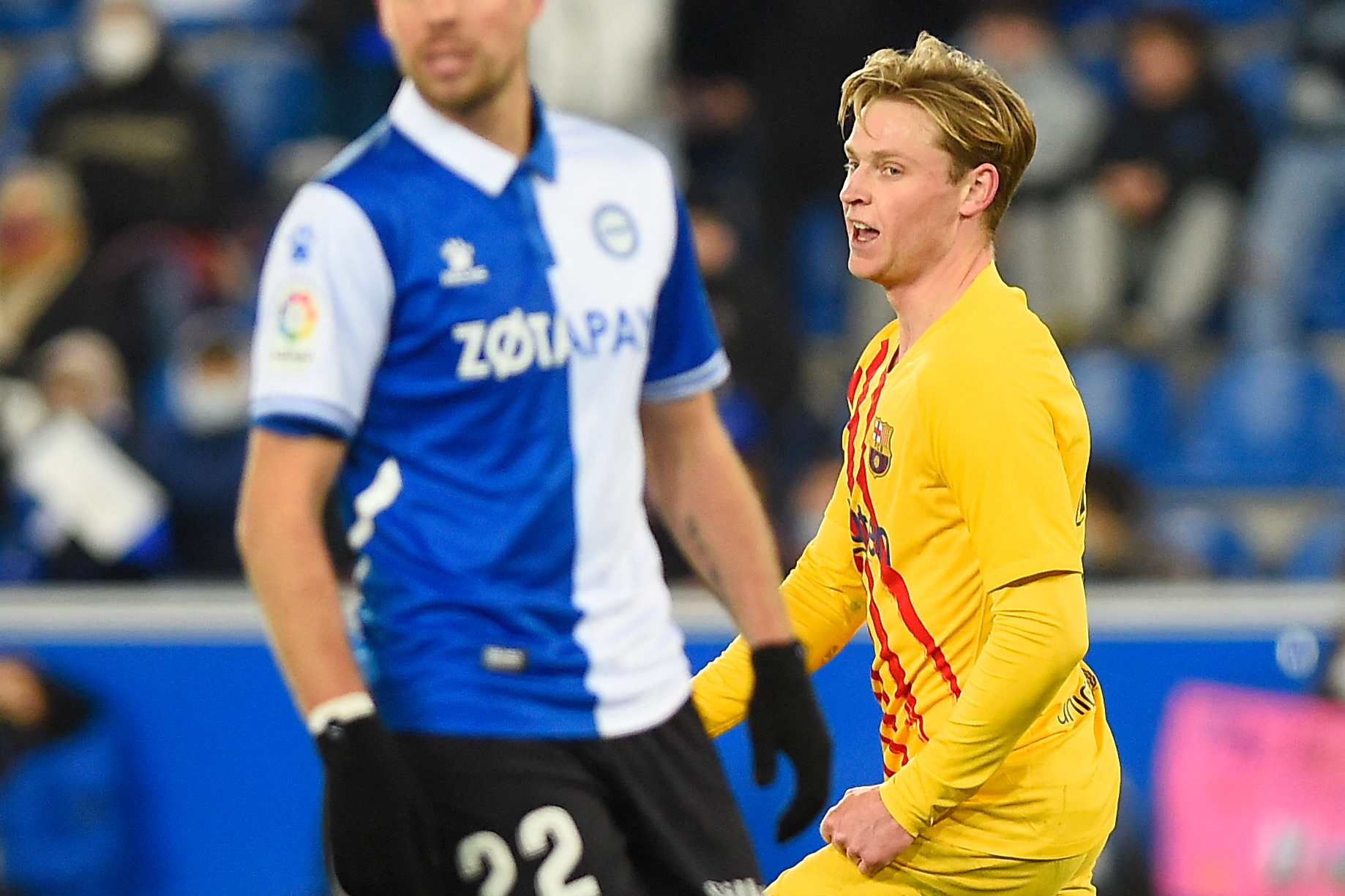 Barcelona ended their three-game winless streak in all competitions as they narrowly defeated Deportivo Alaves 1-0 in La Liga on Sunday night away from home.

The result, which came courtesy of an 87th-minute strike from Frenkie de Jong, helped Barça move up to fifth place in the La Liga standings, with the Catalans just a point shy of Atletico Madrid in fourth place.

And, speaking after the game, the match-winner, Frenkie de Jong, acknowledged the importance of the result, saying: “This is a very important win, it helps us a lot and gives us confidence,” before adding, “Our main is to qualify for the Champions League.”

However, the Dutchman was quick to admit that the team can perform better and needed to create more goalscoring chances. “Winning was very important, but we have to improve our game. We know that we have to create more scoring opportunities. We’re working on it,” he added.

Responding to the criticism that he has been attracting, de Jong said: “A lot of people are not watching the games well enough. I’m not happy with my game, but it’s not a disaster either. I’m not a better or worse player for scoring a goal. I have to improve.”

De Jong’s teammate, Marc-Andre ter Stegen also reiterated how crucial the victory was for the team, before adding that the upcoming break could be good for the players to recharge and come back stronger.

“I’m quite happy with the victory. It was extremely tough. It will give us confidence for what is coming up. We’ll have some rest now. It’s what we need to come back stronger,” the German international stated.

Jordi Alba also gave his verdict on the performance against Alaves, insisting that Barcelona needed to do more to create goalscoring chances.

“We weren’t good against Athletic, but I think we played well today, although we could have generated more chances. The attitude has been magnificent and in the end, we have had the prize. It tastes good and gives us the confidence to face the month of February, which will be very difficult,” the left-back said.

Alba has been at the receiving end of criticism of late, especially after his disappointing display in the defeat to Athletic Club. Responding to the critics, the veteran added: “If I play well they won’t talk about me, if I play normal they will criticize me for not giving two assists and if I play badly they will kill me.”

Speaking out on the fingers being pointed at himself and some other senior players at the club, Alba said: “I’m lucky that I have the respect from my teammates and the technical staff. I’ve been here for 10 years. When you lose, it’s always the veterans that get criticized.

“There are veterans everywhere, but it looks like only the ones in here get pointed at. We have been talking about veterans for four years. I am 32 years old and I feel strong. I know I’m not doing too well, and I understand the criticism.”

Signing off, the veteran defender insisted that Barcelona will continue to push for the La Liga title, even if it seemed out of reach at the moment. “We will try to win La Liga. We know it’s very difficult, but we will try,” Alba added.