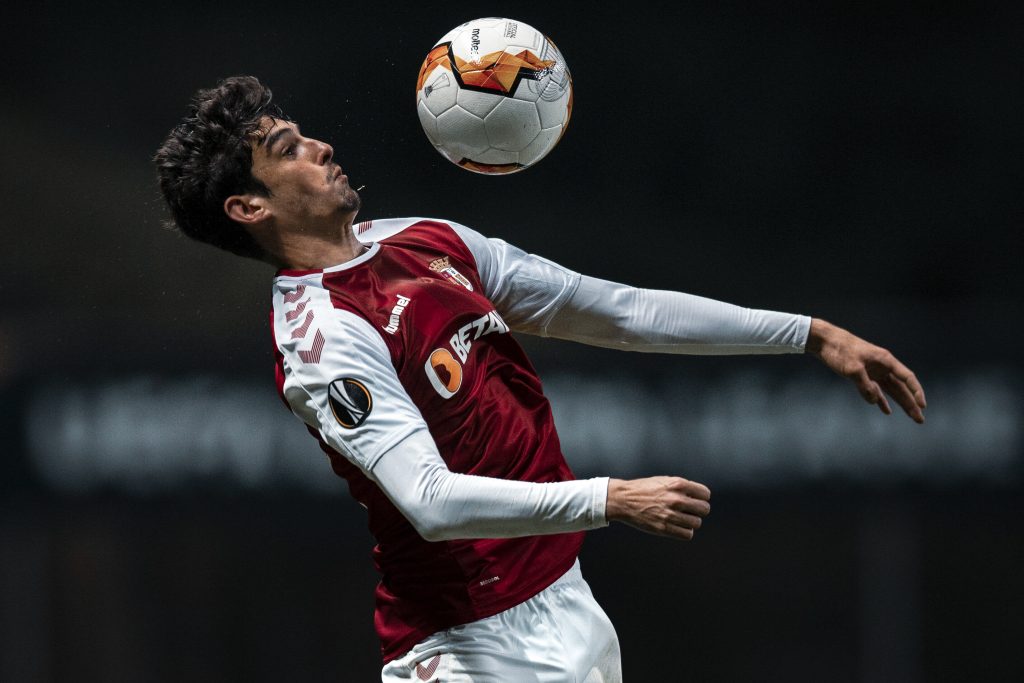 Braga’s tricky and gifted right winger Francisco Trincão will be arriving to Barcelona in the summer, and thus in this player analysis we review his profile, playing style and what he could add to the Catalan squad.

On 31 January 2020, Barcelona announced the signing of Portuguese forward Francisco Trincão. With a release clause of €500 million and a transfer fee of  €31 million, it’s clear that Barcelona have a lot of faith in the 20-year-old. He is one of the most promising Portuguese players currently. With rivals Real Madrid recently signing many young wingers such as Vinícius Júnior and Rodrygo, Barcelona have a clear aim of getting a reliable enforcement for the future in the form of Trincão. In this analysis, we take a look at what Trincão has to offer Barcelona and if Catalonia is the right destination for him.

Francisco Trincão is a forward who plays in the Portuguese Primeira Liga as a right winger or as a striker. 2020 has been his breakout year and his performance has reached new heights since Barcelona announced his signing, only strengthening the club’s faith in this signing. Trincão started out at his hometown club, Vianense SC.

Leaving his hometown, he had short spells at Porto and Braga. He made his debut for Braga B in 2016 and went on to score 6 goals in 46 appearances. His record for the national team is impressive with 10 goals in 18 games for the Portuguese U19. For Custódio Castro’s Braga team, he has really done well. He has scored 6 goals in 23 games, true, but his 6 goals along with 3 assists this season have been in just 17 matches out of which 10 he didn’t even start. His performance has improved since having more eyes on him due to the announcement of him signing for Barça.

How Trincão fits in the current system

Playing for Castro’s Braga side, the young Portuguese has most often played as the right-winger in a 3–4–3. He is given plenty of freedom to take the opposition head on and dribble frequently. Braga have had some problems in the managerial positions, but the 3–4–3 system implemented by Amorim is being varied on by his successor Custódio after the former was approached by Sporting and he left Braga for the capital. In this system, the wingers are given freedom to attack with overlapping full-backs. Though the team has been somewhat susceptible to counter-attacks, they maintain their possession football and Trincão is the one benefitted the most by this.

As the right-winger in this system, Trincão’s starting position is fairly wide. He has the freedom to move inwards a bit, and has the responsibility of tracking back when he gets dispossessed. As we can see from his heatmap, he drops back a lot when the team is defending and his physique which is tall at 184cm and stronger than it looks, he often dispossesses the opposition. Thanks to this, his team is able to maintain shape and can rely on him to provide support.

Following a possession-based style, Braga also look to attack on the counter rapidly. The pace and dribbling of Trincão allows him to be a major asset in these scenarios.

Trincão has racked up impressive numbers recently. With 1 goal every 127 minutes and 3 assists in just over 1100 minutes. That equals around one goal contribution every 90 minutes. But how does he produce these?

One of the things that benefits him the most is his experience playing as a striker. This has allowed him to develop an eye for goal leading to him ending up in really good positions in front of goal. In some scenarios, a winger and striker have different instincts. Let’s take a look at an example here.

Here, we see a teammate of Trincão’s looking to supply him with a pass into the box. Trincão has two choices here. One is to stay back and receive the ball just inside the box and use his magical left-foot to curl it in. But there’s a chance that the player marking him will be able to block the shot and if not, one of the defenders outside the box may arrive while the 20-year-old is yet to settle on the ball and destabilise him. Nonetheless, thanks to Trincão’s eye for goal, he uses his excellent pace to drive ahead of his marker and calmly pass the ball into the net. This striker’s instinct is something that has helped the Braga forward to score goals so efficiently coupled with his physical abilities of a winger.

Something that the Portuguese lacks is vision. He is more of an old-fashioned winger who takes up majority of the right side. Many time he tends to miss his teammates’ runs. However he makes up for this with his ability to provide accurate cutbacks. His technique to improve accuracy in this is the work of years of experience against defenders in the final third. When near or in the box as shown in the image, he is always looking for an option as we can see. His strongest asset here is his pace and acceleration. He draws one defender close to him and with a burst of space bounds forward. Now the second defender has to cover his shot opportunity as a rebound might fall to a Braga player. This is when Trincão pulls it back and his teammate slots it in. This is what makes his pace arguably one of his strongest assets.

Jack of all trades

The young Braga player has a sense of responsibility when it comes to defensive duties and keeping possession. After one of his best performances, his coach called him to say he had been impressed by Trincão. What impressed him the most was how Trincão immediately started pressing after gaining the ball back. Here, we have an example of his sense of responsibility and how it helps his team. The 20-year-old is by no means short or frail and this allows him to shield the ball well and not go down easily. Here, Francisco made a run with the ball towards the central parts of the field and he was pressed upon by two opposition players. He almost lost possession here, but his determination helps him. He shields the ball really well as we can see. The opposition players have no way of reaching him without fouling him or giving him too much space. Trincão swivels his body and catches the opposition by surprise and then his pace allows him to nudge the ball forward and proceed into threatening open space.

This example illustrates just how useful his determination and shielding abilities are. These have a tactical importance as well. In many systems, the winger not only has to have attacking capabilities but also defensive. In Valverde’s system, Brazilian winger Malcom was expected to track back and help in defence and his lack of ability in that field was reportedly one of the reasons why he didn’t impress the now ex-blaugrana coach. Trincão would have no problem in systems needing a winger to have defensive capabilities. This would also allow him to play as an attacking midfielder with inverted wingers allowing him to maximise his pace and acceleration while not giving up possession easily as can happen to a number 10 when isolated from his teammates.

Trincão has some attributes which seem to be the kind that would help him fit into the positional play at the Camp Nou. His current system with overlapping fullbacks means that he won’t be out of place as a winger at Barça. Apart from this, his striker’s instinct and past experience means he could play in many positions. He could be deployed as a striker but to make the most of his abilities, he would be best suited to play in an inverted front three as a right winger. Of course, the right wing is only one man’s domain at Barcelona, Messi, but with Leo dropping deeper with his age, a pure right winger like Trincão is at a huge advantage with one of the best passers of the ball ever to supply him.

❛ Trincão will mark an era at Barça.
I’m sure ❜

The Portuguese also tends to hold on to the ball longer than he would be able to at Catalonia. He would need to make more one-touch passes and quick decisions. The risky dribbles down the right wing would no longer be useful as frequently ads at Braga. His pace becoming not as useful as earlier would likely be the biggest detriment for him when he joins Barcelona.

There are some things which each player needs to change about his game when they come to Barcelona. Many players have done it successfully and Francisco has the determination and discipline to do so as well. From what we have seen so far, Trincão has the potential to be a key player at Barcelona provided that he alters his mould a bit.