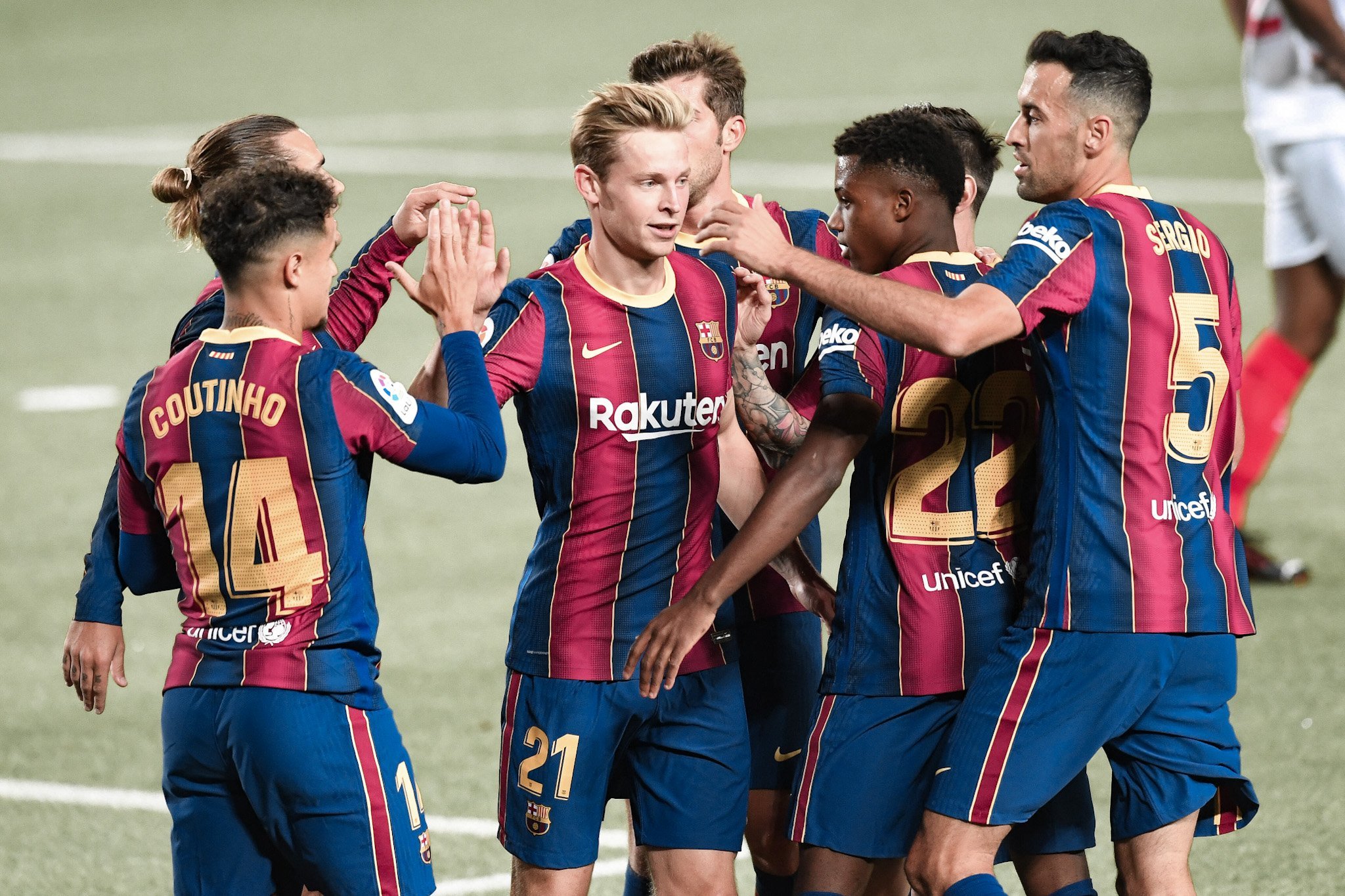 The transfer window is often a time for big clubs to get back on their feet after disastrous seasons where they have underperformed massively. After a trophyless year that ended in a debacle in Lisbon, Barcelona had to go into rebuild mode and perhaps try to get better in 2020/21 before the current mercenary board leaves in March or even before with the motion of censure going really well so far.

However, despite being filled with rumours, the Catalans’ transfer window has been rather dull and the squad, although more youthful and quite changed, doesn’t look like world-beaters even if Ronald Koeman is doing a decent job so far. Culés all over the world can say that they are disappointed in their board after many promises after the 8-2 loss against Bayern. Alas, some things never change. If anything, this window should teach the Socis never to trust this board; they must learn these four pieces of information before going on to vote after the votes for the motion of censure have been counted:

1. This board can’t sell well to save their life

So, you come into the dressing room after an 8-2 debacle, and you look at the players there and ask yourself who’s at fault for such a destructive result and season, you then go on to say in an interview that players like Nelson Semedo are untouchables. At the same time, some names aren’t mentioned, such as Rakitic’s or Suarez’s. The fans begin to think you really have a plan for the summer but not really.

First, Bartomeu waited a few weeks before selling some players and the first one to depart was Rakitic to his beloved Sevilla for the least impressive amount ever. He then goes to try and sell Suarez, as he had not succeeded in the first few weeks, he tried to terminate the Uruguayan’s contract but in vain. Honestly, he could’ve released him as it wouldn’t have brought him any more money than he got for the striker’s transfer to Madrid. Yes, you heard it right, Luis Suarez, the third-highest scorer in the Blaugranas’ history, left the club for free plus six million in variables to a direct rival, namely Atletico Madrid. Some negotiator, that Bartomeu.

In the next few weeks, Celta wants to bring their prodigal son in Rafinha to their sublime Balaídos permanently this time. There are rumours of up to 16 million Euros offers being made for the second Alcantara brother and Barça stall in the negotiation. On deadline day of the window, Rafinha leaves his boyhood club for Paris for a whopping 0 million plus three in variables. Great dealings from this incompetent board. Then a fair offer for Nelson Semedo, the untouchable, comes and Bartomeu, who sees that he has no money left in the bank, seizes the opportunity and sells the Portuguese defender for close to 40 million Euros to Wolves. What happened between August, where Bartomeu informs the world that Semedo is not for sale, and September? Nothing. This transfer shows Bartomeu didn’t have a plan and that he sold players without knowing what was next.

Sure, the fee he got for Semedo is fine, but the transfers of Rakitic, Suarez and Vidal for next to nothing just shows how much Barcelona can’t sell players to save their lives. To think Barça had offers of up to 80 million for the Croat after the 2018 World Cup and that he left for free is baffling, to say the least.

Also, the fact that the defence has remained nearly intact after an 8-2 dismantling is incomprehensible, and the board did not know how to sell players like Jordi Alba, Sergi Roberto or perhaps give them less power in the dressing room. A shame.

2. Barça’s pulling power is the only saving grace

After selling players, the Catalan giant had to find replacements, especially in the defence. With the Semedo money, Bartomeu could make some deals and decided to hijack Sergiño Dest’s transfer to Bayern and was helped massively by the American’s admiration for the club.

It’s known that Dest preferred going to Barça instead of Bayern because he would surely get more game time at Camp Nou but also because of Barcelona’s stature in the beautiful game. If Barça weren’t this big, Dest would’ve gone to Munich, and the transfer showed once more the Culés’ enormous pulling power in the transfer market. Even in their lowest of lows, Barcelona snatched a prized asset from their butchers, and this is the only silver lining of Bartomeu’s tenure at the club.

3. Barça don’t have any money

Sergiño Dest’s transfer was a needed one. Still, Barça only got one of their wanted men, with Koeman not getting Memphis Depay, Georgino Wijnaldum, or Eric García this summer, a testament of Barcelona’s lack of money in the bank.

Sure, the COVID-19 crisis came by, and the club lost a lot of money, but this mess isn’t just on COVID-19 and its effects, it’s on the disastrous way the club has been run since Sandro Rosell’s elections. Now, in 2020, where you have to rebuild because you don’t have a competent team, Bartomeu couldn’t go buy the Rakitic’s, Suarez’s, or Lenglet’s, for any kind of money because he had to sell first. It was an agonisingly slow process, and when he sold players, it was for minimal fees that wouldn’t help, other than the unexpected Semedo offer, of course.

This summer showed that Barcelona had no plan and no money to make it look like they had one. Instead, they embarrassed themselves with the García deal, offering less than what Man City wanted for a player whose contract is up in 2021. It was dampening to see Barça struggle with their signings and not getting any kind of replacement for a legend like Suarez is disheartening too.

4. The board is classless with legends

When Culés saw Iker Casillas leave his beloved Real Madrid in 2015 with one of the worst farewells ever fr a club legend, they laughed and thought it would never happen to their club legends as they were wiping their tears after Xavi got a proper send-off around the same time.

Fast forward five years and Barça reaches the end of a cycle disastrously, and they now have to get rid of their deadwood. Around the same time, Lionel Messi gets fed up with the repeated debacles, and he does what everyone feared he’d do: ask for a transfer. With Luis Suarez scapegoated and offered a termination and Messi getting into a heated argument with his president, Bartomeu gets angry and disrespects both of them publicly.

This summer transfer window should never have ended like this, and it was clear that Suarez’s time at the club came to an end a year or two ago, but Messi should’ve never even thought of a legal battle with his club, but it happened. In an interview with Goal, Messi said that he was being held hostage for the whole season and that Bartomeu wasn’t loyal to the agreement they made. Also, Suarez was finding really mean comments and leaks on social media, and after the I3Ventures disaster, he was indeed irritated about the whole mess it had created.

In the end, Bartomeu got his way, but it cost him a successful motion of censure… We’ll see who’ll have the last laugh. Until then, the Socis must learn from these four points.