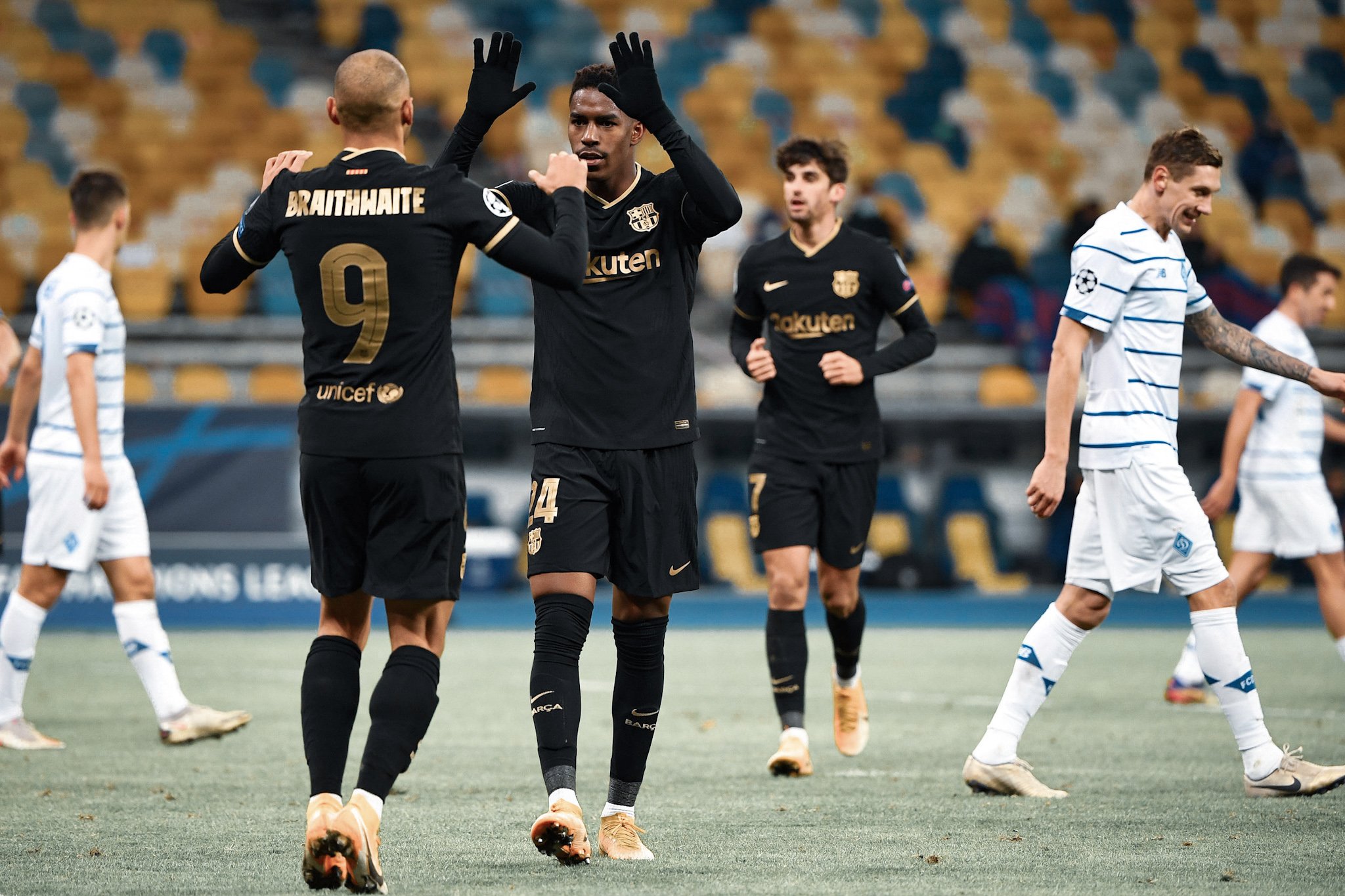 The main theme for the last couple of months over in the Catalan capital has been money, or rather, the lack thereof. Barcelona are in the red due to multiple bad decisions in the market and horrible investments that ended up backfiring.

As a direct result of that, the squad is very thin and lacks depth and quality in certain areas, prompting Ronald Koeman to dip his toes into the market to look for solutions. According to Mundo Deportivo, however, this will be easier said than done because the Azulgranas will first have to sell if they are to buy anyone in 2021.

The same source suggested there are four players on the club’s chopping list who might be sacrificed to finance the arrival of potential new signings such as Eric García.

The young left-back certainly has little chance of surviving the upcoming winter transfer window, let alone lasting at the club for much longer than that. Even though he was hailed as a big talent who could potentially replace Jordi Alba further down the line, he turned into a shadow of his former self upon arrival to the Camp Nou.

Since his transfer to the club in the summer of 2019, Firpo has only managed to accumulate a total of 27 games, tallying just 1544 minutes overall (Transfermarkt). Not even a short stint under his former Real Betis manager Quique Setién could get the best out of the 24-year-old defender so it doesn’t come as a big surprise to see him make this list.

At the moment, we don’t know whether there’s a strong interest in Firpo from other clubs but one thing is for sure – Barcelona will be looking to offload him if possible. Of course, that would leave them with just Alba for that left-back position, with the possibility to play Sergiño Dest there as well, so another signing or an academy talent would be needed.

Probably the most baffling of all four names is the one of Aleñá himself. The young La Masia graduate has already been loaned out previously and hasn’t exactly featured that much under Koeman so far. Just the fact that he was one of the most promising academy players at the club makes this decision to sell him that much more infuriating.

However, if the local papers are to be believed, Aleñá will have a tough time cementing a regular spot in the squad, even as a rotational player. It is also true, however, that we’ve seen him a bit more in recent times but mostly in games of little to no importance or simply in the final stages of an already won clash.

It’s a shame really, because Aleñá has been one of the best performers whenever he was given a proper chance to prove himself. Yes, Barcelona may be stacked in that middle of the pitch but there’s a feeling no other player has a profile quite like the 22-year-old.

His technique, finesse, and agile and silky movement, both off and on the ball, make him an incredible asset that can only grow with time. However, for one reason or the other, both him and Riqui Pugi, despite standing out in the crowd, seem to have fallen all the way down the pecking order.

Maybe something can still change by January but as of right now, Aleñá is close to leaving Barcelona.

By this point, most of the fans have lost all the sympathy they might’ve had for Umtiti long ago. The Frenchman was supposed to become Barcelona’s new Carles Puyol, that’s how highly regarded he was both within the squad and among the supporters.

However, it all went downhill a couple of years ago, just before the 2018 World Cup in Russia. Umtiti had been carrying a knee injury and was faced with a tough decision – opt for a surgery which could save his career but also mean he’d miss the World Cup or go with alternative methods of recovery that wouldn’t necessarily solve the problem but would allow him to compete for his country.

In his mind, there was no decision – he was never going to miss the World Cup. Of course, can you really blame him? After all, he went on to become a champion of the world, claiming that title with a prominent role in the team.

However, it came with a cost and since he decided to avoid surgery, he’s still carrying the knee issue to this day. Not only that, but the recurring nature of his fitness problem means he’s almost never available to play for Barcelona and has completely plummeted down the pecking order.

You know the situation is dire when the club is trying to get rid of him despite the centre-back position being so thin and arguably their weakest link.

Another issue is, no one wants to buy him anymore. Every club out there is well aware of the flaws that come with that specific package. However, Barcelona’s goal is to try to ship him off regardless.

The final name on the list is perhaps not as surprising. Braithwaite arrived to the Camp Nou as an emergency signing but never felt as a player Barcelona would keep for much longer than they absolutely had to.

Of course, that is not to say that he’s necessarily been underperforming so far, quite the contrary. As of right now, the experienced striker is averaging a goal every 65 minutes, which comes with a caveat of him usually playing the ‘easier‘ or the not-so-important matches.

Still, in a squad that’s severely lacking a no.9, Braithwaite seems to be adding a breath of fresh air – his movement, positioning and simply the eye for a goal bring another dimension to Barcelona’s overall attacking structures and Koeman has managed to find a clear role for the Danish international.

However, with all of that being said, the Catalans want a striker of a much higher calibre so Braithwaite’s future at the club is unclear. We do know that no purchases will be made before Barcelona finally elect a new board and a new president so all and any decision will be taken then and there, not before.

As things currently stand, Braithwaite has until January to somehow convince the coach that’s he’s worth keeping around.