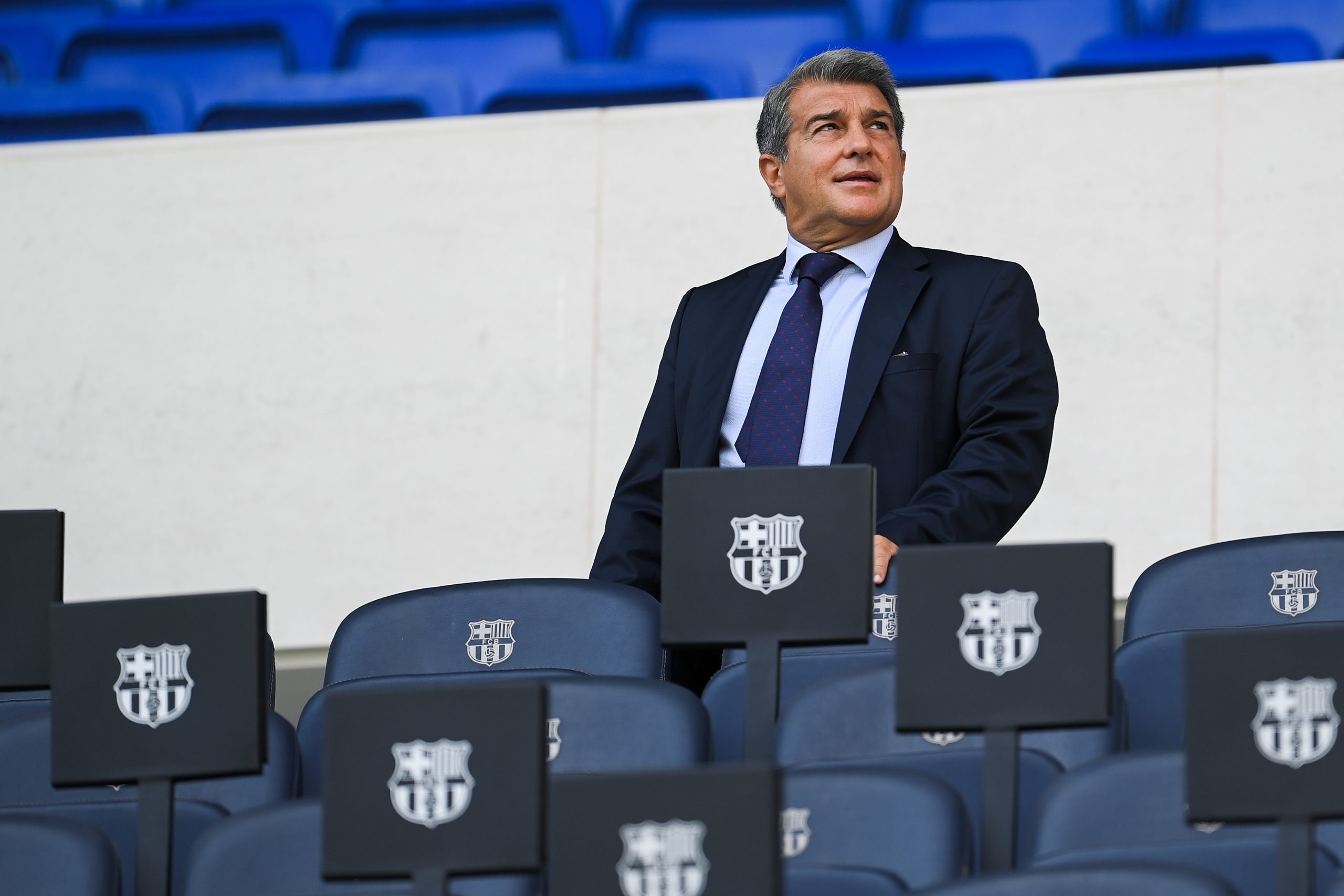 The Barça supremo was in Italy for Pedri’s Golden Boy Award ceremony and is believed to have had a secret meeting with the controversial Dutch-Italian agent, during which several players were spoken about.

Romano has now come up with an update on the matter, claiming that as many as four players were part of the discussions between Raiola and Laporta. According to the transfer expert, the pair spoke about Borussia Dortmund superstar Erling Haaland, who has been a priority for Laporta ever since he was re-elected as president earlier this year.

He had already met Raiola once earlier this year to discuss a move for the Norwegian international. With the agent hinting earlier this month that the striker could be on the move, talks were again held over the possibility of a move to Camp Nou.

Paul Pogba’s name is also believed to have come up in the talks on Monday. The Frenchman is in the final year of his contract at Manchester United and seems destined to leave Old Trafford on a free transfer for the second time in his career.

Barcelona have been linked with a move for the 28-year-old and while his signing for free would be of appeal, wages will likely be a major stumbling block.

The third player that Laporta and Raiola discussed is understood to be Noussair Mazraoui of AFC Ajax. Like Pogba at United, the Moroccan right-back is also in the final year of his contract with the Dutch giants and would be available on a Bosman deal at the end of the season.

With Sergino Dest’s future uncertain and Dani Alves signing up only till the end of the season, a right-back like Mazraoui could prove to be a handy signing for the Blaugrana.

Finally, the duo is said to have spoken about Paris Saint-Germain prodigy Xavi Simons, who Barça know very well, given that the young Dutchman spent several years at La Masia, before moving to France in 2019.

The teenager, too, is set to run down his contract in the summer and is believed to be keen on securing a return to Catalonia. However, it had been previously reported that Laporta had no intentions of bringing Simons back to the club. Whether that stance has changed after the meeting with Raiola will be interesting to see.