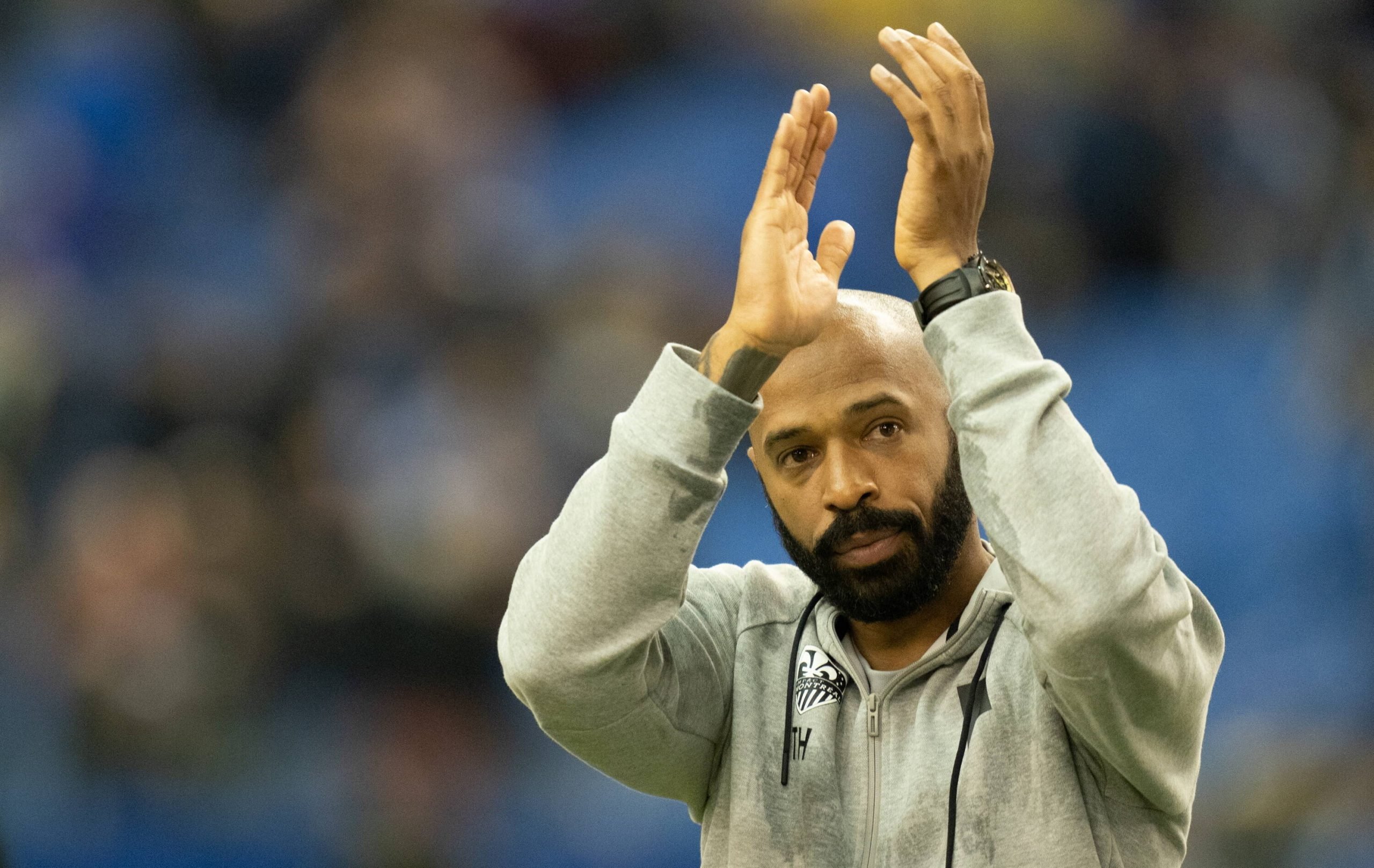 The 2021/22 season has not treated Barcelona well. The Catalans lost their best footballer of all time, and what quickly ensued was a complete destabilization of their entire system. Players have gotten injured on a regular basis, and their manager Ronald Koeman has done little to alleviate the pain of the situation.

Naturally, his future is up in the air, and a number of people close to the club have speculated that he has just this weekend’s game against Levante to save his career.

In light of this, speaking to French newspaper L’Equipe (h/t Sport), former France manager Raymond Domenech spoke briefly about the Catalans’ situation and a possible replacement in a former Barça player, Thierry Henry.

When asked about whether the Arsenal legend should join Barcelona he replied: “Why not, he’s a coach, he was there. He has the capability. He would have the advantage of being at a club he knows, he understands the philosophy and the principles.”

Thierry Henry was part of Barça’s sextuple winning side in 2009, and he knew Pep Guardiola and positional play quite well. He said on numerous occasions that he learned a great deal from the current Manchester City boss, saying he acquired a completely new way of playing the beautiful game.

Raymond had some words of caution for him, however, given he knows the situation at the club is far from ideal: “Everyone who goes there will suffer. Because it would be better if they had a great team. There, there are good players but not very good players. If they don’t get the players back, I’m not sure they will be in the top five.”

This is a statement Ronald Koeman can firmly attest to, as fairly often after matchdays he will lament about how little individual quality the team has. This defeatist language is far from optimal for Joan Laporta, as he wants more performances than he does excuses.

The Barça president has a list of potential replacements for the Dutch manager, but Henry is not one of them (yet). He is currently with the Belgian national team with another candidate coming in Roberto Martinez.