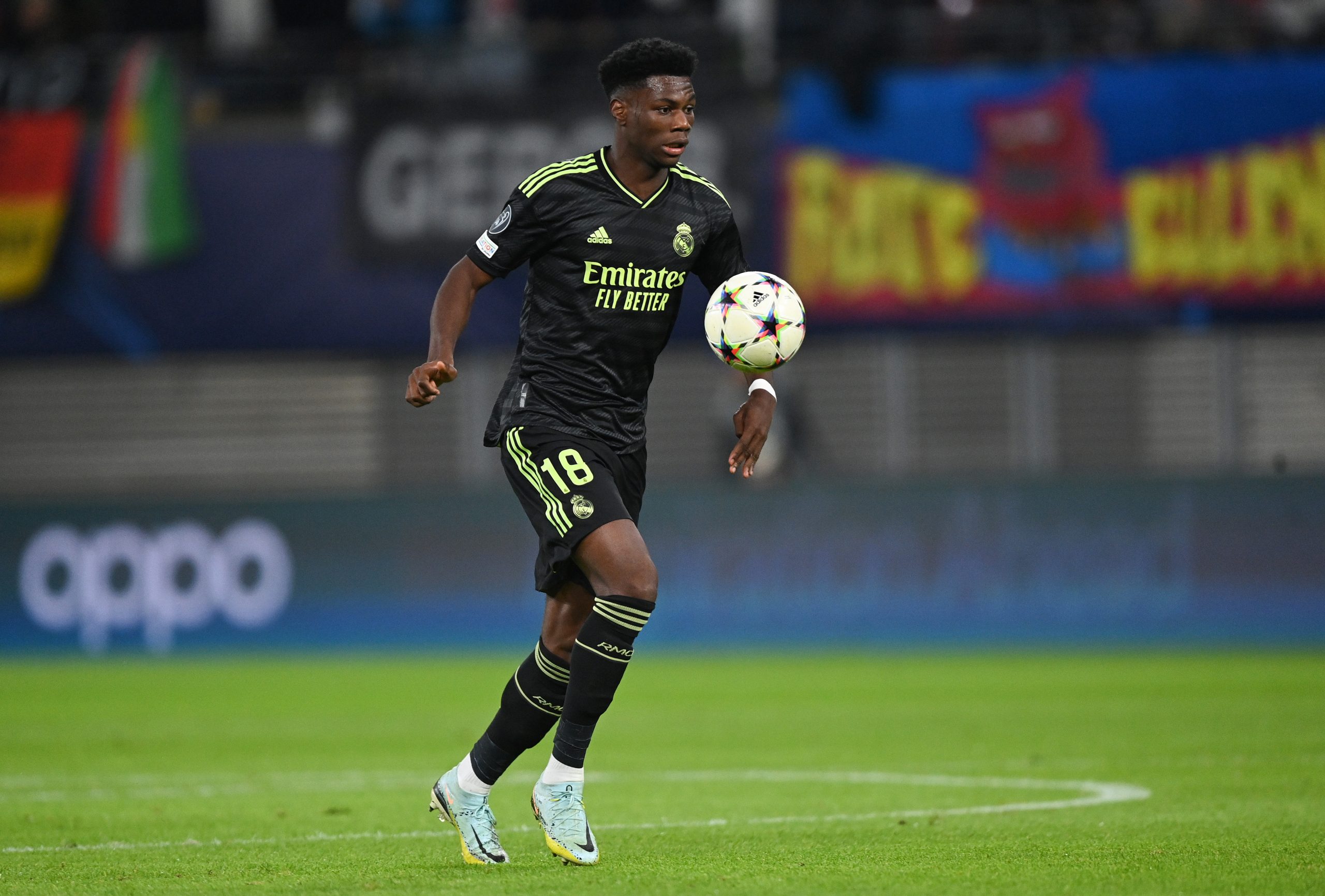 Former Barcelona midfielder Cesc Fabregas has admitted that he advised Barcelona to sign midfielder Aurelien Tchouameni before he moved to Real Madrid, but lack of funds forced the Blaugrana to decide against his counsel.

Tchouameni, 22, moved to Real Madrid in June 2022 from Ligue 1 side AS Monaco for a fee reported to be around €80 million. It could rise up to €100 million, including add-ons.

In an interview with Fichajes.com (h/t Goal), Fabregas, who played with Tchouameni at Monaco, has revealed that he was impressed by the quality of Tchouameni and that he recommended the footballer to Barcelona mostly because the team was searching for a long-term replacement for Sergio Busquets.

The former Arsenal, Chelsea and Barcelona midfielder was of the idea that Tchouameni would fit in perfectly, but lack of capital investment eventually forced Barcelona to sit out of the negotiation and watch Madrid take advantage of the situation.

“Yes, it’s true that I spoke about Aurelién with Barça. They wanted to start preparing the succession of Sergio Busquets and for me, he was the perfect player,” said Fabregas.

“It was at a time when Barça was short of money and I think they could not offer more than €40 million. Then he signed for Real Madrid, he is a fixture there and is essential in the French team. For me, Aurélien has no limits,” he added.

Fabregas also recalled his first memory of Tchouameni, which dates back to the latter’s time with Bordeaux.

“I quickly realized he wasn’t a player like the others. The first time I saw him was during a match in Ligue 1 against Bordeaux with Monaco.

“I was on the bench and I was impressed with their performance. They beat us and I remember asking one of our assistants: “but who is this Bordeaux midfielder?” he recalled.

Since joining Real Madrid, Tchouameni has thrived and is currently one of France’s top performers at the World Cup.

Meanwhile, Barcelona are still on the lookout for a Busquets replacement, with the club captain set to leave at the end of the season when his contract expires.

Several names such as Ruben Neves, Martin Zubimendi and Enzo Fernandez have been linked with a move to Spotify Camp Nou, while Manchester City captain Ilkay Gundogan has also emerged as a target for manager Xavi Hernandez.