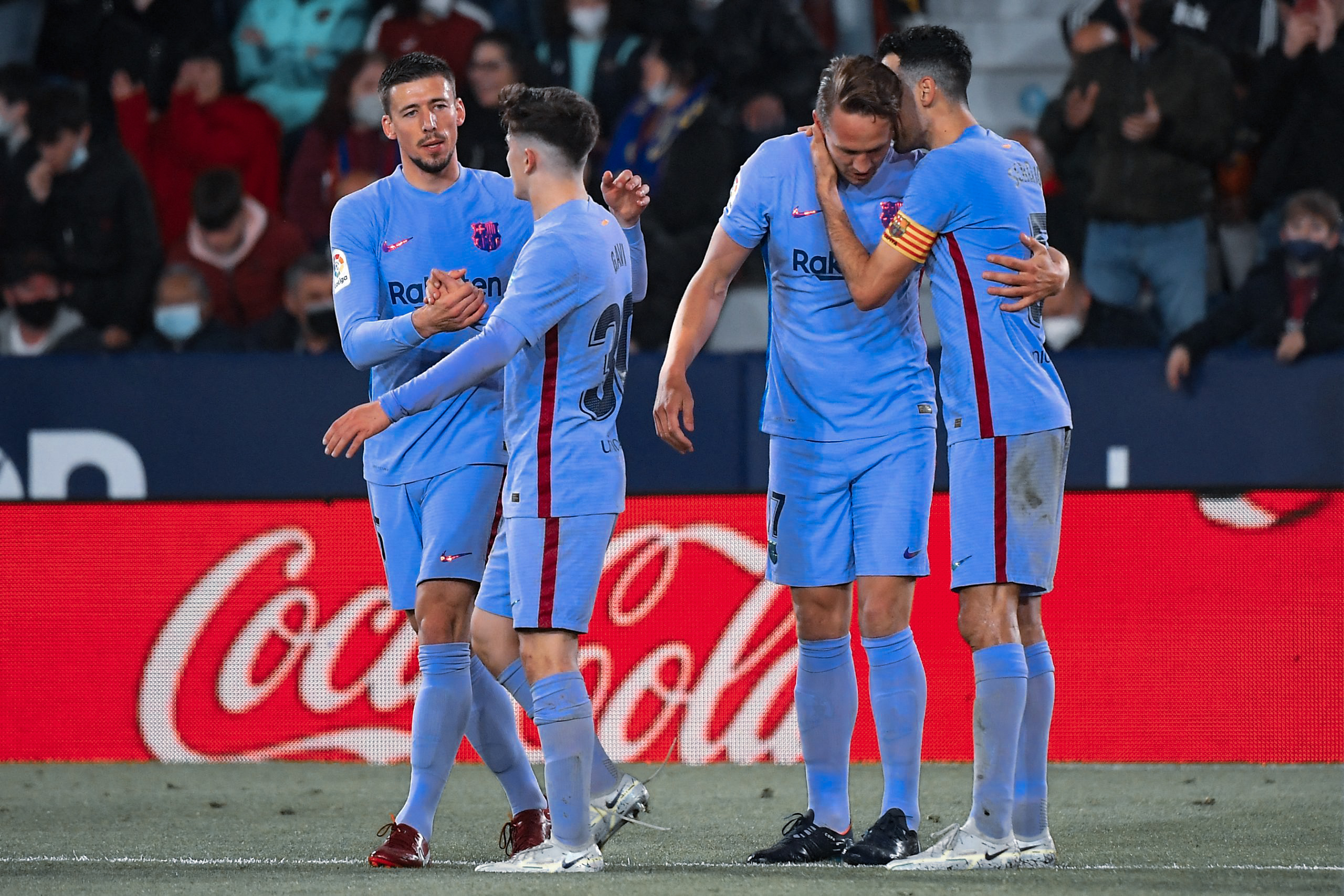 Goals are written in the stars whenever Barcelona meet Levante. No recent clash between the two teams has been a dull affair, with the 3-3 result at Ciudad de Valencia being particularly memorable.

As the two sides met yesterday, the five-goal affair did not disappoint. With three penalties, multiple controversies, and a 92nd minute winner, it would be safe to say it was the game to watch on the weekend.

The match was a roller coaster through the 90 minutes, with the advantage constantly shifting hands until the final whistle. In the end, it was Xavi’s men who walked away with three points to maintain their lead over third-placed Sevilla.

More importantly, the Blaugranes have got back into the winning mentality ahead of the must-win clash against Eintracht Frankfurt later this week. The game in Valencia brought out positives and negatives, but the latter seemed to dominate.

ter Stegen has been the most criticised Barcelona player in the past two years. The German struggled to keep up the high standards after his knee surgery last year, with low shots becoming his Achilles heel.

After months of specific physiotherapy and training, the shot-stopper seemed to be slowly getting back into the groove last month. Yesterday, the world again saw the best of ter Stegen.

The former Monchengladbach man-made three saves on the night, of which two were from inside the box. He even saved a penalty early in the second half to prevent Levante from doubling their lead.

In fact, both the goals that ter Stegen conceded yesterday were from the penalty spot. He made one high claim and won one ground duel on the night.

The German was instrumental in Barcelona’s win on the night, for his penalty save came as a game-defining moment. With his distribution too returning to the elite level, it is safe to say that the goalkeeper is on his way to turning his situation around at Barcelona.

To concede a penalty in a game is questionable in itself. To give away three stonewall spot-kicks in ninety minutes is absolutely scandalous.

Barcelona’s woeful night in defense began in the second half when Dani Alves unfairly held Son and took down the Levante player in the box. While the contact seemed soft, it was enough to be penalized.

When all seemed well and the Blaugranes led by two goals to one, they conceded another penalty that saw them squander their lead. The third penalty was down to Clement Lenglet’s careless defending as he clumsily brought down Gomez in the Barcelona box.

While neither Ronald Araujo or Eric Garcia had specifically poor games, the same cannot be said about Dani Alves. The Brazilian struggled on the transition, and his muscular discomfort did not help his case.

It has become the norm for the substitutes to make an impact under Xavi. In the last game, it was Ousmane Dembele and Frenkie de Jong who came off the bench to create Barcelona’s equaliser.

Yesterday, Pedri and Gavi made the difference. The teenage duo came on in the 56th minute to replace Frenkie de Jong and Nico Gonzalez. Within seven minutes of their introduction, Barcelona had scored two goals and led 2-1.

Pedri scored the second goal for the Blaugranes from the edge of the area in the 63rd minute. In just 34 minutes, he had 31 touches, a goal, four ground duels won and a tackle.

Gavi’s impact on the game was nothing less. The 17-year-old had one assist, one shot on target, one big chance missed, a key pass and five duels won.

While Clement Lenglet did give away a penalty, Luuk de Jong scored the eventual winner for the team.

For the third successive game, Xavi’s side underperformed in the opening 45 minutes. Though the display was not worrying against Sevilla, the performance significantly dipped against Eintracht and Levante.

Barcelona maintained 67% of the possession in the first 45 minutes yesterday, but allowed the opponents to take four shots including two on target. The only big chance of the half fell to the Valencia-based side.

Like the game midweek, it was the high pressure by the opposition that undid Barcelona. The Catalans were uncharacteristically poor, misplacing simple passes and playing into Lisci’s hands.

It began with Dani Alves losing the ball in a dangerous area in the very first minute. Moments later, ter Stegen played the ball to the opponents feet on a red carpet. Much like the Frankfurt game, Barcelona were lucky to come out of the first 45 unscathed.

5. A big confidence boost ahead of a critical game

There has undoubtedly been a dent in Barcelona’s rampant form since the international break. The side have not dominated oppositions the way they used to last month, nor has the football been as quick.

The Europa League is Barcelona’s final chance at winning a trophy this season. As they progress deeper in the competition, the quality of oppositions is on the rise.

Eintracht Frankfurt caused a lot of problems to the Spanish side midweek and were unlucky to not get a win at home. They travel to Camp Nou with the aggregate score tied at 1-1.

Needless to say, the win over Levante comes as a much needed confidence boost to the Blaugranes. It is a reassurance of their quality and ability to fight back even when down and out.

More importantly, the win keeps them ahead of Sevilla in the League standings and in prime position to finish second in La Liga.