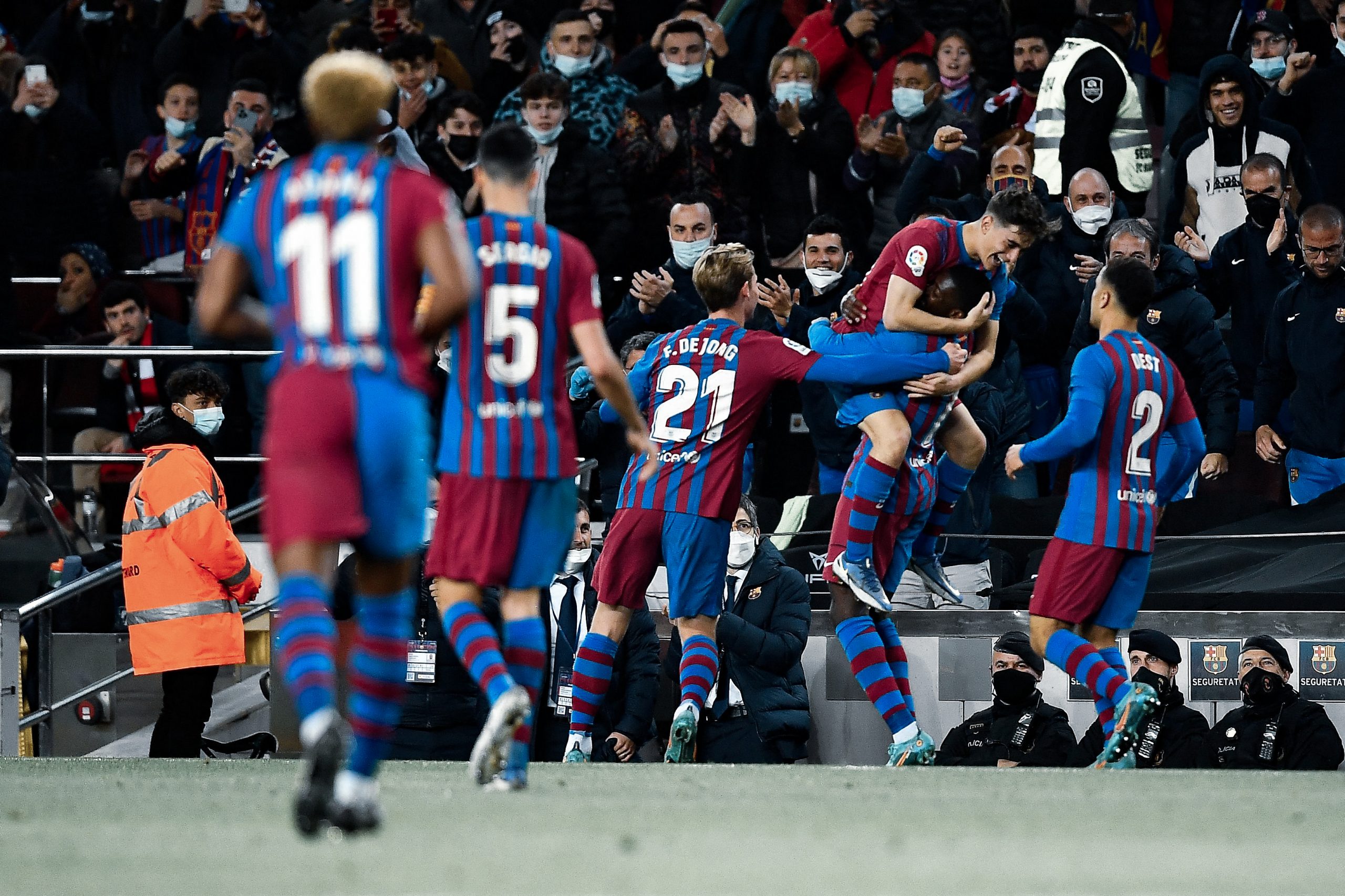 Barcelona stunned Athletic Club on Sunday registering a third consecutive win. The scoreline may flatter the dominance of the Catalan side, but there is no denying the fact that they were the better team on the field for 90 minutes.

Considering that this was a team struggling to put the ball into the net a few months ago, the turnaround is nothing short of impressive. Now, they have scored four goals in four of their last six games.

Just over a month ago, the Catalans were knocked out of the Copa del Rey by Marcelino’s men. The revenge is now taken, and that too in grand fashion. Such a dominant win over a team in form is a statement of Barcelona’s comeback, and there were several talking points from the same.

1. No Jordi Alba, no problem

Jordi Alba has been in impressive form over the past few months. Despite suffering an initial dip in form after Lionel Messi’s departure, the Spaniard soon found new ways to put him prowess into prominence. Moreover, the lack of a direct replacement scared one into believing that the team could not cope with his loss.

Against the Bilbao based side, Alba was suspended owing to an accumulation of yellow cards. In his place, Xavi opted to deploy Sergino Dest at left-back. To say that the USMNT star did not disappoint would be an understatement.

Not only was Dest vital in defence but also a major piece in the buildup on the night. He recorded two interceptions, a clearance and a tackle. With 123 touches and a 96% pass accuracy, he made the left flank his own.

When asked about Dest’s great display, Xavi acknowledged that it would be very difficult to bench the youngster. With Alves back and running, as well, it remains to be seen how Xavi tackles his newfound dilemma.

2. The return of Dani Alves

After four long games and close to a month out, Alves finally returned to the starting lineup on Sunday. Despite facing a long hiatus, the Brazilian returned as if he played just yesterday.

Throughout the game, Alves was a lively presence on the right-wing. His role, however, changed as the game progressed. With Adama Traore bossing the attacking third of the wing, the Brazilian drifted into a central role and joined the midfield. At times, Alves was even seen as the pivot.

Defensively, he was astute. Five tackles on the night complemented with two interceptions and as many clearances defined his performance.

Yet, his numbers in the attack are equally brilliant, with two key passes and a bunch of threatening crosses. Needless to say, Alves was one of Barcelona’s best players against Athletic Club.

Teenage footballers are often taken synonymously with immature and over-enthusiastic players. Pedri, however, is an experienced campaigner in the body of a 19-year-old.

The midfielder once again ran the show against a difficult opposition with relative ease. His comfort on the ball is otherworldly. Add to that, Pedri’s confident one-touch manoeuvres on the turn, and it becomes quite the task to stop him.

The Camp Nou seldom welcomes players the way it receives Pedri everytime he steps on the field. The former Las Palmas man has become one of the club’s own, with the stadium chanting his name last night after a sensational display.

Less than a month ago, Pierre-Emerick Aubameyang was labelled as an Arsenal reject. His disciplinary issues and personal misunderstandings with Mikel Arteta saw him excluded from action. Moreover, the player did not seem motivated to play even when given a chance.

Turn the clock 30 days forward, and the Gabonese striker has enjoyed a dream start to life in Barcelona. In his last three games, he has scored five goals, including his hattrick against Valencia.

The forward gave Barcelona the lead once again yesternight, scoring off a rebounded header, taking his tally to five in four starts. Not too shabby for for a ‘finished’ striker, is it?

Apart from the goal itself, the striker once again demonstrated a tremendous understanding of positioning and passing. He combined well with Ferran Torres on multiple occasions to string a sequence of passes through the Bilbao defence. Nobody quite expected Auba to adapt so quickly, but one hopes he can keep this up.

5. Ousmane Dembele and a perfect cameo

23 minutes is all it took for Dembele to turn jeers into cheers at Camp Nou. When the winger came on, whistles echoed through the stadium against the contract rebel. However, he registered two assists and a lovely goal to deliver a statement of his talent.

His goal came in the 73rd minute when Frenkie de Jong found him in space on the left flank. From a tight angle and a fair distance out, he struck the ball sweetly past Unai Simon to double Barcelona’s lead. Later in the game, both Memphis Depay and Luuk de Jong’s goals were assisted by the French international through similar crosses from the right.

Dembele’s talent has never been under question. If the youngster has truly overcome his injury problems, there is a bright future ahead. Xavi is a big fan of the player and will undoubtedly wish for him to renew his contract.