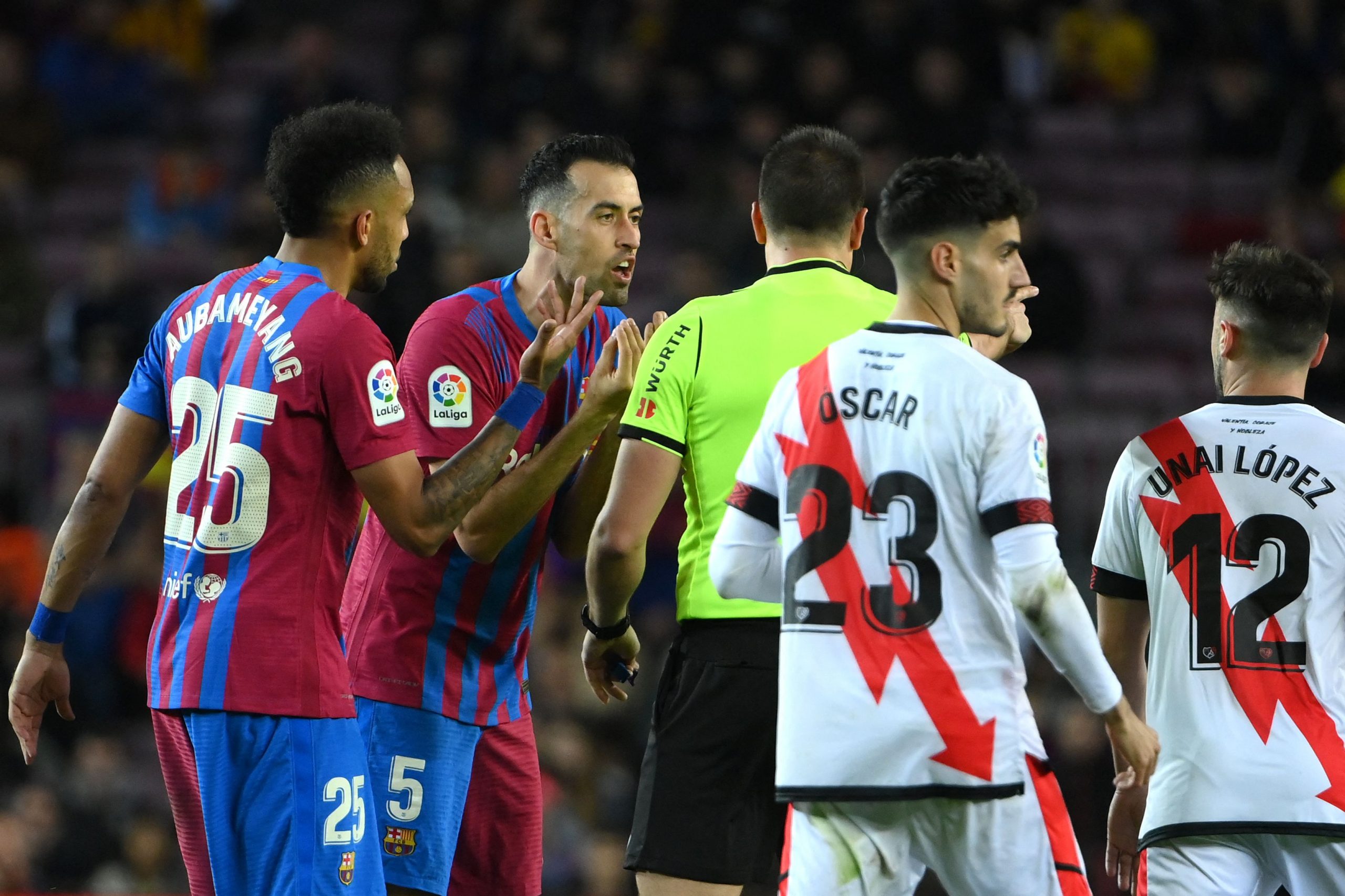 Barcelona have lost three consecutive home games for the first time in their history. Those results coming against Cadiz, Eintracht Frankfurt, and Rayo Vallecano is rather unbelievable, too.

Having won only two games in the last six games, they are now level on points with Sevilla and risk missing out on a top-two finish.

Alvaro Garcia’s sixth-minute goal was enough to Rayo the visitors through on the night, as Barcelona looked clueless in front of over 50,000 home fans. Barça Universal takes a look at five learning moments from the loss yesternight.

When one watches Barcelona play, one cannot help but wonder how many Gavis are on the field. The youngster seems to be in three, sometimes four places on the field at the same time. Every tackle seems to have his involvement, and every attack, his magical touch.

Against Rayo, Gavi completed 79 touches of the ball. He attempted eight crosses, and eight long balls and recorded one key pass.

Further, Gavi attempted four dribbles with a 100% completion rate and also hit the woodwork late in the first half. Defensively, he won 16 duels on the night.

In a game where every Barcelona player seemed discouraged and cut a sorry figure, the 17-year-old battled like a warrior and gave it his all.

Despite being the younger and more athletic option to start at right-back, Dest has found minutes difficult to come by under Xavi Hernandez.

The youngster has often shown to have the calibre in attack, but his defensive contributions have always been under a cloud of doubt. Against Rayo Vallecano, Dest’s mistake led to the only goal on the night.

In 45 minutes, the former Ajax man did not record a single interception, tackle, blocked shot, clearance or duel won.

However, his zero defensive contributions were not the end of the story. Offensively, Dest did not manage a single cross, dribble, key pass or long ball.

In short, Barcelona played with ten men for the opening 45 minutes.

Stole Dimitrievski was the hero of the night when Rayo beat Barcelona earlier this season as he saved a late penalty from Memphis Depay to deny the Blaugranes an equaliser.

On Sunday, the North Macedonian repeated his heroics to give his side the win. The shot-stopper made four saves against Xavi’s men, of which two were from inside the box.

Xavi has riches at his disposal in the final third. Ferran Torres, Ousmane Dembele, Pierre-Emerick Aubameyang, Adama Traore, Luuk de Jong and Memphis Depay form a core of quality attackers that very few other sides can boast of.

Yet, Barcelona’s attack had only one outlet on the night: Dembele. The Frenchman has been a star performer over the past two months, but the dependency on him has been steadily increasing.

The Frenchman was the only starting forward who recorded a shot on goal at Camp Nou. With four successful dribbles, four shots, one shot blocked and a key pass, he seemed to be the only spark in an otherwise dull front line.

It goes without saying that Dembele creates a fear in the minds of the opposition. His quick feet and pacey runs help Barcelona threaten on the counter-attack, something the Azulgranas have lacked for a long time.

5. From bad to worse

Xavi’s Barcelona seems to be heading in a direction that was never intended. The team’s decline this month has been shocking, and the results stand to show it.

What is more worrying than the decline on the field is the regressing mentality of players. The same faces that overcame the biggest of adversities a few months ago now look like a shadow of their former selves.

Five games remain in the 2021/22 season, and it seems only five heavy losses will see Xavi’s side miss out on anything this season. However, the mental aspect of ending the season on a low can be devastating.

Xavi needs to get the group together and instil confidence for the remaining games as a motivated core is the key to a successful side. If the side are to compete for the league title next season, the coming month will be key.