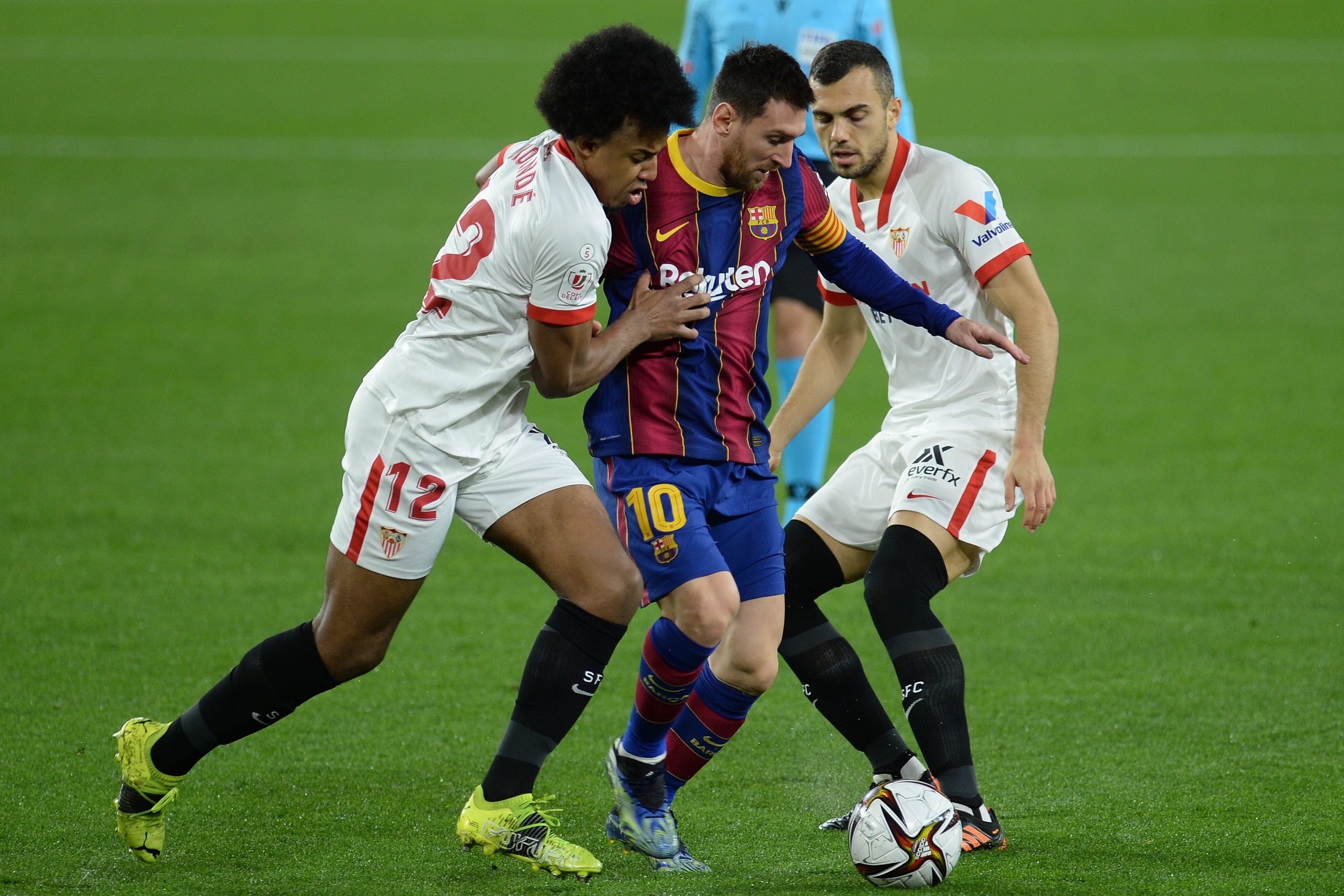 Barcelona fell to defeat against Sevilla in the first leg of the Copa del Rey semi-finals courtesy of a goal each from the brilliant Jules Kounde and former Blaugrana player Ivan Rakitic. Thankfully it brings the end of a bizarre run of away games, with the task now to overcome Deportivo Alaves at the Camp Nou before hosting Paris Saint-Germain in the UEFA Champions League.

With a performance that underwhelming, most of they key stats from the outing concern the Andalusian outfit.

Starting from the first goalscorer on the night, Jules Kounde. Hailed as not only one of the best defensive prospects in Europe, but now simply one of the best in his position, whatever Sevilla demand from him in the summer or the near future, it will be worth it.

Defenders to have scored and completed 50+ passes in a single game against Barcelona in all competition since at least 2013/14:

Barcelona now have a mountain to climb in the second leg, but thankfully the Camp Nou awaits. Sadly, that does not take away the disastrous performance, or the fact that Ronald Koeman’s men broke yet another record they will be disappointed with.

For the first time in the last 20 years, Barcelona has lost the 1st leg of a Copa semi-final. Anxious. pic.twitter.com/14VFWmWAMt

Ivan Rakitic sealed the first-leg late in the game with a thunder strike into the top corner from close range. Beside that, he was the conductor of Julien Lopetegui’s midfield, orchestrating the perfect counter attacks at the Ramon Sanchez Pizjuan.

Rakitic completed the third highest amount of passes (68) of any player in the Sevilla vs Barcelona game, just behind Sergio Busquets (70) and Oscar Mingueza (72). pic.twitter.com/TcISau4j24

The defence could hold the single goal deficit for so long as the attack continued to muster up baseless offensive moves. Each member of the front-line put up an embarrassing show, and failed to trouble Bono an awful lot. Their streak of scoring on the road was put to bed, as well.

Barcelona had scored in each of their last 14 games outside the Camp Nou… until today.

Lionel Messi failed to convert what was arguably the easiest chance of the game after a sensational dink pass from Antoine Griezmann in the first half. The Argentine has been taking shots continuously all season but has not found the net so often. We saw much of the same yesternight.