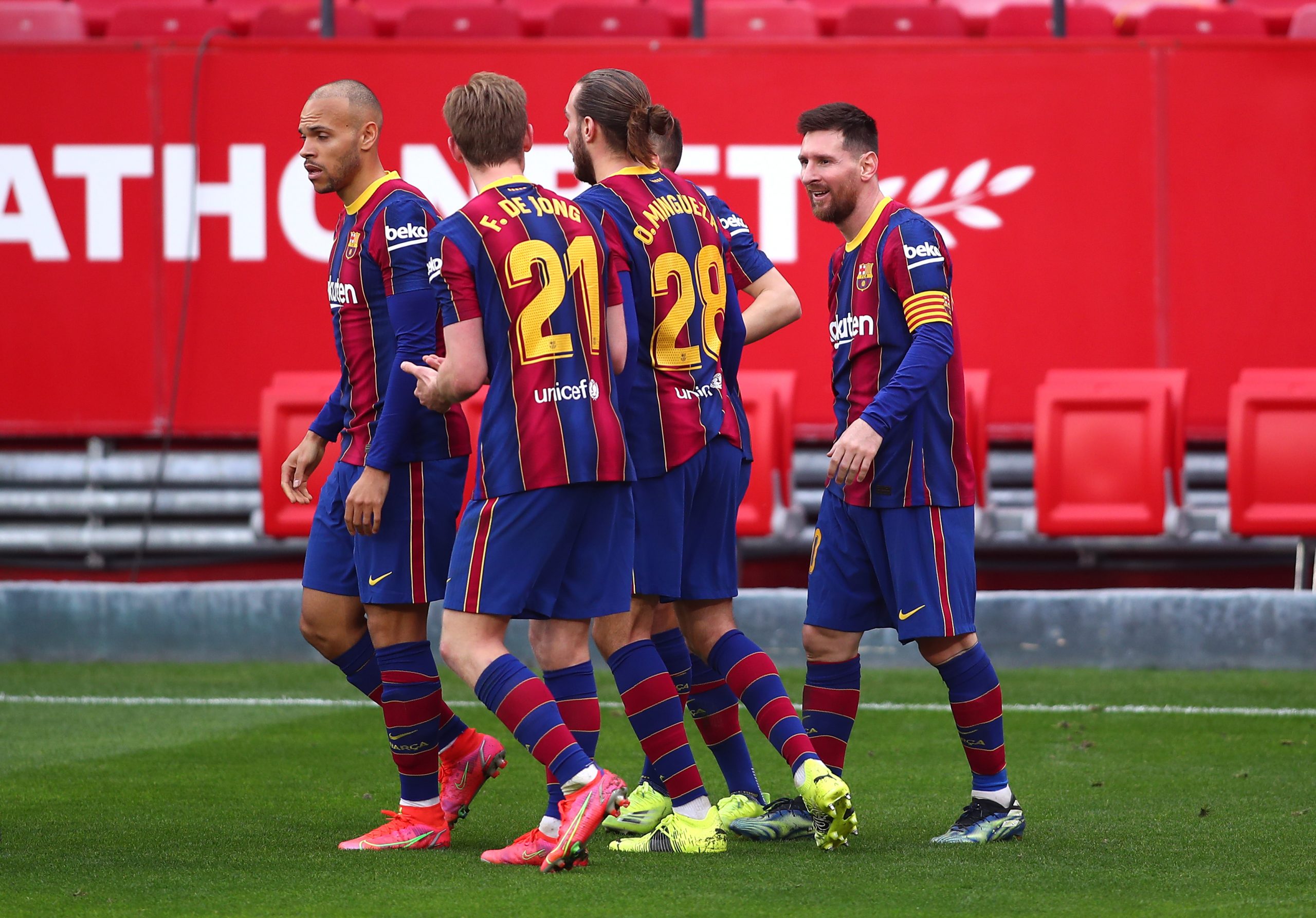 As Barcelona announced the starting XI to take on Sevilla in the league, several eyebrows were raised. Ronald Koeman had brought back the three at-the-back formation he has used briefly this season, without Ronald Araujo head-lining the defence. However, his game-plan was soon clear as Barcelona pressed Sevilla’s midfield out of the game to register a 2-0 win.

In a tie dominated by Koeman’s tactical prowess, several stats stood out as Barcelona hit two past Julien Lopetegui’s Sevilla.

Away games have been Barcelona’s kryptonite in the last five odd seasons, and that weakness has slowly crept into the league as well. However, they say defence is the best attack, so it is only fair to include this statistic in this category.

Barcelona have won 7 consecutive away matches for just the 4th time in their history and first time since the 2012/13 season.

While it was the midfield who won Barcelona the game today, with each of Pedri, Frenkie de Jong and especially Sergio Busquets putting in an absolute shift, there are no standout statistics that do them justice. However, for one man in the attack, it was a joyful occasion as he continued to terrorise Sevilla.

Ousmane Dembele has scored three goals vs Sevilla, more than vs any La Liga opponent in all competitions, involving in four out his last six games vs the Andalusian side.

No reason to leave Lionel Messi too far behind when talking about attacking prowess today. The Argentine assisted Ousmane Dembele for the opener and then played a one-two off Ilaix Moriba to seal the game late, further extending his bizarre tally against Sevilla.

Lionel Messi has now scored a total of 38 goals and 19 assists (57 goal involvements) in 42 games against Sevilla. pic.twitter.com/y6JhJcLsp3

Barcelona have several chances to close off the game early today, or add to their tally. Each of Dembele, Messi, de Jong missed chances, but it was Sergino Dest who came the closest, striking the top-right of the goal from close range in an attempt to go for the roof. That brought up a rather intriguing statistic.

Barcelona has hit the woodwork 18 times this season, more than any other team in Europe's top 5 leagues.

Saving the best for the last, Barcelona finally recorded a win over Sevilla after three games. But more importantly, they dominated the Andalusian outfit at the Ramon Sanchez Pizjuan. The scoreline barely reflects Barcelona’s performance, but it still helped them move to second place in the league table, only two adrift of Atletico Madrid.

Barcelona become the first team to beat Lopetegui's Sevilla at the Pizjuan with a 2+ goal margin in La Liga.