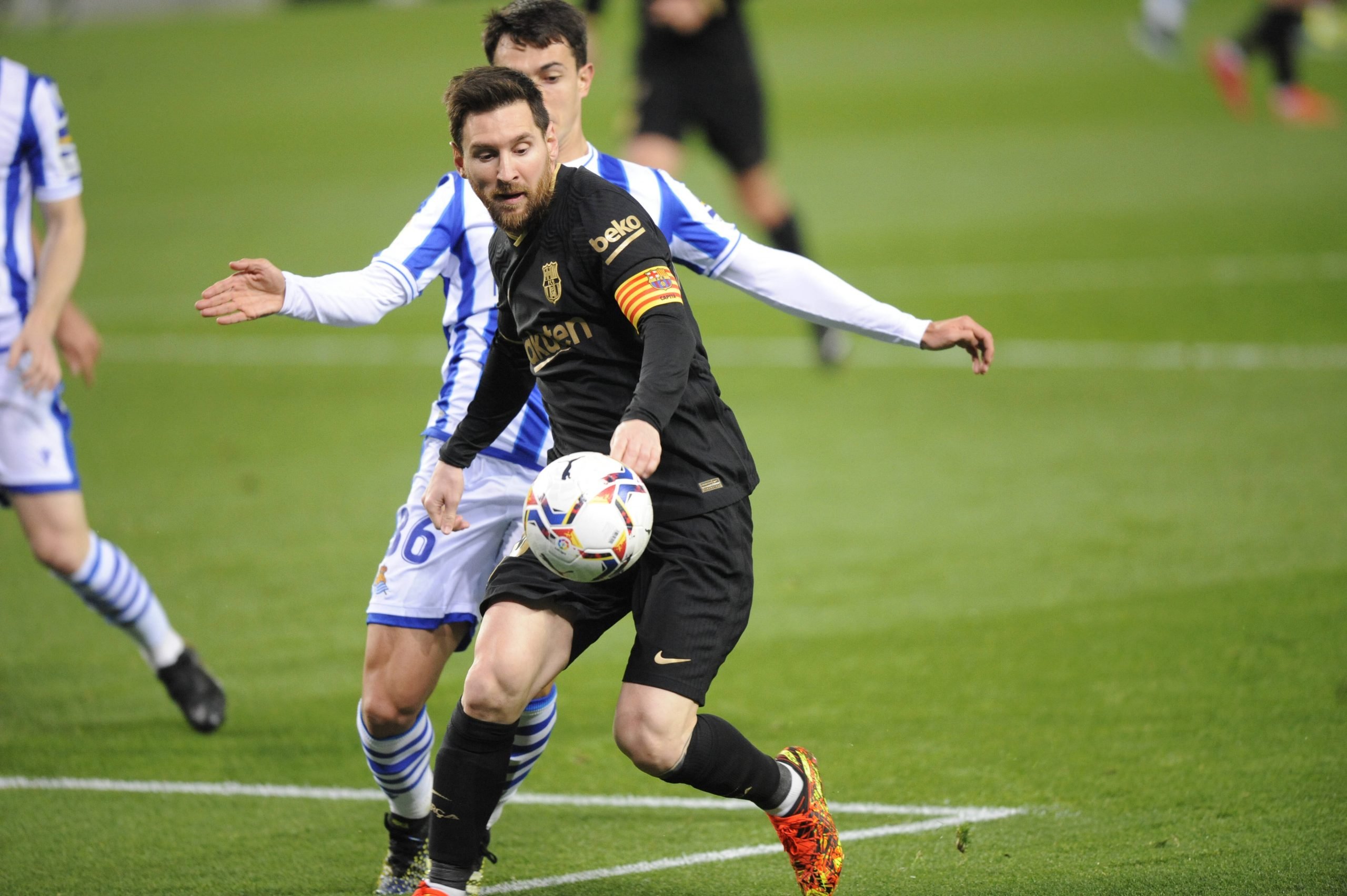 After Atletico Madrid maintained their lead on top of the table with a 1-0 win over Deportivo Alaves, all pressure was on Barcelona to continue their incredible run in the league with a visit to Anoeta, San Sebastian, to face Real Sociedad. On the occasion of Ronald Koeman’s birthday, the team rose to the task, and mauled La Real at their own ground to win 1-6.

In a game of incredible goals, Barça Universal brings to you the five stats that surrounded the incredible win yesternight.

Ronald Koeman’s men personally took it upon themselves to ruin Real Sociedad’s goal difference on the night, scoring four in 60 minutes and eventually finishing with six. It could have been even worse had Andre Barrenetxea not scored a belter in the 77th minute.

Real Sociedad have the 6th best defensive record in Europe.

Ilaix Moriba came on for Pedri with 22 minutes, plus added time to spare but made an immediate impact. Not only did he assist Ousmane Dembele for the fifth goal of the night, he was influential in the middle of the park, constantly coming up clutch.

Ilaix Moriba won the most duels (8) and completed the most dribbles (5) on the pitch yesterday in only 25 minutes.

All about one man on the night, it always is — Lionel Messi. The Argentine scored two on the night, and assisted Sergino Dest with a brilliant through ball, taking his tally to 16 goals and seven assists for 2021.

Lionel Messi has been involved in more goals than any other player in the top five European leagues in 2021 (23 – 16 goals and 7 assists).

Messi has been absolutely unplayable since the turn of the year, steam-rolling over every opponent he faces. He has led Barcelona to a challenge in the La Liga, and if the Catalan giants to win a trophy this year, it will be, like always, in large part, courtesy to Leo.

Messi has scored or assisted in every league game he’s played in 2021.

❗Official — Messi beats Xavi's record for the most Barcelona appearances of all time. 768.