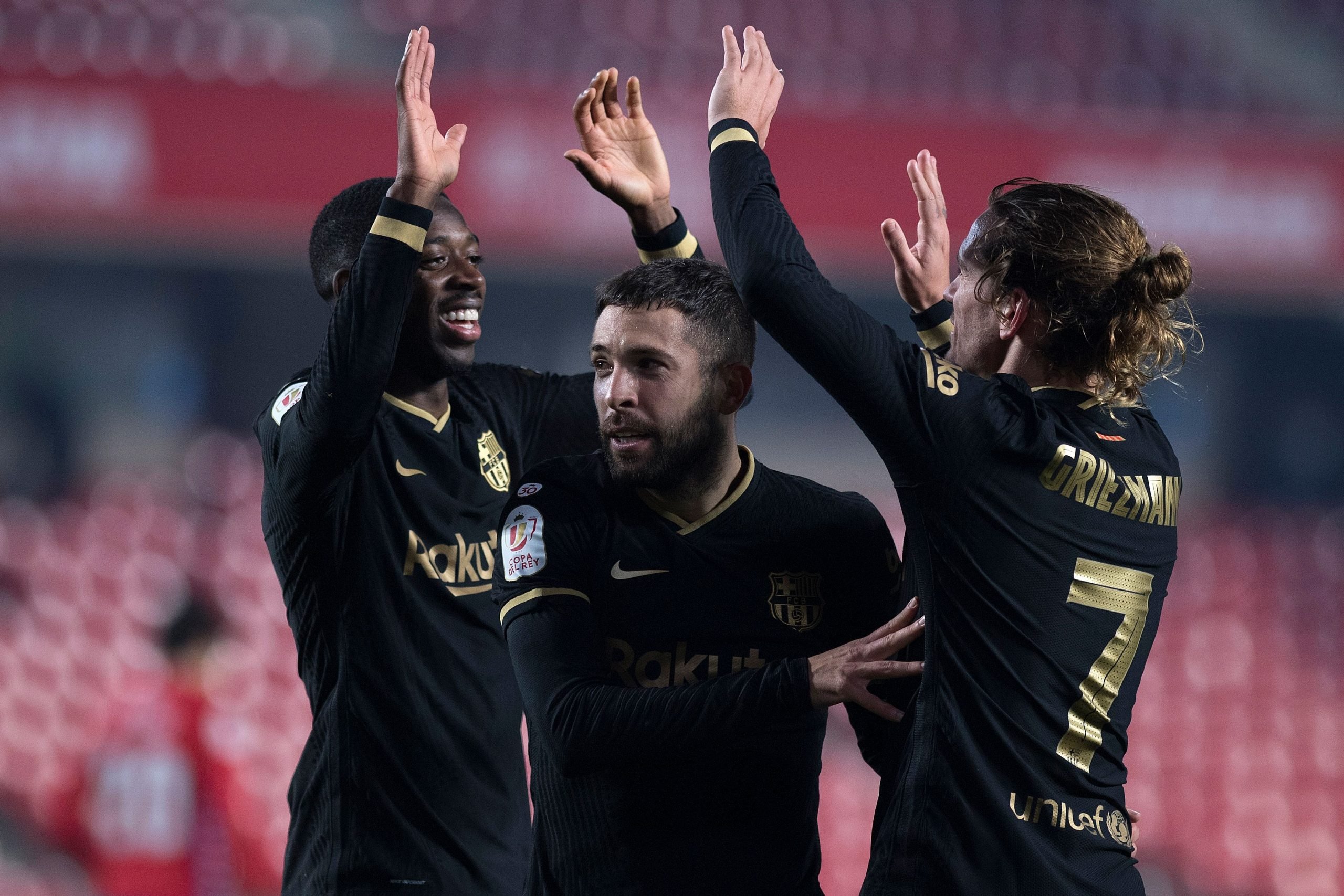 In a far from ideal, but certainly exhilarating manner, Barcelona overcame Granada at away from home in the Copa Del Rey quarter finals to register a 5-3 win after coming 2-0 from behind. Kenedy and Roberto Soldado had the game in the bag for Granda till the 80th minute, which is when Antoine Griezmann and Lionel Messi seemed to spring to life to score two goals in three minutes to equalise the scoreboard.

With eight goals on the board and 120 minutes played, it was always going to be a game statisticians got their hands on. Barça Universal brings to you the five key stats from the clash.

Ronald Araujo has been a pillar in the heart of the defence for Barcelona, but the exhaustion of playing every single game without fail seems to have started to get to him. It took 15 games, but Antonio Puertas finally found a way past the Uruguayan.

The midfielders did not have an enjoyable night certainly, constantly trying to win second balls, and picking up loose ends in the middle third. Frenkie de Jong, though continued his spectacular form, and scored a goal in the 108th minute that helped Barça ooze ahead. Following a sensational January, this could turn out to be yet another special month for the Dutchman.

Frenkie De Jong has 5 goals and 2 assists in 9 games for Barcelona in 2021. He is having his time at Barcelona currently. pic.twitter.com/ba4V4pC0mk

Well, this certainly seems like the area where Barcelona were uncompromised on the night. If not for a very special performance from Aaron Escandell, who made 14 saves on the night, the visitors would have killed the game off in regulation time.

Barcelona attempted 36 shots against Granada (20 shots on target), their most in a single game in all competitions since the 2013/14 season.

Lionel Messi, like always proved why he was worth the €555 million, and much, much more. He could not etch his name on the scoresheet, but boy did he absolutely annihilate the Granada backline through spectacular passing and dribbling.

Leo Messi was directly responsible for 21 shots tonight. 11 on his own plus 10 key passes. He also won 3 free-kicks. pic.twitter.com/r6YxWP4Qu0

On to the man of the hour, Antoine Griezmann. If there is one player who is enjoying life right now at Barcelona, it is the World Cup winner. The French ace has continually come up clutch for Barcelona throughout January, and seems to have found his footing. He masterminded the comeback yesterday, scoring two goals and giving two assists.

Antoine Griezmann has been involved in 13 goals (7 goals and 6 assists) in his last nine games with Barcelona. Confidence dose. pic.twitter.com/grntEoBnj1