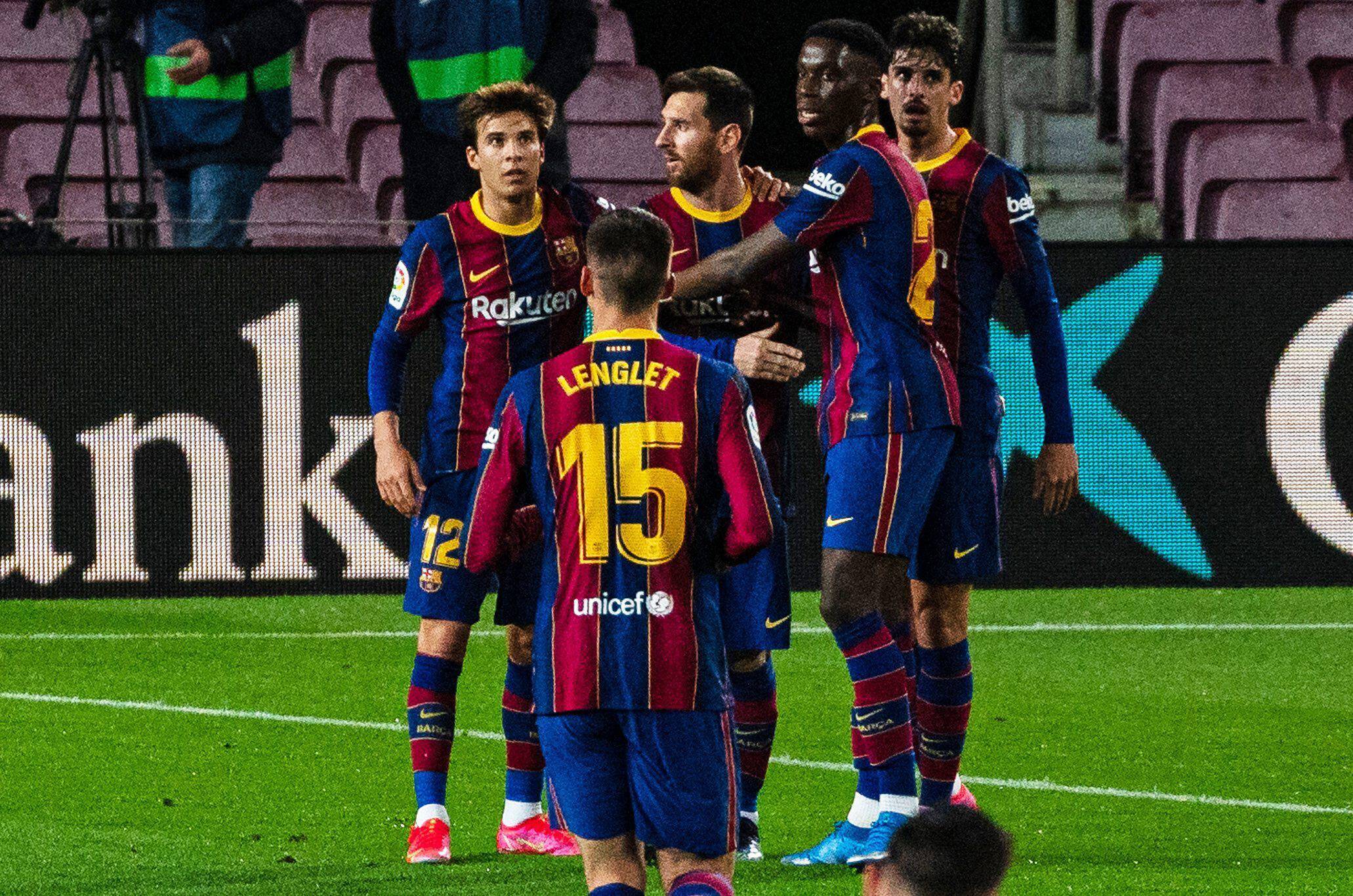 With the clash against Paris Saint-Germain feeling like a burden, Barcelona had the pressure of putting on a show against Deportivo Alaves at the Camp Nou so as to continue their winning run in the La Liga. As sensational second-half display from Lionel Messi inspired Barça to a 5-1 victory with four of the six goals coming after half time.

Barça Universal now runs the rule over the game, bringing you five key stats that stood out from the night.

For most of the night, the defence was unbothered by the Deportivo Alaves attack, barring the one chance created for them by Ilaix Moriba. Speaking of whom, the teenager helped opened the scoring for Barcelona with an assist to Fransisco Trincao in the 29th minute of the game.

Ilaix Moriba is now the youngest player to have provided an assist in his first game in La Liga this century (18 years & 25 days).

Five goals in one game naturally calls for some bizarre stats. Let’s start with the GOAT, Lionel Messi. On the night, he scored two goals, each having an xG of 0.03. To put that into context, each of those shots has the probability of going in only three times out of one hundred attempts.

Lionel Messi’s two goals this evening were both worth 0.03 xG.

Speaking of scoring goals from unlikely positions, it seems that Deportivo Alaves are one of Messi’s favourite opponents. Primarily because they allow him the room to cut in from the right and let shots fly.

Lionel Messi has scored four goals from outside the box vs Alavés, more than any other opponent in all competitions since the 2016/17 season.

Another player who enjoyed the outing yesterday was Fransisco Trincao. The Portuguese took his chances on both occasions and grabbed a brace. He was incredibly close to grabbing his hattrick as well, but was deemed offside for the third goal. Either way, a special game for the youngster.

Trincão has become the first Portuguese player to score a double in La Liga since André Gomes in April 2017 and has scored the goal of Barcelona with the largest sequence of passes in the competition since at least the 2005/06 season (35 in the first). Buildup.

Antoine Griezmann was far from perfect on the night, and the only big chance he got was eventually ruled offside, and hence deemed inconsequential. However, he was decisive whenever he got the ball near or in the penalty box, and assisted two goals on the night.