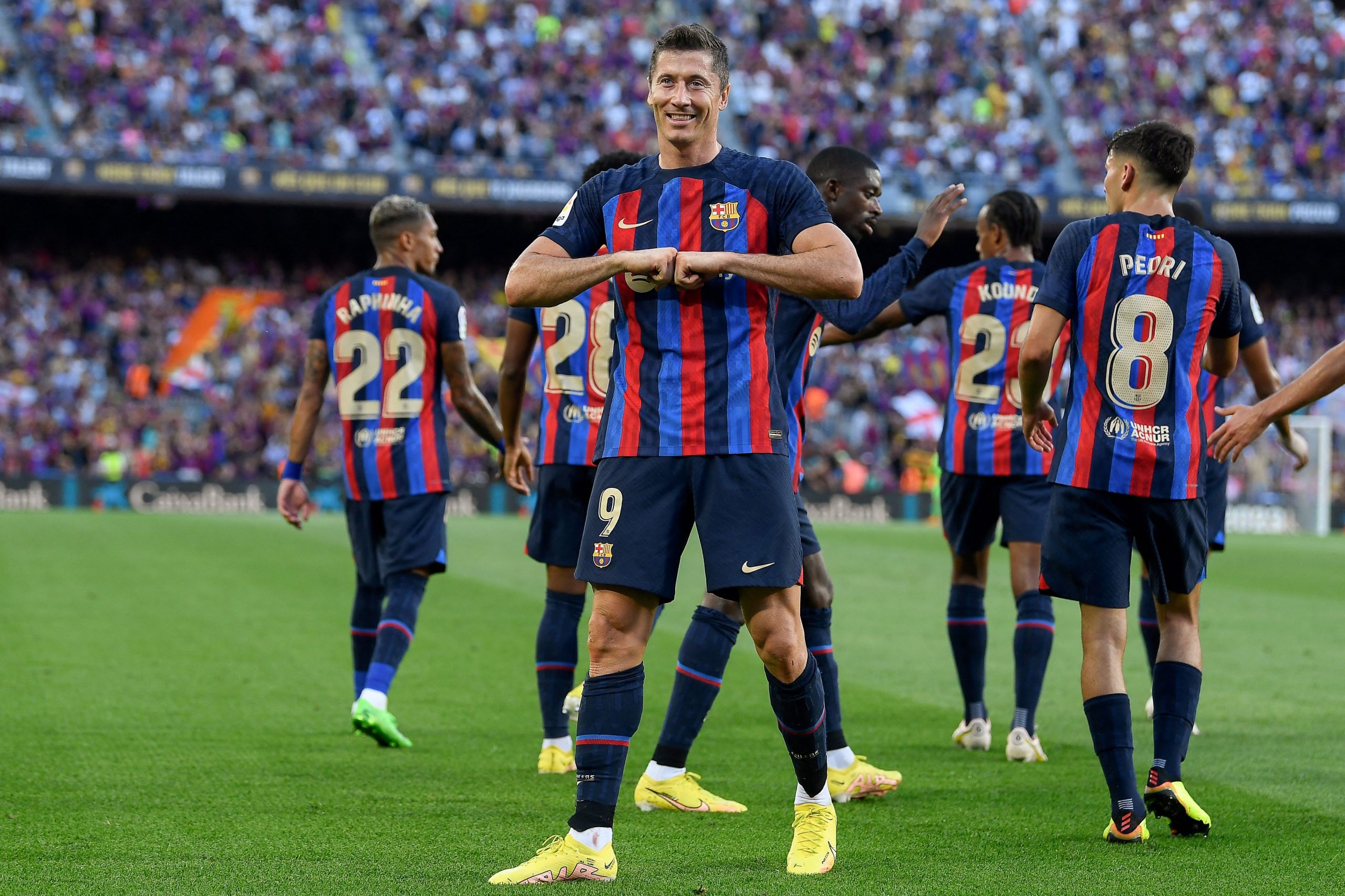 Barcelona picked up their home win of the 2022/23 campaign on Sunday night as they thrashed Real Valladolid 4-0 at Spotify Camp Nou, riding on the brilliance of Robert Lewandowski and Ousmane Dembele.

The Poland international grabbed his second brace in as many games, while Dembele notched up two assists, helping the Blaugrana to another emphatic victory after the 4-1 triumph over Real Sociedad last weekend.

Lewandowski opened the scoring in the 24th minute with a poacher’s finish, before Pedri doubled the lead minutes before half-time. The former got his second of the night a little after the hour mark before substitute Sergi Roberto added the fourth in stoppage time.

The 4-0 triumph meant that Barcelona have scored exactly four goals in seven of their previous 20 La Liga matches.

After a slow start against Rayo Vallecano in his La Liga debut, Lewandowski is starting to hit his stride in Barça colours.

With his double, Lewandowski also became the first player to score four goals in his first three La Liga appearances since Radamel Falcao for Atletico Madrid in 2011 and the first to do so for Barcelona in the entire 21st century.

Meanwhile, Dembele continued his resurgence under Xavi Hernandez, setting up two more goals on Sunday. It meant that the Frenchman has provided 12 assists in La Liga in 2022 – no player has more assists in Europe’s big five leagues this calendar year.