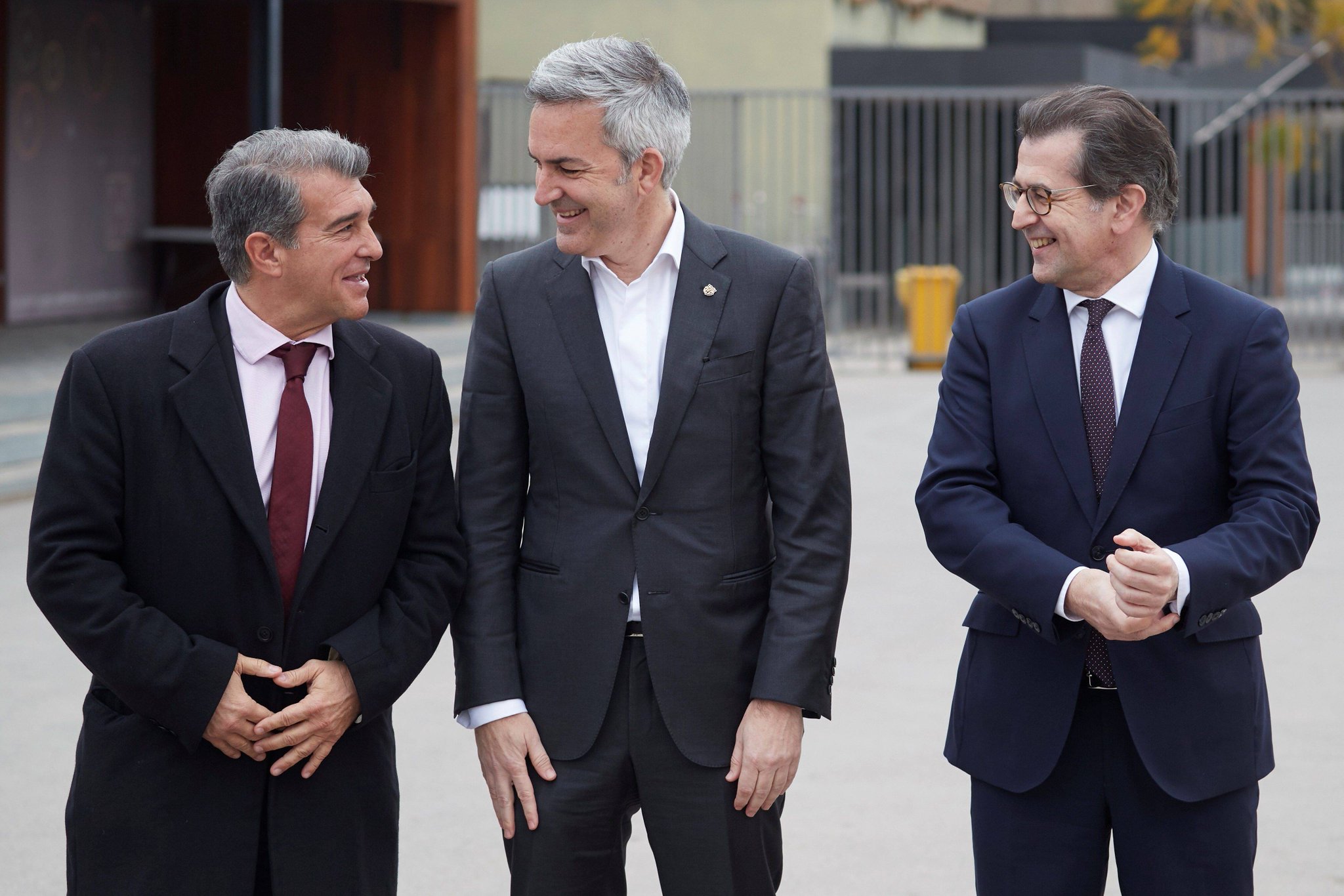 It’s nearly time now. Tomorrow evening, Barcelona will get a new president who will hopefully usher the club into a better and brighter future. As of right now, everything is still possible and we don’t know for certain who’s going to win.

That being said, yesterday all three of the candidates had their final chance to sway the socis in one last debate. Joan Laporta, Victor Font and Antoni Freixa locked horns and delivered their projects anew, this time interacting with each other a lot more.

And we are here to bring you the best parts of the whole debate, highlighting all three’s most impactful quotes. The clear favourite in the race, Laporta, again, emphasised how important it is to make the members the true owners of the club once more.

“The members will continue to be the owners of the club. We will return Barça to glory again. In economic matters, be calm. Everything points to the fact that the fans will return to the stadium at the end of this year. On the pitch, we have to improve too.”

But one other big thing he mentioned was ensuring justice is served at the club. In particular, he talked about Josep Maria Bartomeu’s administration and the whole corruption scandal that ensued because of their poor leadership.

“If I win, I will conduct what’s called a ‘due diligence’. If the investigation shows that the previous administration is guilty, we will take the right decision for the club. This is clear, but I would also like to highlight the possibility of innocence.”

Laporta firmly believes he is the one to bring Barcelona back from the brink and towards the top once more. He respects the club and is absolutely sure his new sporting project will revitalise the Catalans. And if you get asked why you voted for him? Just tell them because you love the club.

“I respect Barcelona and I am trying to get the club back. That’s why I present myself, because I am sure I can do it. If you get asked why you vote for me, tell them: ‘because we love Barça.’ Thank you.”

Font, on the other hand, was very adamant on presenting something entirely different to what we’ve seen so far. In his mind, the best way to start building for the future is to embrace it. He dislikes Laporta’s views that highlight past achievements even though he obviously respects them.

At the same time, he believes he has more experience and a better play than his rivals, saying to Laporta: “You have to respect someone who has 3 times more business experience than you and has worked on a project that represents the solution Barcelona actually needs. Old solutions don’t work with new problems.”

Again, Font is not afraid to throw different names into the conversation, mentioning Xavi once more. But the biggest takeaway from his speech is that he claims he actually has a plan as opposed to his rivals just improvising.

His new sporting project is based on years and years of meticulous planning and doing his homework. “There are experienced people who will work with us, such as Xavi and Jordi Cruyff. We did our homework, and we’ll prepare our team for March 8th. We have spent years searching for those who must make decisions.”

Either way, he will start working on different solutions immediately as Barcelona’s revival cannot wait any longer. However, these things will also take time, that much we have to understand. “Our plan is to start working immediately for the new season. In the summer we will announce the plans for the Nou Camp Nou, which will take 5 years in construction.”

Freixa tried playing the loyalty card, claiming he was always there for Barcelona, attending every final and never missing an important occasion. Can the other two candidates say the same thing? He would argue not.

“I’ve never missed a final, neither as a directive or as a fan. I don’t know if the other candidates can say the same thing.”

He also understands the financial situation at Barcelona is bad but the first order of business is to somehow improve what’s happening on the pitch. Freixa has people who are available right here and right now whereas his rivals talk about partners and friends who are not even present to confirm that.

“My sporting director, Lluis Carreras, is here, not in China, and he said he’s part of my project. The sporting aspect is the most important in the management of the club. There is no way to grow economically if the results on the pitch are bad.”

Finally, Freixa mentioned Barcelona youngsters as proof that the club needs to go back to its roots. That is the only way to succeed and improve once more. The likes of Ronald Araujo and Oscar Mingueza prove the future rests on young players’ shoulders.

In his mind, he is the right person for the job and with him at the helm, a wonderful era awaits the Catalan giants.

“The players who know the team’s methodology are the ones useful for Barcelona. Mingueza and Araujo proved it. We haven’t believed in our philosophy in recent years, and we’re going to get that back and believe in the young talent we have.”

“We truly have a great 6 years ahead of us. We’ll get our greatness back. You will be proud of your president, who hides nothing. We all love Barça, and we have to be faithful to them. Visca el Barça i Visca Catalunya!”