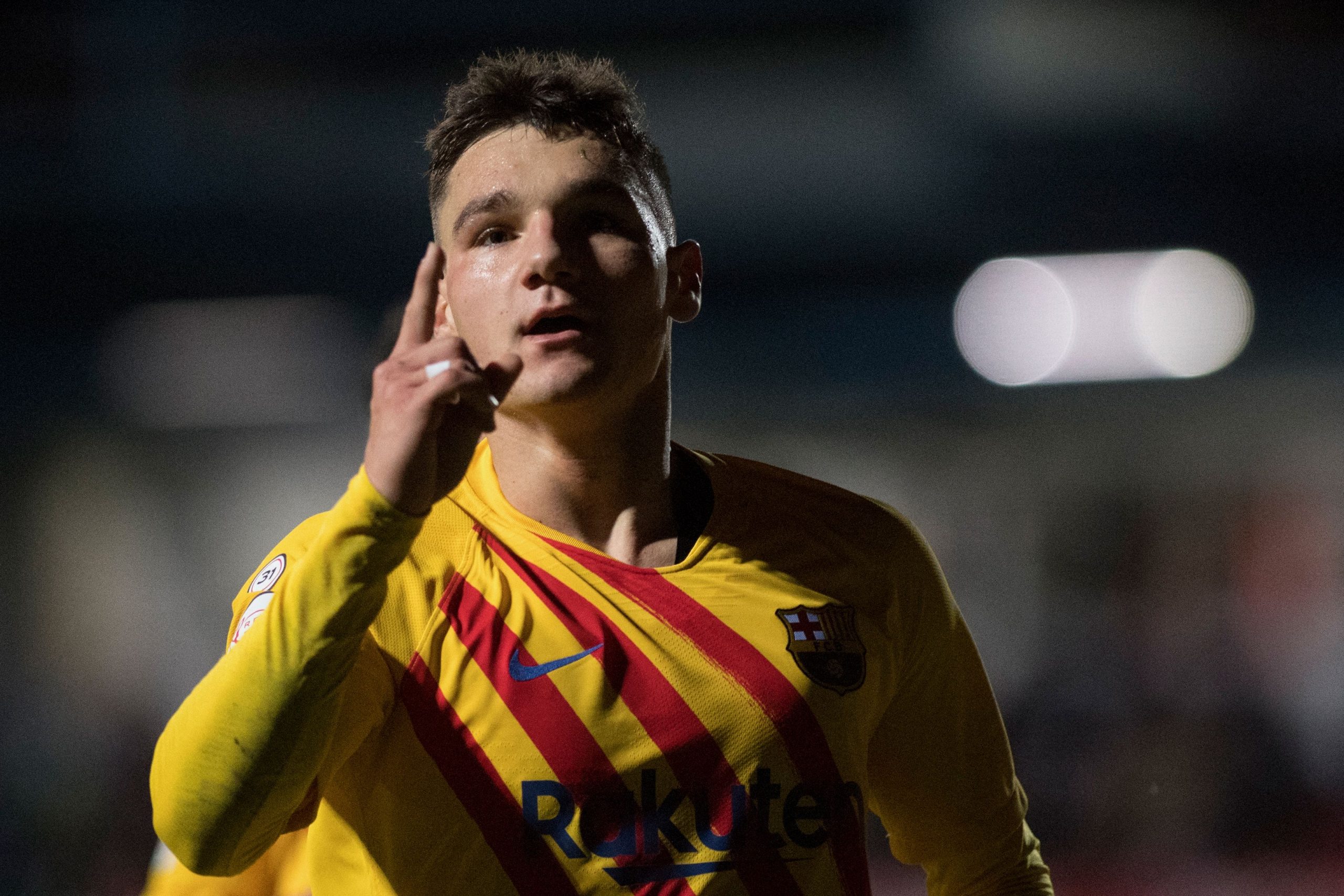 Ferran Jutgla signed for Barcelona in 2021 from Espanyol B, and was boosted into the senior team by Xavi against Osasuna. The Spaniard eventually registered nine games for Barça, scoring two goals.

His rise to the first team was penned down by possible suitors, but after Barcelona signed Pierre-Emerick Aubameyang, Adama Traore, and Ferran Torres in the winter, Jutgla moved back to the reserves for the rest of the season.

That confidence did him a world of good, though, as he ended up scoring 13 goals in 17 appearances for Barça Atletic from January onwards. In the summer, he finalised a move to Club Brugge, and has had a sensational start to life in Belgium.

Jutgla has scored and assisted two goals in four appearances in the Belgian league, and has taken his impressive form to talk about life at Barcelona in an interview with Eleven Sports.

On playing at the Camp Nou: “It was unbelievable, when you look at that big stadium, full of people. At that stage, I was used to playing with an attendance of 1000 only.”

On scoring against Elche: “It was incredible. Players like Busquets, Dembele, and all others stars came over to celebrate my goal. It was a feeling of pure joy.”

On leaving Barcelona: “When Barcelona signed Auba, Ferran, and Adama, I know things were going to get difficult. Things had changed.”

“Eventually, Xavi called me. He told me I’m a great player, but that I did not fit into his plans for the new project. He wished me all the best.”

On playing for Barcelona: “I had a notebook and started writing down all things that stood out to me with the first team. The intensity of the training sessions was so high, I learned a lot.”

On returning to Barcelona: “Yes, you never know in life. If I do things well, I can return, but right now I’m focused on developing as a player. It would be an honour, Barcelona are one of the biggest clubs in the world.”