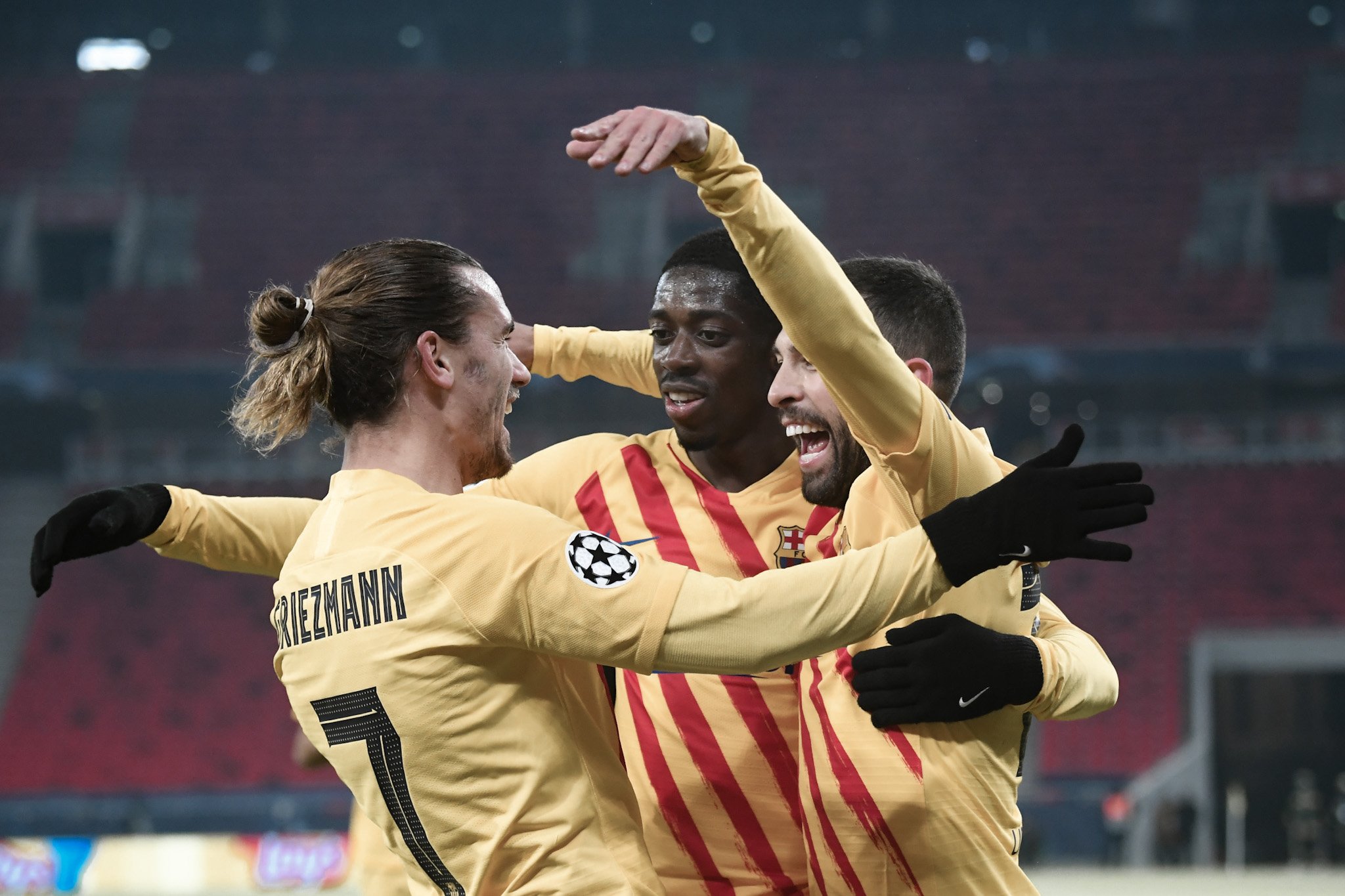 After two thumping wins in a row, Ronald Koeman decided to go to Hungary with a weaker side. No Leo Messi, no Frenkie de Jong, no Marc-André Ter Stegen, and no Philippe Coutinho. Much like against Kyiv, the youngsters and fringe players had the chance to impress. And impress, they did.

The lineup was inch-perfect. Many stars got the well-deserved rest, and one man rose above all. Ousmane Dembélé dominated the Hungarians. He ran riot on the left and dictated the Catalans’ play. The Frenchman was involved in the first three goals. First, a quick sequence between him and Jordi Alba where he would send through the Spanish full-back on the edge of the area. Alba’s pass was perfect and landed on Antoine Griezmann’s foot. This is the 29-year-old’s fifth goal in seven matches.

Dembélé continued to be the gamemaster when his run, which ultimately ended in a great cross, made the second goal. The ball went across the area, and Martin Braithwaite, much like Griezmann had an easy finish. The Dane then won a penalty which Dembélé converted. A complete first-half performance by the Frenchman will put him in contention to start on the weekend.

Overall, this is the kind of performance Culés want to see from Koeman’s men. A professional job to surely confirm the top spot in the group.

As Koeman made two changes at half-time, Barcelona did not score any more goals. The Catalans were not asleep, though. They tried to get a fourth, but their finishing was not there.

It was the Dembélé show. The Frenchman, who captained the side, had many mazy runs and could have ended the game with hat-tricks of goals and assists. The winger was sensational. He terrorised the Hungarians with his skills and pace—a vintage performance from one of the best players in the world currently.

Dembélé could have had an assist if Francisco Trincão had not missed a sitter. The Portuguese youngster had a below-par display and has to change many aspects of his game. Overall, Koeman made many changes, with Riqui Puig, Carles Aleñá and Konrad de la Fuente all getting an opportunity to shine. The youngsters all had decent cameos but nothing of note from them. Nonetheless, Puig could have had a goal if Dembélé’s pass was not too weak. The Spanish midfielder broke through the defence and gave the ball to his captain, who tried an altruistic pass.

Again, Koeman’s side did not lose their focus. Instead, they played 90 professional minutes and have basically qualified in the first place from a relatively easy group. Onto the Cadiz this weekend.

That brings an end to the Match Summary of the Ferencvaros 0-3 Barcelona game in the Champions League group stage matchday 5.