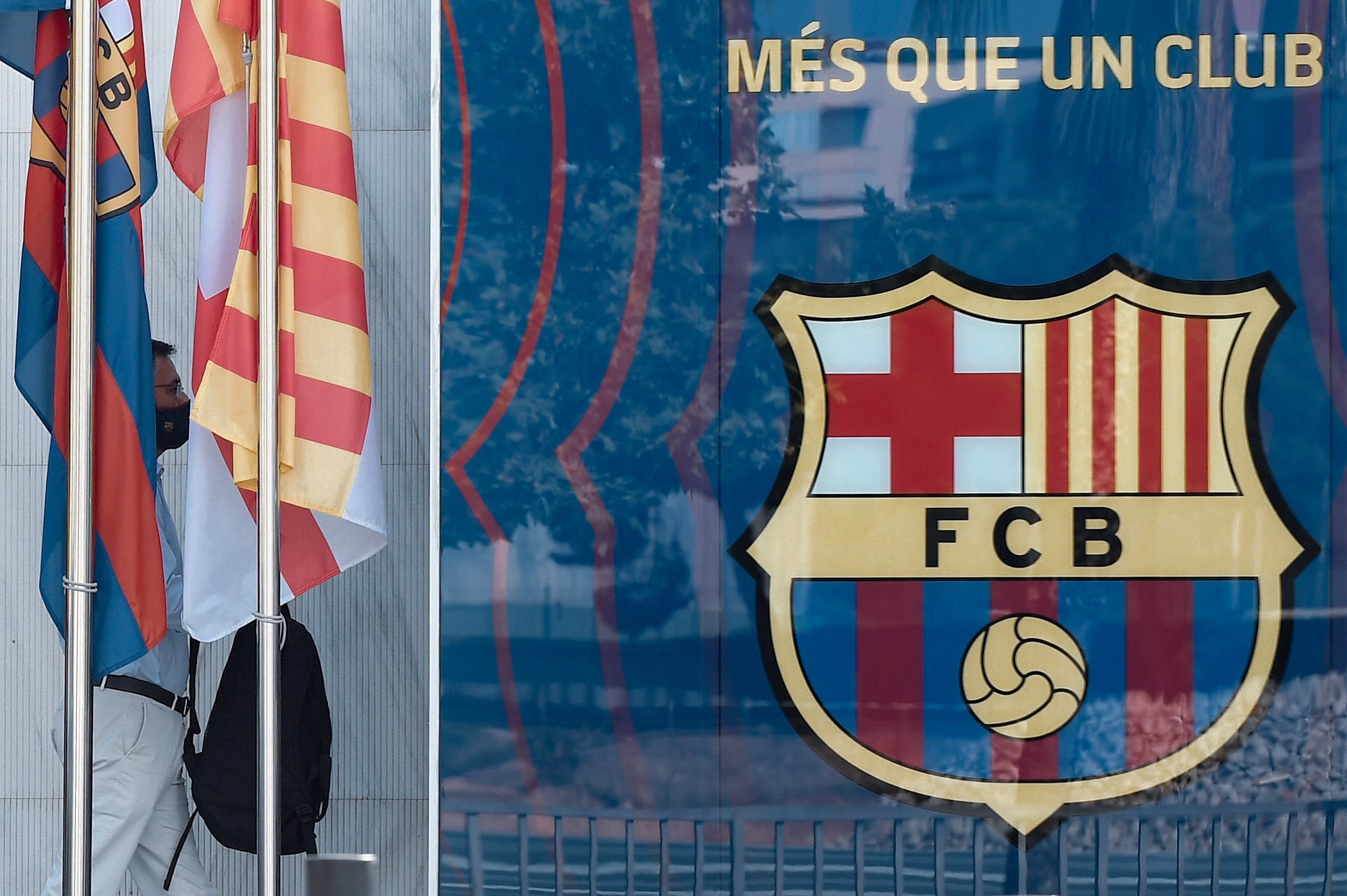 The moment came. Cules Rejoiced, fireworks lit up all across Catalonia. In Turin, Messi and Pique silently exchanged grimaces. It was after all not an outcome of a days effort. Josep Maria Bartomeu had resigned after years of being at the wrong end of criticism.

The reign of terror came to a screeching halt on Tuesday. It marked the end of a tumultuous era that stemmed from Sandro Rosell. The period had seen Barcelona transition from their peak to the lowest they had ever been.

The fans who arrived at the Camp Nou to protest will have cause for celebration now. (Photo by Pau BARRENA / AFP)

From a team that toyed with the biggest sides in Europe as if they were toys to a side that has become synonymous with ‘bottling’. Moreover, from a side that showed beautiful football on the field to one that had to advertise that they play colourful football. The fall has been steep.

Why do well, sir?

Now, all eyes are finally on a fresh start. The options on the horizon are promising. Whether it is Victor Font, Joan Laporta or Augusti Benedito, it will certainly not be Bartomeu or his troop again. His term would indeed have ended in just six months either way. However, plugging the hole six months in advance serves a lot to the club’s benefit.

It not only provides six more months for good decision making but eliminates 180 days of bad decision making. With elections just 90 days from now, Culés breathe a sigh of relief. However, one must not forget that the damage inflicted by the previous board is not to be taken lightly. A stitch in time would have saved nine. Barcelona now, however, need all nine and probably even more stitches.

In an ideal world, bureaucratic issues should have little to no effect on the sporting results of a team. The world, however, is far from ideal. It is well known that a lot of the senior players were against Bartomeu & co. The management ill-treated them on multiple occasions, hiring agencies to spoil senior players names, and used them as scapegoats to plug their mistakes.

The first task for the new board will start with convincing the existing players about the project in hand. Lionel Messi, for instance, has reiterated multiple times that all he wants to see is a project. Providing a blueprint of what is planned for the coming years will be inevitable and crucial for those taking over. After all, transparency goes a long way.

However, sporting results do not depend solely on the existing players. With the amount of money laundering and the innumerable scams pulled off by the previous board, those coming in will find themselves at an acute shortage of funds.

The transfer budget will be curtailed; a new project undoubtedly requires a lot of economic investment which may not be available immediately.

A rebuild requires going back to the fundamentals, and the new personnel will have to start from the grassroots. Right from the way the academy is handled, to the opportunities provided to the graduates.

The scouting, the transfers, sensible contracts that keep players on their toes are all factors affecting a long term objective. After all, it is the youth that will constitute the next golden generation. All this drinks in a lot of revenue. Especially after the global pandemic and consequent absence of stadium revenue, things seem uphill.

In the managerial department, too, changes threaten to arrive hard and fast. Though Koeman has just got started, there is no guarantee that the new board will be supportive of him. In the event of it being Victor Font, it seems almost certain that another club legend in Xavi Hernandez will replace the Dutchman. This again requires time, money and patience.

A project is a like a tree. If mildly injured, it can recuperate. However, once brought down, it cannot be salvaged.

Similarly, it is wrong to expect a project like Barcelona’s that has been so recklessly handled in the recent past to be “fixed”. Very much like the tree, the only way to relive the past will be to plant a new sapling. And that demands patience, time and effort. The sapling will take time to flourish; however, it is the only way to get back the nostalgic lushness of the tree that one craves.

Bartomeu and his men have ruthlessly felled Barcelona’s tree. With 488 million euros just as openly admitted debt, the damage is truly unfathomable. Taking over the presidency at this stage is nothing short of self-sabotage. Yet, we have the men who are ready to take over and see the club through this obstinate period.

The Camp Nou will scream in joy once more. (Photo by LLUIS GENE / AFP)

That nostalgic Barcelona that promised beautiful dominating football every week is a part of our golden history. Undoubtedly, we may not see that magic again. Nevertheless, all Culés ask for is a competitive team that can compete dominantly on all fronts.

With Bartomeu finally out, and a new board, that will surely come. We must remember, though, that Rome was not built in a day. Success will take its time to arrive, but when it does, it is going to last. The fans must not be hasty. A lengthy wait may be ahead, but one that is worth it.