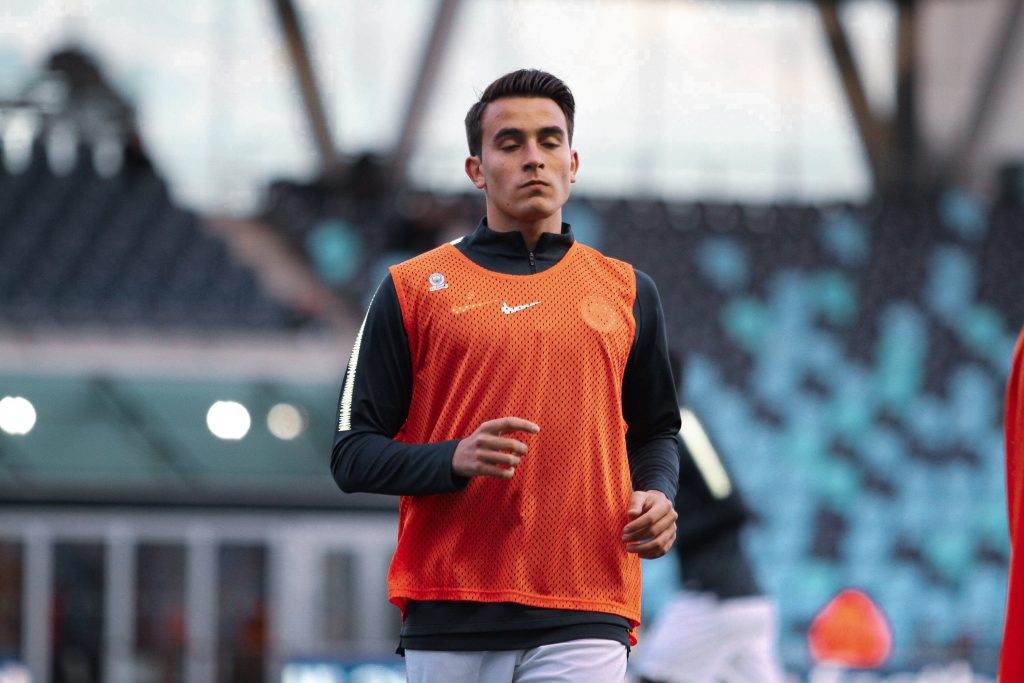 Eric García, one of La Masía’s most impressive prospects in recent years, but sold to Manchester City in 2017, is now linked with a move back to Barça. Is it a relistic scenario? Or is his return too complicated?

The transfer market is getting closer and new rumours come to light. This time there is a new link to Barcelona, shared by ESPN, related to Eric García. The 19-year-old left La Masía in the summer of 2017 to sign for Manchester City after failing to reach an agreement with Barça’s board. According to sources, the azulgranas have now asked about the player and have interest in his return.

One of the most talented defensive prospects in all of Europe without a doubt. Eric may not have had many opportunities with the Citizens’ first team, but in 2020, with the injury problems in the English team, García has had a couple of valuable opportunities. Now that the Catalan club is considering his return for the summer, let’s analyse his situation and whether or not this move is feasible.

One of the main reasons why Eric García left Barcelona was due to disagreements with the board. Before departing, the young Spaniard was one of La Masía‘s jewels. He was doing very well, with good performances and with enough maturity despite his young age. However, the directives never had a vision with the player to have him in their plans for the first team. So Barça offered him to move from the Cadete A to the Juvenil B with a contract below his true value. A proposal that disappointed Eric.

Soon after his arrival, Eric García was already named captain of Manchester City’s U–18 side | Photo by Alex Burstow via Getty Images

Another reason was the management’s treatment of young prospects. In recent years there has been a great job done in the lower categories, but such has never reaped rewards with proper first-team opportunity for the gems who really deserved it. Like Riqui Puig and Álex Collado nowadays, or Carles Pérez and Marc Cucurella a couple of months ago. In addition to the board’s disappointing proposal, Eric García analysed what was happening with the young core. As a consequence, he started to listen to offers from other teams. Perhaps Eric García lacked patience or the board lacked comprehension. In the end, the teenager was appealed by the project from Manchester City.

Manchester City signed Eric García for 1.5 million euros in the summer of 2017. The Sky Blues offered the youngster a greater amount of money, but that was not his main interest. Instead, the English giants presented Eric García a well-structured and reliable project where he was given a well-defined role and perspective for the long-term. And of course, Pep Guardiola as the coach increased the confidence that this proposal generated in him.

❛ I heard something about him, he was in the Barcelona academy, he was the captain in all the youth teams, he arrived here and he was immediately a captain…❜

After playing for the reserves of Manchester City, García was promoted to the first team and he has gradually been earning several call-ups since. Even so, a good place in the team has been complicated by the large number of players in that spot, including Aymeric Laporte, Nicolás Otamendi, John Stones and Pep’s latest successful experiment in that position: Fernandinho. However, Laporte’s serious injury, among other games that the other centre-backs have missed, has served as a golden opportunity for Eric García.

Here are some of the conclusions that can be drawn from Eric García’s first appearances in the Premier League. Overall, he is an expert in terms of passing the ball. He has an average of 81 passes per 90 minutes, completing 95.7% of them. 8.42 passes of these reach the final third, and the success rate does not drop in such longer deliveries: 95.8%. These are brilliant numbers, even if his playing time has not been big enough to get a full picture of him. Notwithstanding, it already proves that he has the pure Barça DNA. He’s a master of the ball. Controlling, passing and starting plays. Moreover, he’s excellent in his positioning, anticipating and reading situations before others. All of these qualities allow him to be a mastermind when it comes to tactical scenarios.

❛ He is an incredible boy, capable of leading the entire defence. He’s very smart, plays with great concentration, and very well❜

Nevertheless, García has a lot of room for improvement in some aspects. For example, in how to mark the attackers. The young player occasionally positions himself slightly deeper, protecting the zone instead of marking his target tightly. On some occasions, this situation lets his opponent receive the ball too easily. Similarly, he is sometimes a bit vulnerable in one-on-ones or in situations where he has to occupy a big area, as is often the case with counter-attacks.

Another thing is the aerial game, as his height of 1.83 meters doesn’t allow him to win duels easily. That said, what he doesn’t achieve with his height is compensated by his mental agility, something that the likes of Carles Puyol or Javier Mascherano also had. Eric is not that fast either, but there is no need to worry.

Eric already has the characteristics hardest to find in a centre-back: a ball-playing nature and a brilliant tactical game. What he lacks is an imposing physique that is refined over time, so it shouldn’t be given so much importance considering he just turned 19.

Could Eric García return to Barça?

Barça’s situation has worsened from 2017 to the present year. It is hard to imagine that Eric García would be considered by the same board that rejected him a few years ago. There are very little possibilities for Barcelona. Nevertheless, Eric’s contract expires in 2022, and it is still unclear whether he will renew with the English team. Manchester City has been trying since January to negotiate a new contract for the player, but they have failed to convince him. Does Eric García have in mind a return to Barcelona after his contract ends? Perhaps yes, and there are reasons to believe this argument.

Eric García’s contract ends in 2022, one year after FC Barcelona’s presidential elections. This means that a new board would have been in command for a year, so the footballer could have a better perspective of the club. Another reason is that Eric was born in Barcelona, ​​has lived there for most of his life, his family is from there and he is a huge culé fan. He loves the city and possibly dreams of a homecoming.

In spite of recently turning 19, Eric García has been a regular in the latest squad list from the Spanish U–21 team | Photo by Aitor Alcalde via Getty Images

Finally, the strongest argument of all is that his representatives are Carles Puyol and Iván de la Peña, two figures in the history of Barcelona. If Víctor Font, candidate for the 2021 elections of Barcelona, manages to become the president, Puyol will probably be named the sporting director of his board. This would greatly facilitate the return of Eric García.

For more incentives or proposals that Citizens make to Eric García, this is an important decision that is in the player’s hands. Everything will depend on what made him leave Barça: the vision. Now, what would happen if Bartomeu’s board won the elections? A return would be far more unlikely.

Having Eric García back in 2022 has to be the the top priority of Barça. In the first place, he should never have left. And, more importantly, in 2022 Gerard Piqué will be 35 years old. Therefore, getting a heir for the Spanish legend has to be a big matter to consider. Eric García, despite his tender age, is the closest to Piqué’s profile. Eric’s return to Barcelona this year is very improbable, but in the not-too-distant future he could indeed be back at the Camp Nou.

• Romário: 16 months of pure greatness and drama at Barça

• Do the Barça goalkeepers need to be rested as well?

• Blackout Tuesday: football should learn and teach a lesson