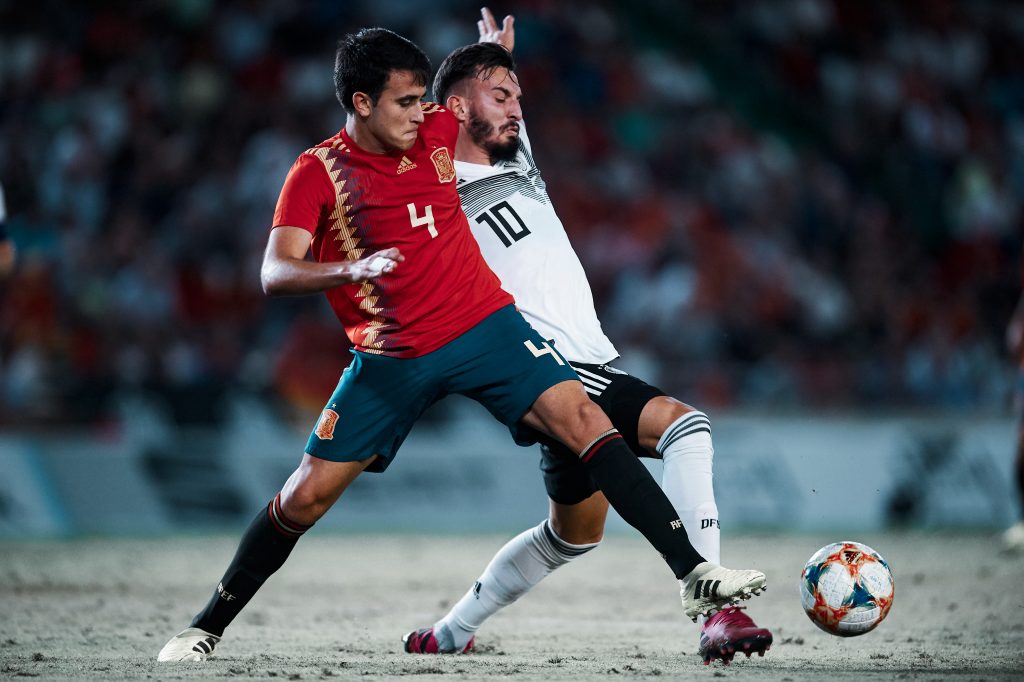 Centre-back Eric García is very close to leaving Manchester City and signing for Barça after Pep Guardiola confirmed that he will not renew his contract, which expires in 2021.

What seemed impossible a few months ago may now become a reality. Eric García is very close to returning to Barça and each day that passes from now on will be crucial for this movement to be completed as soon as possible. Needless to say, it would be one of Barcelona’s most important signings for the future and a return all culés want to see, since the young Spaniard was formed at La Masía but left the club in 2017 while he played for the Cadete A.

📰 — Eric García has decided to return to Barcelona. He hopes Man City and Barça reach an agreement this summer, otherwise he will have to wait until his contract ends in 2021. Signing the player is only a matter of time. [sport] pic.twitter.com/VqbHoWBmdA

With the recent and questioned signing of Nathan Aké by Manchester City, it could already be speculated about the future of the defensive line of the Sky Blues. With names like Nicolás Otamendi, Aymeric Laporte, John Stones, Fernandinho and the signing of Aké, plus the links with Kalidou Koulibaly, Eric García’s minutes would be in jeopardy for the following season.

Eric had already begun to have a leading role with Pep Guardiola due to the team’s multiple injuries and the inconsistent level from Otamendi and Stones. The teenager had even received numerous compliments from his current coach. However, one day after the official announcement of Ake’s acquisition, on Thursday afternoon Pep confirmed that García will not renew his contract with City and wants to leave the club.

Now that it is official that he will not renew with his current club, fans await to see what his next adventure will be. Bayern Munich, Juventus, PSG…All European giants surely want Eric, as expected. Notwithstanding, there’s only one name at the top of the list: Barcelona, García’s favourite destination. He grew up in Catalonia, his whole family lives there, he is a fan of the club and the azulgrana‘s project will change in 2021 with the new presidency. The question is not which club will he go to, but when will he move to Barça.

The former La Masía player has one year left on his contract, but he could arrive in the summer of 2020 and play the next course at the Camp Nou already. Since his contract expires next year, the youngster’s value will be much lower than what it actually is, so the Citizens will ask around 23 million euros for him, per Sport. In the hypothetical event that the culés did not sign him this year, the Catalans could bring him for free in 2021. That said, Eric will most likely arrive in the next few months and the negotiations between clubs may begin as soon as the Champions League is over.

Raised at La Masía and polished at Manchester, Eric García is now ready to return to Barcelona | Photo by Simon Bellis / Sportimage via Imago

At last there are good news for Barcelona, as there are many reasons to be excited with this movement. The 19-year-old prospect on paper is the perfect replacement to Gerard Piqué and it would be ideal to start giving him importance in the team once he is part of the club. A passing specialist, Eric is adept at building up calmly from the back, breaking lines, and defending with immaculate anticipation and positioning. He is not very fast nor tall, and still suffers aerially, but he makes up for it with his great ability with his feet and mind. Even so, little by little his weaknesses are being transformed into strengths.

Not only that, but he is a player who transmits leadership and knows how to increase the concentration of the team with his character, in spite of his tender age. Not only on the pitch, but Eric would also be an excellent addition in the dressing room and a leading voice for the youth teams.

Furthermore, his age and potential make him a talent capable of leading the next generation in the next decade. Always with class and maturity, the Catalan looks as if he had been playing in the elite for years. Eric García is predicted to be one of the best signings for the future of Barça and this is the perfect opportunity for such move to take place. It’s now or never. Now, it is the Barcelona board who must not miss this unique chance to acquire the services of the best replacement for Gerard Piqué.

There may be more updates on Eric García’s case of once the Champions League is over, but for now, Barça fans can be excited to soon see the prodigal son return home. With every week, every day and every hour that passes, supporters are closer to witnessing a tweet from the official website of FC Barcelona with the announcement of Eric’s signing.