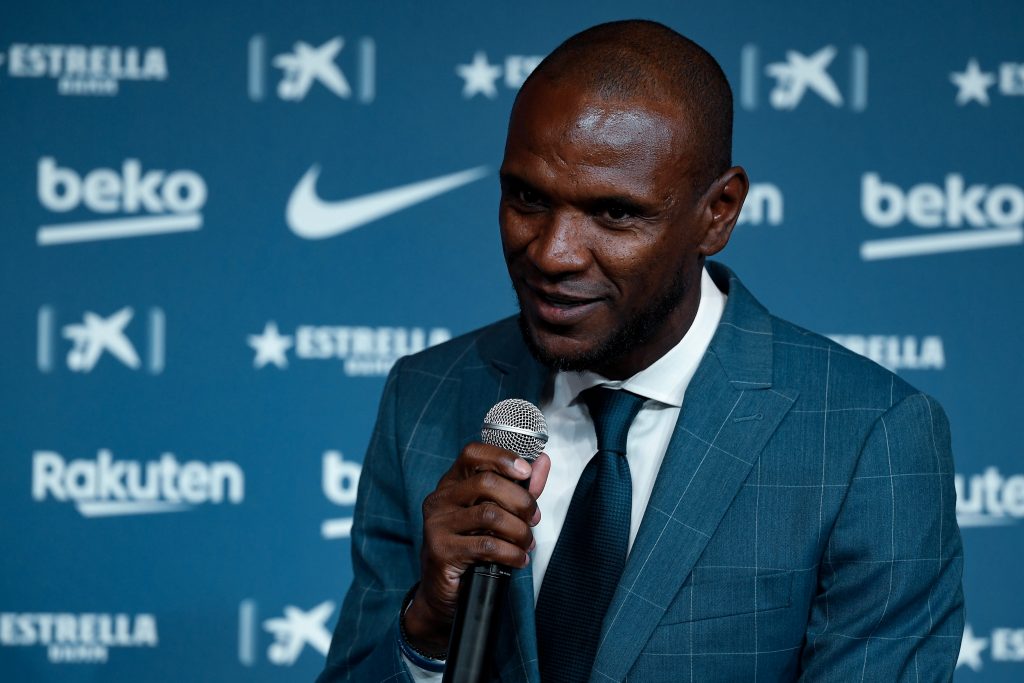 Once admired for his fighting spirit on and off the pitch, the reputation of Éric Abidal at Barcelona is being damaged by his actions as the club’s sporting director.

Éric Abidal, former player at Barcelona, was appointed as the club’s Technical Secretary in the summer of 2018. Culés hoped that the addition of the Frenchman would cause a change in the club’s quesitonable decision making, but all that has followed since Abidal’s introduction, are even more questionable decisions.

It is safe to say that Josep Maria Bartomeu, the current president of FC Barcelona, isn’t the best person to make sporting decisions, and so it is the role of the delegated technical secretary to head the sporting sector of the club along with the manager. Abidal has been nothing but a disappointment so far. The role of a Technical Secretary / Director of Football is to scout promising players, handle contract negotiations, be able to close transfers, etc. At the Catalan club specifically, it is unclear as to how much freedom and power Abidal has, but assuming that he does have prominent control, let us look at some of his incompetent decisions.

Lionel Messi, is a soft spoken personality, at least publically. Messi has never been one to slander his teammates or staff members publically, however, he hit back at Abidal, and that too, quite publically. On Instagram, Messi spoke about being angry at Abidal for generalising the behaviour and opinions of the squad members. Abidal had previously in an interview said that the squad was happy about Ernesto Valverde’s sacking, though Messi did not agree with Abidal’s claim, and was more angry about Abidal refusing to take specific names.

“Many players were not satisfied or weren’t working hard and there was also an internal communication issue. The coach and dressing room relationship has always been good, but there are things that I can smell as a former player”

This was an extremely unprofessional event that shouldn’t have taken place, let alone publicised. It showed the lack of communication between the players and the directors. Éric Abidal performed his duties appallingly, and was responsible for causing one of the most humiliating events in Barcelona’s recent history.

Players missed out on

As the Technical Secretary of the club, Abidal has the responsibility of scouting promising and well established players for Barcelona. Since his appointment, the amount of incoming transfers that have worked out, can be counted on one hand. Abidal had set his scope on Lyon’s left-back Ferland Mendy, but according to reports, decided to drop his interest due to Mendy’s mediocre performance versus Barcelona in the Champions League. Today, Mendy is a star player at Real Madrid and is on his way to becoming one of the best left-backs in the world for the next decade, while the left back signed as his alternative, Junior Firpo, is struggling to play two games in a row.

The transfer saga of Matthijs de Ligt during last summer was one that captivated the football world. Then, 19-year-old Matthijs de Ligt captained AFC Ajax to a Champions League semi-final, while displaying commendable defensive ability and inspiring leadership. Se Ligt was certainly going to leave that summer, and Barça were the front runners for quite a while, especially after signing Matthijs’ best friend, Frenkie de Jong, in the preceding months.

Now much controversially, it was Éric Abidal who refused to sign Ferland Mendy | Photo by José Breton / Zuma via Imago

Nevertheless, according to reports, Barcelona refused to give De Ligt the play-time assurance he was asking for and took the route of saving financial resources for Neymar Jr and trusting newly-signed Jean-Clair Todibo. Well, one year later Neymar is still in PSG, Todibo has been loaned out and is discussing his permanent exit, and Barcelona has one fit centre-back – Gerard Piqué – against Napoli in the Champions League.

Yet another example of Abidal’s inability to scout the right players, is the case of Ferran Torres. Ferran Torres is all but a confirmed Manchester City player now. Torres is a promising 20-year-old winger at Valencia, available for a cut price due to his expiring contract. For some reason, Abidal has not paid any attention to Ferran at all. The blaugranas are in desperate need of a winger, and Ferran Torres would have been the perfect low-risk, high reward candidate. But just like multiple other promising targets perfect for the club, he slipped away.

If there is one thing Abidal is worse at than getting players in, it is getting players out. Success is a continunous stream, it must be attained at all times. For a club to be successful, it is crucial that it lets go of the players who’s role at the club is over, but of course, at Barcelona, the opposite is done.

Samuel Umtiti is a prime example of this. It is reasonable to say that Umtiti’s career at Barcelona is over. His decision to force his involvement in the 2018 World Cup hasn’t worked out in the long term. Umtiti’s knee is always caught in a recurring injury. Notwithstanding, instead of selling a declining player making 200,000 euros per week, the club has decided to keep him, and from recent reports it looks like Umtiti is going to insist on staying for yet another season, amassing at least 12 million euros from the club in that time.

Due to their high salaries, Barcelona is unable to move on several unneeded players | Photo by Stuart Franklin via Getty Images

It is Abidal’s job to transfer out players, and he is failing at it. Yet another example of this, is Jordi Alba. Alba is a player who has had a lot of ups and downs in the last few years. He certainly isn’t one of the biggest players to get rid of, but the issue is with the contract he was offered. A 29 years old, Jordi Alba was offered a 5 year contract worth 43 million euros last season. It is unclear as to if Abidal was biased towards Alba due to them sharing the same position on the pitch, but there is no way a sensible sporting director at any top club in the world commissions such an imprudent move.

How many more chances?

Abidal’s actions largely dictate the trajectory the club goes on. His decisions so far have resulted in the Catalan club following a downwards spiral. One question remains: how many more chances? How many more decisions should Abidal be allowed to make, knowing that his word in these coming seasons can haunt Barcelona for the next generation.