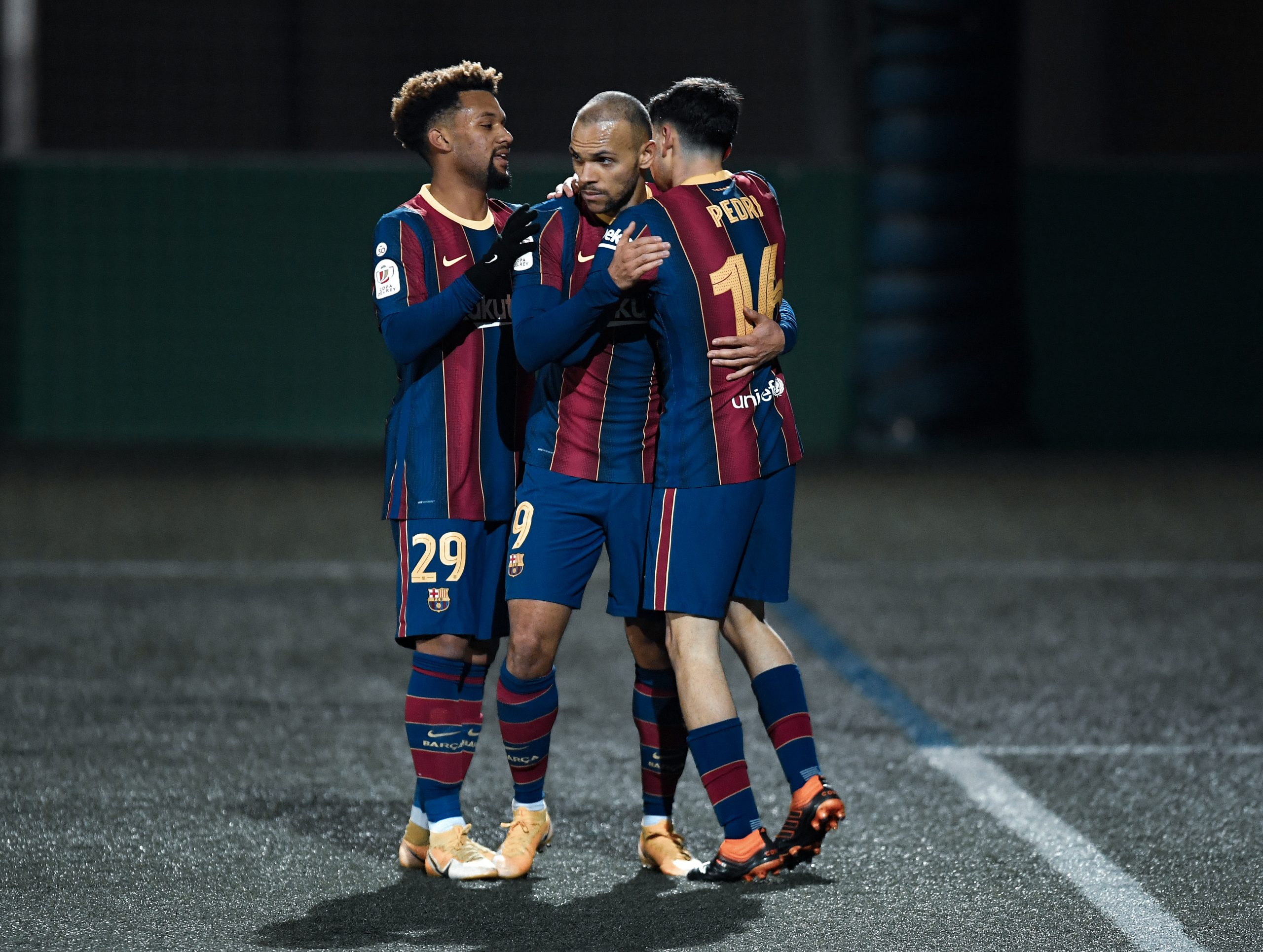 After a less than convincing win against UE Cornella in the Copa del Rey, Barcelona will travel to the Estadio Manuel Martínez Valero to play Elche CF in La Liga. Join us as Barça Universal gives you a rundown of tomorrow’s fixture.

For football teams, January represents one of the toughest parts of a season. In addition to the “holiday hangover” and cold weather, this is when domestic cup competitions are introduced to the schedule, making for a particularly congested month–not to mention exacerbating an already tight fixture-list owing to the pandemic. From a motivation standpoint, the highs and excitement of a new campaign have dissipated and the finish line is still months away. Barcelona have played six matches in 23 days and have two more to close out the month. They can’t afford to let up now.

The Catalans are currently sitting third in the league table, ten points behind leaders Atlético Madrid. They have recovered after a slow start to the season and have won six of their last eight league matches. In fact, Barça have not lost in the league since December 6 against Cádiz. Nevertheless, performances in the Spanish Super Cup and Copa del Rey have been less than convincing.

Elche are midway through their first season back in Spain’s top division after five seasons in the second and third. Their highlight of the season came on December 31st when they drew 1-1 with Real Madrid at home, and they’ll be hoping to pry points away from another Spanish giant. Besides that high point, it’s been a relatively uneventful campaign as they were eliminated in the Copa del Rey by Rayo Vallecano last week (Barça’s next opponent in the cup) and sit 18th in the table. Although, they have three games in-hand and can rise in the table with a good performance tomorrow.

Other than their meeting in the Joan Gamper Cup in September where Barça won 1-0, the two sides haven’t met since 2015. The Blaugrana have not lost to Elche in their last 15 La Liga games, dating back to December 1974, and they have kept a clean sheet in their last eight league games against them. Nonetheless, Barcelona must not allow complacent to creep in as this season is proving that anything can happen…

Barça are coming off three straight games that went into extra time (over 360 minutes of action), and because of the congested schedule, Ronald Koeman will continue to rotate his squad. Lionel Messi will miss out on the match because of the red card and consequential two-match ban he received against Athletic Bilbao last week, so Antoine Griezmann will have to try and carry the team on his shoulders.

Sergiño Dest is still recovering from a thigh injury but he was added to the squad list and travelled with the team. Nonetheless, Oscar Mingueza will most likely play at right-back, as he did against Cornella and most of the match against Bilbao. Ronald Araújo will be there to carry the Barcelona defence alongside Clement Lenglet in the heart of the defence, but an appearance from injury-riddled Samuel Umtiti is not out of the question. Jordi Alba is expected to return at left-back.

Koeman does not have a stable lineup yet, but has implemented a 4-3-3 formation for the past few matches and looks keen on retaining it for the rest of the season. Still, there are some questions about who will fill in the three center-midfield positions.

Starlet Illaix Moriba made his long-awaited debut this past week, but he is probably still too low in the pecking order to make the starting lineup this week. Koeman’s preferred midfield trio has been Sergio Busquets, Frenkie De Jong, and Pedri, but the latter has played the fifth most minutes for Barcelona this season and is still only 18-years old. He is undoubtedly a match-winner and game changer–as evidenced by his two assists to carry Barça past Cornella– but his fitness should be monitored as well.

Antoine Griezmann and Ousmane Dembele have a lot to carry as they spearhead Barça’s attack without Lionel Messi, although they should be able to suffice. The question remains about who will be the third in the attacking trio, but Martin Braithwraite is most likely to fill in.

Although Elche are not an extremely tough opponent, Koeman should still rotate his squad, which has admittedly been a strong suit of his.

What to expect from Elche?

Although Elche are sitting 18th in the table, they have only lost six of their 17 league played and can easily move higher up in the table with some good performances. Manager Jorge Almiron will be hoping his team can deliver a strong defensive effort, letting Barcelona patiently build-up and retain possession, but ensuring they are unthreatening with it at the same time.

The Valencia-based side will have to play extremely cohesively to come away with points against Barça, and although their past record against the Catalans is abysmal, they will play with grit and determination. Their attack has been nothing to write home about this season, averaging less than one goal per game in the league, thus a defensive approach makes even more sense.

Elche are missing some players due to injury, including key member Fidel, who has four goals and two assists this campaign. The Spanish-midfielder is also averaging a team-leading 2.31 shot-creating actions per game, so Elche will be looking at players like striker Lucas Boyé and midfielder Josán Fernández to bring a creative spark.

Elche will likely play their typical starting eleven without any major changes, barring those from injury. They have played with a five-man back line quite often this season and while they may not have any individual standouts, it will still be particularly tricky for Barça to play against yet another low block.

Central-midfielder Fidel has arguably been Elche’s most consequential and determinant player this season, but because he is missing out in this game due to injury, Josán Fernandez is the opposition player to watch.

Josán is in red-hot form, coming off a first-half brace against Real Valladolid midweek. He is often situated out wide on the right wing or as a wing-back, and is a threat with his crossing, leading his team with 2.94 per game this season. He is also a squad leader with crosses into the penalty area (four) as well as key passes (seven) this season. He has four goals and one assist to his name, and will be looking to take advantage of Jordi Alba’s high positioning on the pitch. His squad leading 139.8 progressive ball-carrying distance yards per 90 minutes indicates his marauding nature on the ball.

Elche will not be an easy-out for Barcelona, but the Catalans should still prevail. The Blaugrana’s poor defense will likely see them concede a goal, but their attack should still overpower the home-side.