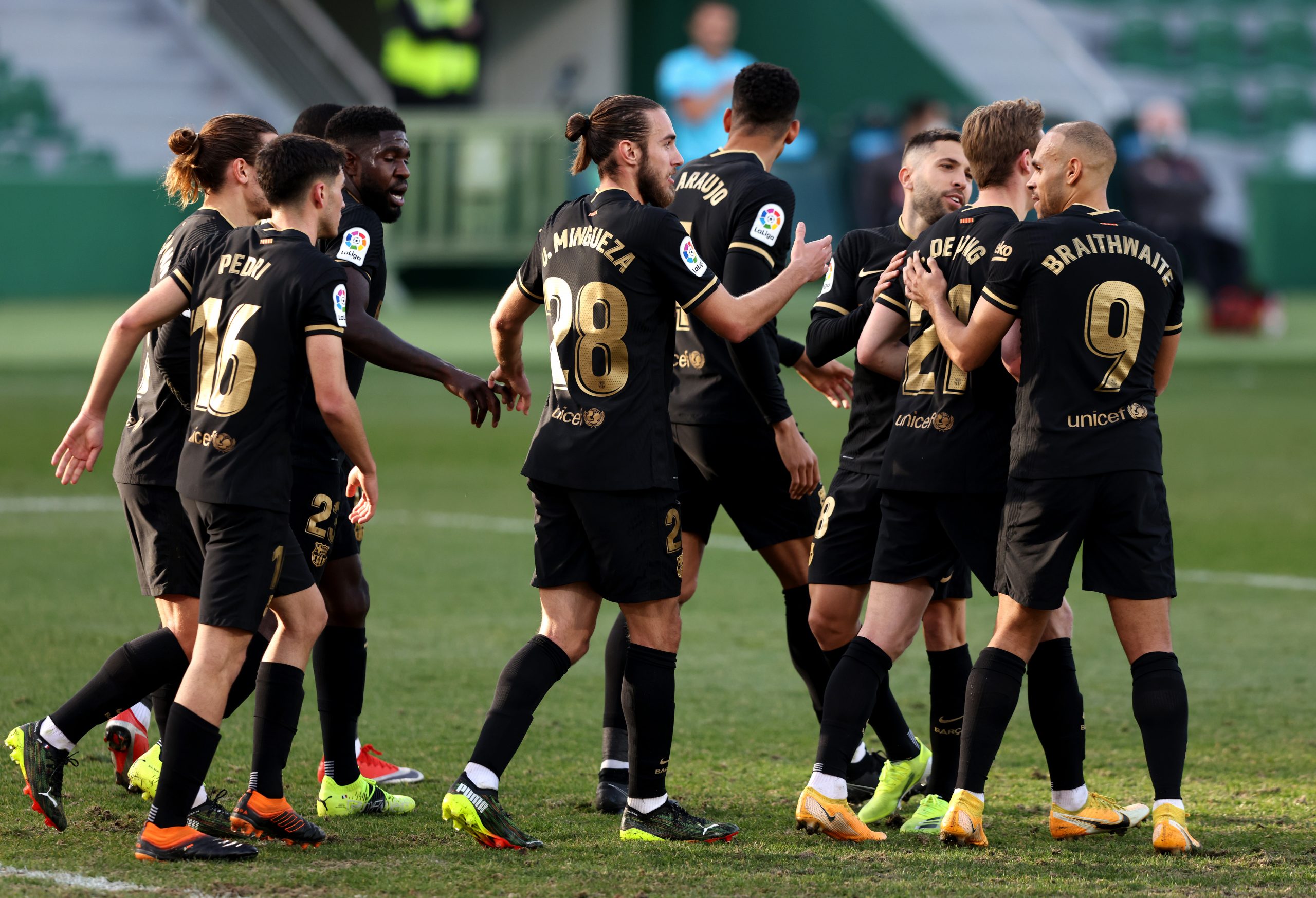 As a winless Elche faced a dampened Barcelona, Culés wanted to see a better level from their players. Lionel Messi was still suspended, so Martin Braithwaite replaced him.

After a soporific first half against Athletic in the Super Cup final, Barcelona started their game in the same way. The only dangerous chances came from Ousmane Dembélé from crosses and dribbles that amounted to nothing. In the end, Antoine Griezmann thought he found the back of the net as he connected with a Braithwaite cross. Frenkie de Jong stole the spotlight and got his side in front. Barcelona were winning, but not convincingly.

Ronald Koeman’s men can be happy with their defensive showing. However, the attack felt nonexistent at times as Dembélé was the only one dropping deep to get the ball.

Barça got the second half underway. The same players faced each other in a half with little to no chances.

A few opportunities were worth mentioning, and they were separated by seconds. Oscar Mingueza, playing as a makeshift right-back, slipped and gave away the ball to Emiliano Rigoni. The Argentine attacker faced Marc-André Ter Stegen, who was too good for him and parried the shot. Barcelona then went up the field, and Dembélé’s effort found Edgar Badía’s hands. Other than that, both teams created half-chances.

Francisco Trincão replaced Dembélé and was lively. The Portuguese winger’s two shots should have gone in. However, Badía wanted to keep the score at a respectable margin and saved both attempts. Another lively entry was Riqui Puig’s. The youngster got the first goal of his Barcelona career thanks to de Jong. The Dutchman cut through the Elche defence and Puig lept higher than everyone to double the lead.

All in all, Barça controlled the game and beat Elche in their seventh away game in a row. The players looked tired, and they at least got back to Barcelona with the three points.