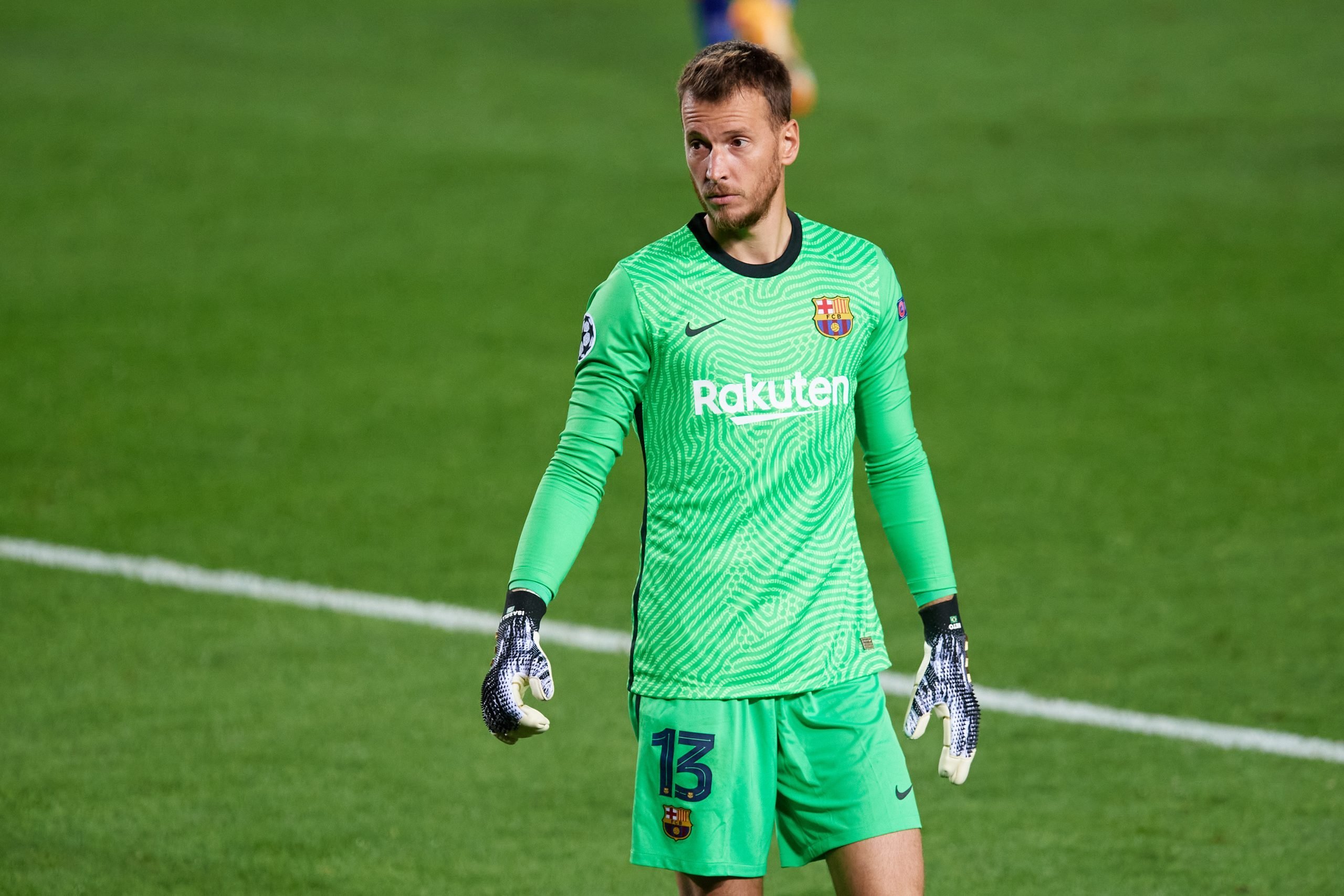 If there is one thing that will continually inspire Culès around the globe about this season is their remarkable squad depth. Ronald Koeman has a plethora of options – especially in attack, and must be forced to think twice for every position he selects on the pitch.

With the El Clasico less than 12 hours away, things will be no different for the Dutchman as he looks to select the starting XI that will take on the defending champions at the Camp Nou. However, their is something that will separate the team selection for tomorrow from other El Clasicos: there are eight players within the Barcelona squad who could be in line to make their debut tomorrow. These players are namely: Neto, Ronald Araujo, Sergiño Dest, Junior Firpo, Miralem Pjanic, Riqui Puig, Pedri, and Fransisco Trincāo.

Neto: The only nailed-on starter of the eight, Neto will pick up the gloves for the sixth time this season in the absence of Marc-Andre ter Stegen. The Brazilian has started the season in exceptional manner, and will hope to reach the bar set by the German showstopper in El Clasicos.

Ronald Araujo: Ronald Araujo will definitely start the game against Juventus in the absence of Gerard Pique, but tomorrow might not be his day, definitely not as a starter. We might, however, see him in some capacity if Barcelona are defending a small lead, or if one of the CBs is sent off.

Sergiño Dest: Newcomer Sergiño Dest has gelled in well with the rest of the squad despite playing out of position on the left to cover for Jordi Alba. While he is definitely in contention to start tomorrow, Jordi Alba’s presence in the squad, and Sergi Roberto’s experience against Real Madrid might earn them the nod over the American.

Junior Firpo: Junior Firpo made his first appearance of the season against Ferencvaros after returning from injury, and could have started tomorrow had it not been for Jordi Alba receiving his medical green light. There seems little to no chance for him to get minutes tomorrow.

Miralem Pjanic: Much like Firpo, Pjanic, too, is still settling into the team after returning from injury, and made his first start of the season in midweek. He looked decent for the most part, but his presence seemed to liberate Frenkie de Jong who got more license to get into advanced positions and play creatively. However, the Bosnian is expected to return to the bench tomorrow, but we might see him come on at some point in the game.

Riqui Puig: Riqui Puig instantly became a fan-favourite after his performances last season, and his next-to-nil involvement this season has definitely angered the fans. Unless Barça require a natural ball-carrier tomorrow, it is hard to see Puig making his El Clasico debut.

Pedri: 17-year-old Pedri has taken Barcelona by storm through the level of maturity he has displayed so far in the campaign. He has been a constant name in Koeman’s team, mostly coming on for Philippe Coutinho and taking the mediapunta role. Pedri is also the only other name in this list we can definitely expect to see in some capacity tomorrow.

Fransisco Trincāo: Much like Pedri, Trincāo has constantly featured under Ronald Koeman on the right side, even starting the game against Ferencvaros. While he is in contention to start over Antoine Griezmann, Trincāo might have to wait for his El Clasico debut as he locks horns with Ousmane Dembele.