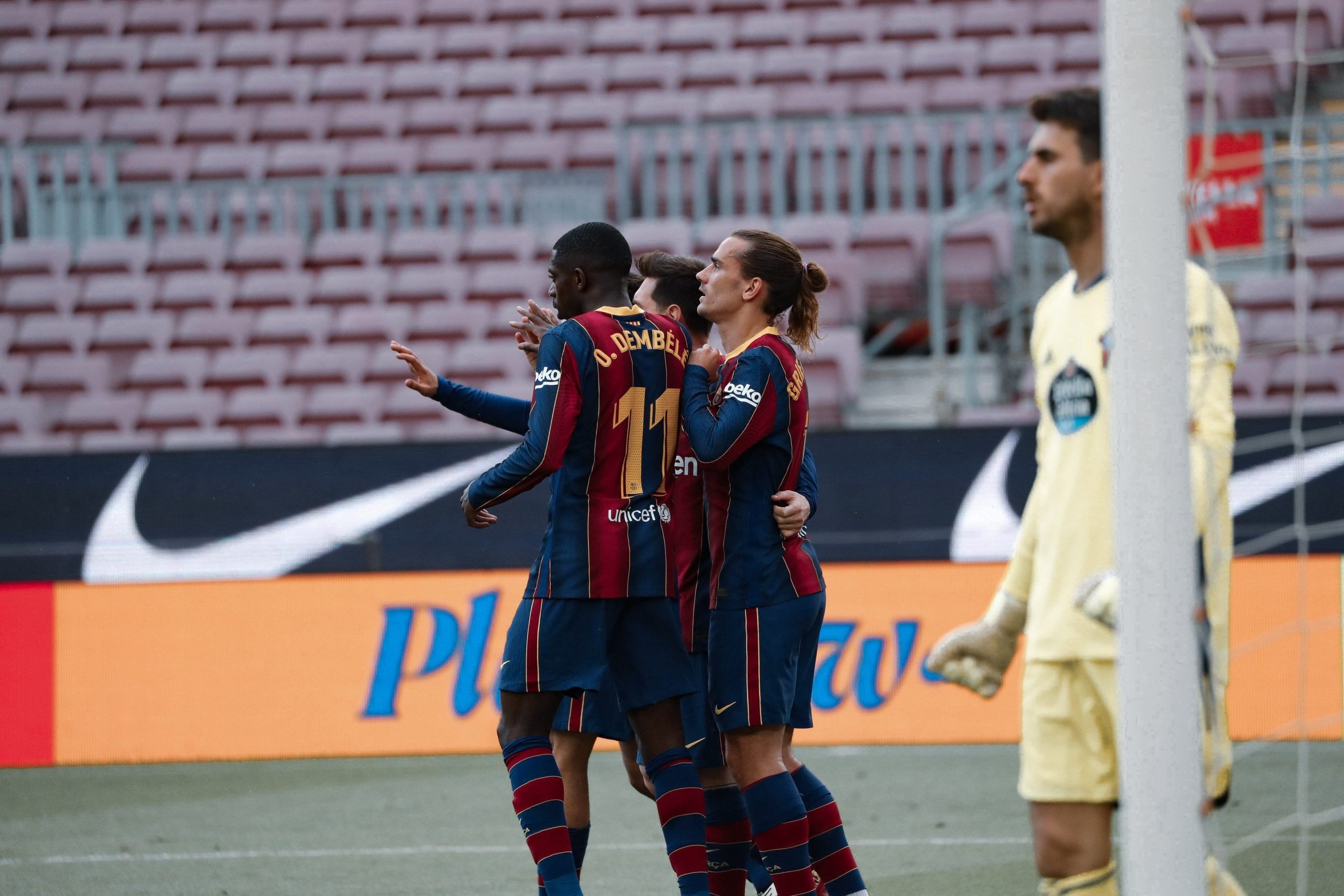 Winless in their last three games, Barcelona travel to Ipurua Municipal Stadium to face Eibar in the hopes of ending their season on a high note with nothing left to lose.

The games that had been coming hard and fast in La Liga will finally come to an end as Barcelona make a trip to the Basque Country to lock horns against Eibar. The season, however, has been over for them for nearly two weeks. Before that, Barça did have a chance to go top of the league when they hosted Granada at Camp Nou. Sadly, it was not to be, and now leaves only Atletico Madrid and Real Madrid in the competition to fight it off for the throne.

However, their loss against Celta Vigo last week helped give Sevilla hope, who were hammered 4-0 away from home. A win for them against Deportivo Alaves and a loss for Barcelona, and Sevilla could climb up to third. Their better head-to-head record against Sevilla means all the Blaugranas need is a draw to guarantee a bronze medal.

The last time the two sides met, Messi was suspended, and Barcelona could muster just the one point from the one game. Martin Braithwaite’s missed penalty and Ronald Araujo’s direct mistake leading to goal had to be rescued by Ousmane Dembele’s equaliser in the 67th minute.

What to expect from Eibar?

Eibar have been officially relegated from the top flight of Spanish football, finishing rock bottom of the league, and this could, in fact, spell danger for Barcelona. Eibar will try their best to play fearless football in the hopes of finishing their stay in La Liga in a blaze of glory.

Jose Luis Mendilibar has made a name for himself as one of the best coaches in Spain. His side’s defensive performance — 51 goals conceded (better than nine sides in the league), speaks for itself.

Eibar have usually lined up in a 4-4-2 all season, with a mid and low block to aid defensive structure. One can expect nothing different tomorrow. They gave Barcelona a tough time in the middle third and were quick to break away any chance they got.

On loan from Sevilla, Bryan Gil has been their shining light this season, scoring four goals and setting up three. He is expected to start on the left of the midfield, replacing Kevin Rodrigues. Sergi Enrich, too, will take back his spot up top, partnering Kike.

There are bound to be changes at Barcelona, both long and short term. In the short term, Ronald Koeman will turn his attention to this game and is bound to be forced to make several switches. Lionel Messi and Pedri have been granted leave for rest and have, therefore, not been included in the travelling team.

Additionally, given all Barcelona need is a draw, it seems all the more likely that the less regular players will be given a chance to start this game. Ronald Araujo is bound to start in the heart of the defence, alongside Oscar Mingueza, who missed the outing against Celta Vigo. Samuel Umtiti could be the third player joining the defence, making it a three-man backline. There could also potentially be a cameo for Inaki Pena in Marc Andre ter Stegen’s absence.

Sergino Dest is bound to receive his first start in two games, with Junior Firpo coming in on the left side as the wingback. Frenkie de Jong was suspended last week but will come into midfield this week, while Miralem Pjanic and Riqui Puig take up roles occupied by Sergio Busquets and Pedri.

Antoine Griezmann will start in his preferred secondary striker role, partnering Ousmane Dembele as the front-two.

At 20, Bryan Gil has come out as one of La Liga’s brightest gems, and there seems to be no way Sevilla do not retain him for next season. Starting on the left-wing, he has contributed to seven goals directly while also being responsible for 1.7 shot-creating actions per game. Gil has a way of finding space around defenders, using his quick footwork and reading of the game. Sergino Dest will have to be at his best to take him down.

This match is pretty much inconsequential for Eibar, and that only adds to the troubles for Barcelona. Not only do they have their talisman missing, their poor form, talk of an overhaul, a possible coach change, is all bound to affect morale. However, their sensational record vs the Basque outfit could just present a result for them, as La Liga calls curtains on the 2020-21 campaign.