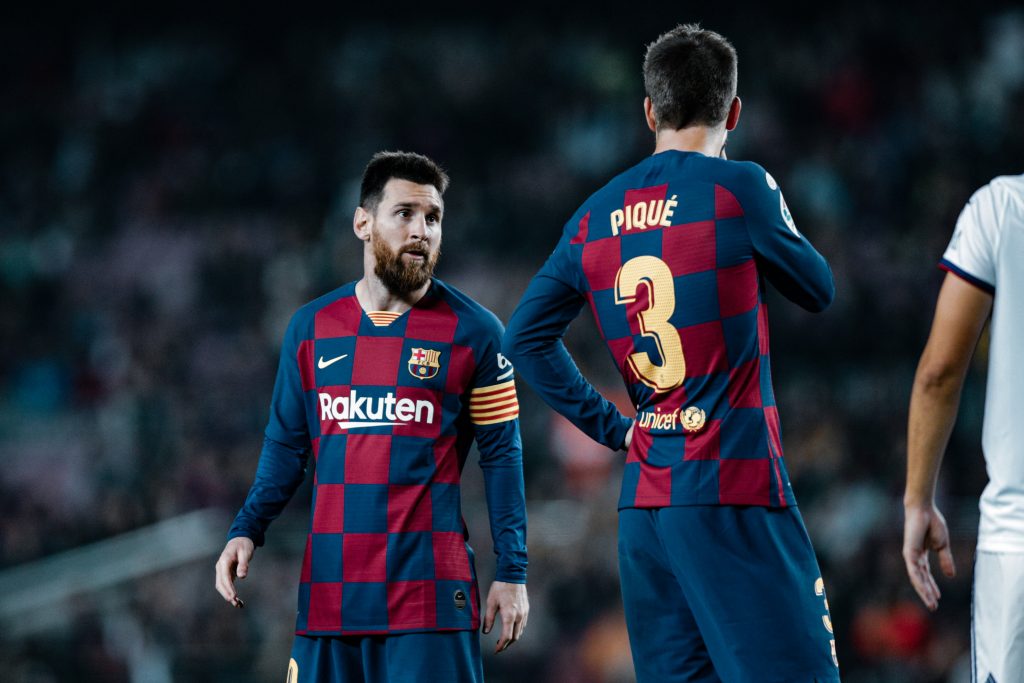 As Barcelona prepare to visit Real Valladolid on Saturday afternoon, our editors try predicting the score and players to watch from this duel.

After an unconvincing 1–0 win over Espanyol on Wednesday, Barcelona will look to find their best form again in their visit to Valladolid on Saturday. While Real Madrid continue to have a four-point lead at the top of the La Liga table and only three games are remaining for the domestic season to end, the least Barça can do is to win, win and win, and hope for their rivals to drop points. Real Valladolid won’t be easy opposition, though. Ahead of this meeting between Barcelona and Valladolid at the José Zorrilla, our editors try predicting the final score and share their player to watch from this game.

Fighting the away blues

Barcelona will be in their away kits again on Saturday for their visit to the Estadio José Zorrilla. Real Valladolid, the home side, has been having a decent run. At any rate, it is easy to conclude that they are not going to be a pushover. Then again, in Barcelona’s current state of affairs, no team is really expected to be a pushover.

With a stable 4–4–2 system and two tight banks of defence, Valladolid is a resolute side. This is further visible from the fact that they have resolutely held quality sides like Celta de Vigo, Sevilla and Levante at bay and secured a stalemate in each of those close encounters.

Couple this with Barça’s lack of consistency in general and their away form in particular, this contest might be much tighter than it seems on paper. However, if they can replicate the performance at the Estadio de la Cerámica last weekend, where they drubbed Villareal for a 4–1, then things could be smoother.

While manager Quique Setién was once again under attack from several quarters for not fielding Riqui Puig against Espanyol in the last match, I would still like think that the intent was good. I would like to cut some slack for the manager, by believing that he was wrapping the young midfielder in cotton wool against an Espanyol side that was on the brink of relegation. The Catalan derbies do get physical. Whether this is the case or not, a well rested Puig should be in the starting line-up. Especially seeing how his absence was evident in a dry performance a couple of days ago. His skill and dynamism will be key in breaking those defensive banks.

Three games to go in La Liga and Real Madrid have to drop points twice. Otherwise they will be champions for the first time since 2017. On the other hand, Barcelona has nothing left but to continue fighting a clash against one of the teams that have conceded – and scored – the fewest goals in the campaign. Real Valladolid is one of those teams that usually have a compact defence and make it difficult to find gaps, more so considering Ansu Fati’s suspension. The meeting today at the José Zorrilla may seem like a difficult mission, unless Quique Setién plays with the best he has.

It’s true that Barça’s only pure winger, Ansu Fati, is suspended. Nevertheless, a 4–3–1–2 would not be the best option against teams that park the bus, we could appreciate this against Espanyol. That said, the responsibility for this match falls on three factors. First, in the absence of a winger, the correct thing would be to start with the closest thing the Catalans have: Martin Braithwaite. Second, two skilled players to break lines in the midfield and with enough verticality to generate danger: Arturo Vidal and Riqui Puig. Finally, an impeccable game from the full-backs to support offensive tasks. If it is possible to follow these three steps, the blaugranas have all the odds on their side to win.

Probably the real Man of the Match in each game is always Lionel Messi. He always surprises fans and it is very unusual to see him play an awful game. That’s why he tends to be chosen over others as the obvious man that will have a great performance.

Notwithstanding, on this occasion and with just three games remaining to end the La Liga season, Messi will want to wake up with his streak of goals and break the record of Xavi Hernández for the record number of assists in a season in La Liga. Knowing the competitiveness of the Argentine, Leo will not rest until he is settled in a better position for the golden boot, continue distributing assists and, of course, leading his team in the pursue of the league title.

Barcelona are entering the business end of the weirdest season in their history, and this begins by playing against Valladolid to keep up with Real Madrid for the title. However, winning won’t be sufficient anymore, especially with only three games to go and a deficit of four points, the Catalans need style. With yesterday’s Champions League draw pitting the winner of the Barça v Napoli tie against the winner of Bayern v Chelsea, the culés have to up their game.

The Catalans prefer to play against teams with open spaces, unlike Espanyol last Wednesday. It’s worth noting that Espanyol were playing for their lives that day and maybe Valladolid, who are practically safe, will already be on the beach and give Barça some confidence ahead of the Champions League.

If Luis Suárez and Lionel Messi could get some rest, it would be golden, and Riqui Puig deserves all the game time in the world, especially with Sergio Busquets and Arturo Vidal suspended for the first game in the Champions League. It will be nice seeing Barça play with no pressure as the league comes to an end, it can give the whole squad some confidence before a stressful August.

Barcelona might not win the title this year, but one man has played football at the peak of his powers in nearly every game, and that is Gerard Piqué. The Catalan defender has been rock solid and does not deserve to lose this title as he had held this defence like prim Carles Puyol when it sank.

Now, with Clément Lenglet surely being his partner tomorrow, he could further Barça’s clean sheet record with another rock-solid performance before the Champions League.
Against one of the weakest and luckiest teams in the division, Piqué will have an easy opponent to showcase his talents again and practice for Napoli, Bayern or whoever.