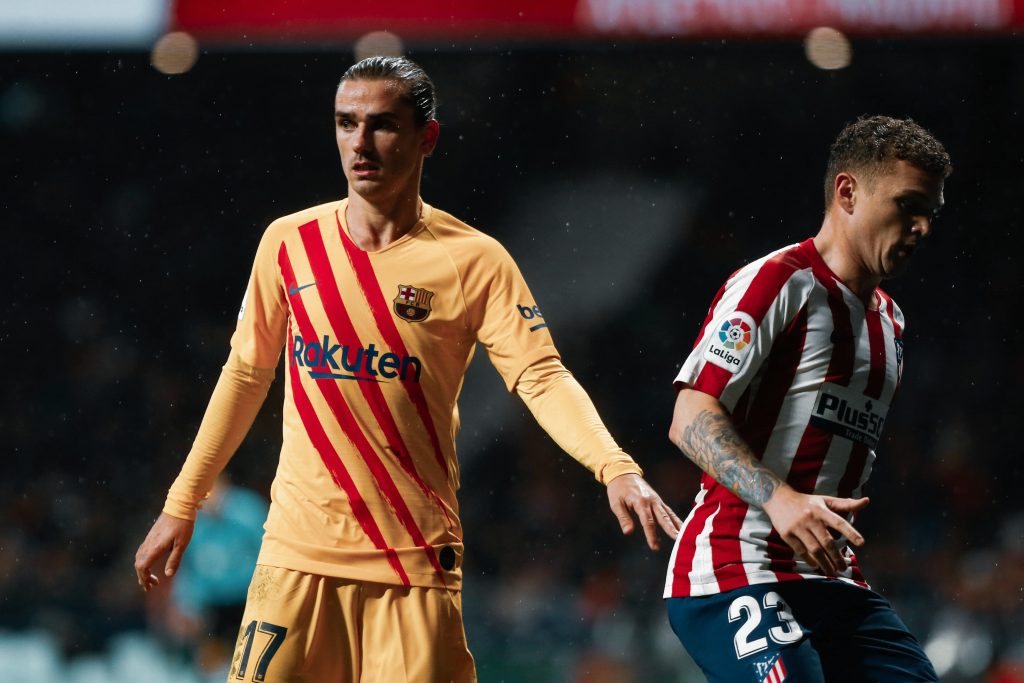 Ahead of a game that feels like a final, our editors try predicting the final score and share their player to watch of Tuesday night’s match between Barcelona and Atlético de Madrid.

After a disappointing 2–2 draw away against Celta de Vigo, Barcelona need to get back to winning ways tonight at the Camp Nou. Otherwise, the La Liga trophy could be an even more unachievable goal for the blaugranas. Still, Diego Pablo Simeone’s Atlético de Madrid will by no means be easy opposition. Following four wins and a single draw, they are one of the most in-form teams in Spain since the break. Standing in third, they are ready to end Barça’s title hopes.

Ahead of such a critical encounter, our editors share their predictions, thoughts and player to keep an eye on from Tuesday afternoon’s clash between Barcelona and Atleti.

Internal tension must not show on the field

The last time these two sides faced off, a certain Ernesto Valverde was shown the door after a humiliating 3–2 loss in the Spanish Super Cup. This time around, Quique Setién is on the verge of a similar fate. With the enormous pressure on his shoulders, one would bet that he would go for a safe game with experienced players getting the nod to start. The return of Sergio Busquets couldn’t come at a better time for the manager.

Diego Pablo Simeone’s men are on a four-game win streak, and in red hot form since the restart of football. The rise of Marcos Llorente, return of João Felix, Diego Costa, an in-form Saúl Ñíguez and Thomas Partey will make this a difficult hurdle. Given Cholo‘s track record, it is safe to say it will be a low scoring encounter.

Slovenian goalkeeper Jan Oblak has once again been one of the most influential players for Atlético de Madrid this season. With 14 clean sheets and just 0.7 goals conceded per game, he has single-handedly saved vital points for his club on multiple occasions. With Barcelona already struggling to create adequate chances, it will be a mammoth task to see any go past Oblak. As he usually does, expect him to step up when it matters most and terrorize the star-studded Barça attack.

Barcelona dropped points in Vigo and seek a win at the Camp Nou to stay in the title race. Despite the morals being low in the blaugrana camp, they have to go out from the get-go for an excellent performance to win against the in-form colchoneros. To get their redemption, the culés will have to create more against a much better opponent, and defend as they did prior to the Celta de Vigo game. Also, they should play a more direct style of play, especially given Atleti’s rigid defence. In defence, they should keep playing out of the back to defend with the ball.

“The best plan is to win, as with victories all our objectives appear optimistic and positive”

Barcelona kept seven clean sheets with Quique Setién as manager, and Gerard Piqué is no stranger to that form by the Catalans. The former Manchester United defender kept the defence together in Vigo, making up for his lack of pace with some fantastic placement to cover up for Samuel Umtiti’s errors. Against Atlético, Piqué has to defend against a methodic side and the in-form Marcos Llorente. Since the Liverpool Champions League clash, Llorente has been in fine form, and Piqué has to stop him. Also, if Barça fail to get a goal, Piqué’s areal qualities could help the azulgranas lead or draw.

A baptism of fire

Amid a tsunami of chaos and conflict, Barcelona will welcome Atlético de Madrid to the Camp Nou. In what is easily the most stern test since La Liga’s resumption, a lot is at stake for the Catalans. The title race in recent days has slipped further away from Barça and for the sake of morale on and off the pitch, a win tonight is absolutely vital. A lot of clouds surround the future of Quique Setién’s tenure at Barcelona, but he and his side must focus on the massive task at hand to try and fight till the end.

Standing in their way, a formidable Atlético Madrid side who are in great form. The third placed side will be missing two key players in Stefan Savić and Koke Resurrección through suspension. Yet, los Colchoneros will be determined to extend their unbeaten run to 13 games.

Atlético’s Ghanian midfield powerhouse Thomas Partey will have a crucial part to play tonight against Barcelona’s ever dangerous front line. With Atlético sure to try and catch Barça out in transition, Partey will have to be at the top of his game. He will have to be sharp as ever to win the ball back and progress it further for his side. A lot of players will have crucial parts to play but Thomas Partey will likely be at the centre of proceedings. It will be interesting to see how he copes. A lot of potential suitors will be eyeing him and this could be one of his biggest auditions.

Storm at the Camp Nou

The loss of the top spot in La Liga, the 2–2 draw at Balaídos against Celta de Vigo, the controversial sale of Arthur Melo and further signing of Miralem Pjanić, the reported rupture between the dressing room and the coaching staff, the uncertain future of manager Quique Setién…All of these matters have been adding insult to injury at Barcelona’s already delicate situation on and off the pitch.

The pressure is extremely high as this critical clash against Atlético de Madrid feels like a final. A final for the La Liga title, as dropping more points could push Barça further away from the trophy. And a potential final for Setién, who could be sacked in case of a defeat according to numerous sources. With all this tension, the locals will need to turn all their focus on tonight’s decisive encounter and leave all the noise aside. If this is accomplished and Quique Setién remains true to his principles, a good performance and win from the Catalans could certainly be witnessed.

Marcos Llorente has been reborn after the break. Not only in terms of finding his best form again, but of finding a new and unexplored position for him too. Always seen as a tenacious defensive midfielder, Diego Pablo Simeone has been playing him in a much more advanced role since the break too.

The hero at Anfield already, the former Real Madrid academy product has become a surprise for all fans since he has been operating much higher up the pitch. Even as a secondary striker at times, he has been moving between the lines and on the wing frequently. A machine at pressing and very determined when he has to attack spaces, Llorente has arguably been the most in-formed La Liga player since the return of action. 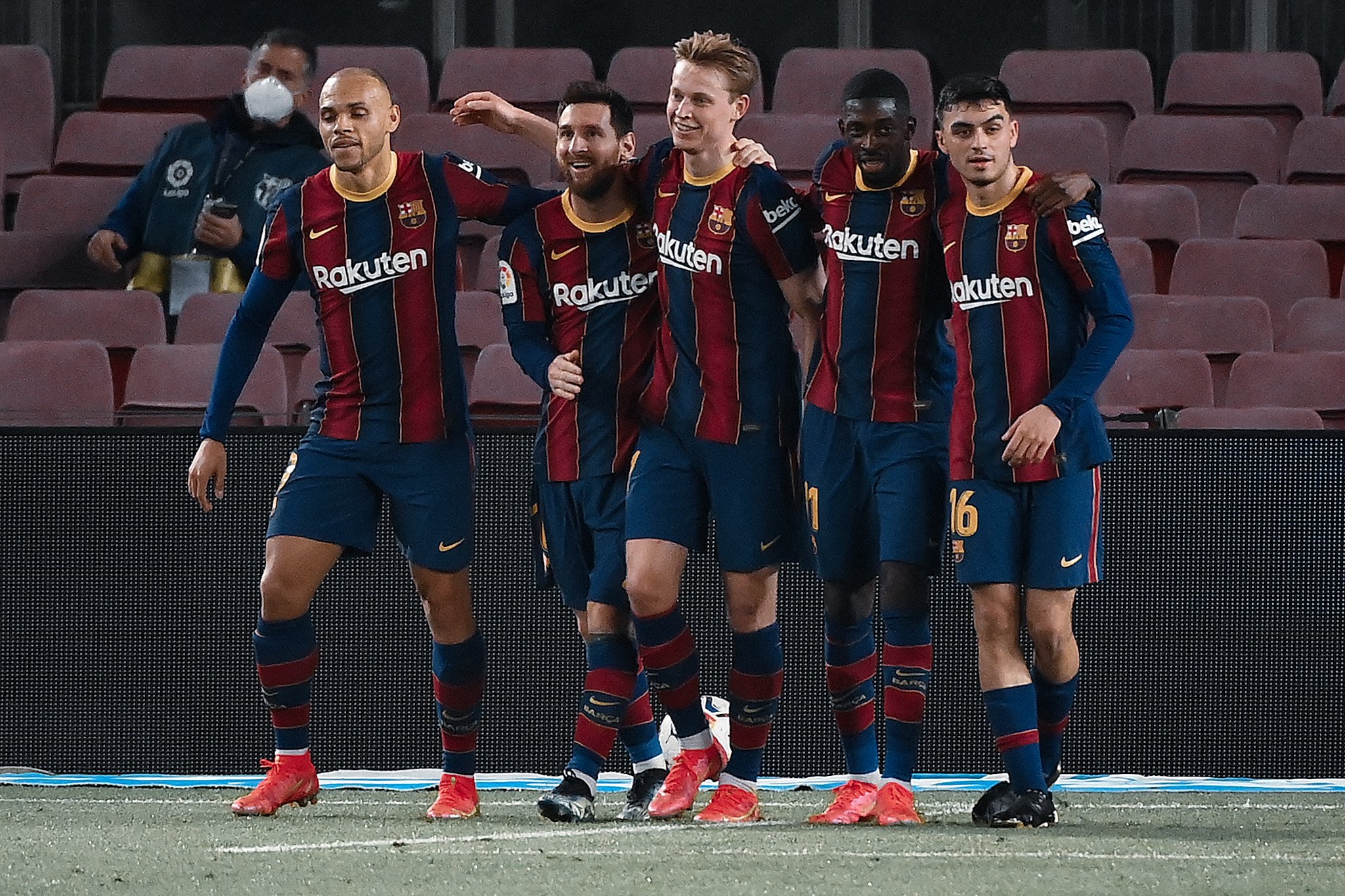 After a horrible week, Barcelona needed to get the frustration out of their system. As Lionel Messi and his teammates searched for a win, Barça disappointed in the first half.

The Catalans created better chances, as usual. However, something that does not seem to change this season, the finishing was horrible. Overall, Elche, much like Cádiz, decided to stay behind the ball and attack from counters.

Barcelona dominated, as they do against smaller teams, but could not get the breakthrough in the first half. They had to rethink their plan in the second half.

A much livelier and lovelier half! Barcelona went back to the field with all guns blazing and flexed their muscles.

In truth, the Catalans had so much quality on the pitch that the scoreline and the second-half performance was expected. However, it was an overall great display from the side. Quite frankly, this was the desired change Culés needed in the second half.

For Elche, it was a much-less thorough job. The visitors threw their efforts in the first-half down the bin with a disastrous performance. Their quality kept them at bay, and they could not do what Cádiz could three days ago.

2′ Francisco Trincão gets close to the goal after a good move from the Catalans, but Edgar Badía stops the shot brilliantly.

20′ Barcelona break down an Elche counter-attack, and Frenkie de Jong moves the ball forward quickly. Lionel Messi spots Trincão behind the defence. The Portuguese winger dribbles past the defence to shoot on the Elche keeper.

30′ Pedri gets a free-kick far from the box. Messi sends it long, and the ball falls on de Jong’s head. Badía, again, makes a superb save to deny the Dutchman.

48′ GOAL! Barça 1-0 Elche: Messi drops deep and runs with the ball at his feet. The captain plays a beautiful one-two with Martin Braithwaite, who backheels the ball. Messi slots the ball into the bottom corner.

69′ GOAL! Barça 2-0 Elche: Pedri dispossesses an Elche attacker, and de Jong gets the ball. The Dutchman dribbles past the whole team and spots Messi making a late run into the box. The captain decides to toy with the opponents’ defence and score.

72′ GOAL! Barça 3-0 Elche: Jordi Aba and Pedri play a quick one-two in the middle of the park, the Spaniard gets the ball forward towards Messi. The Argentine’s cross towards Braithwaite is brilliant, and the Danish international nods it on for Alba. The left-back’s cool finish triples the lead for the Catalan side.