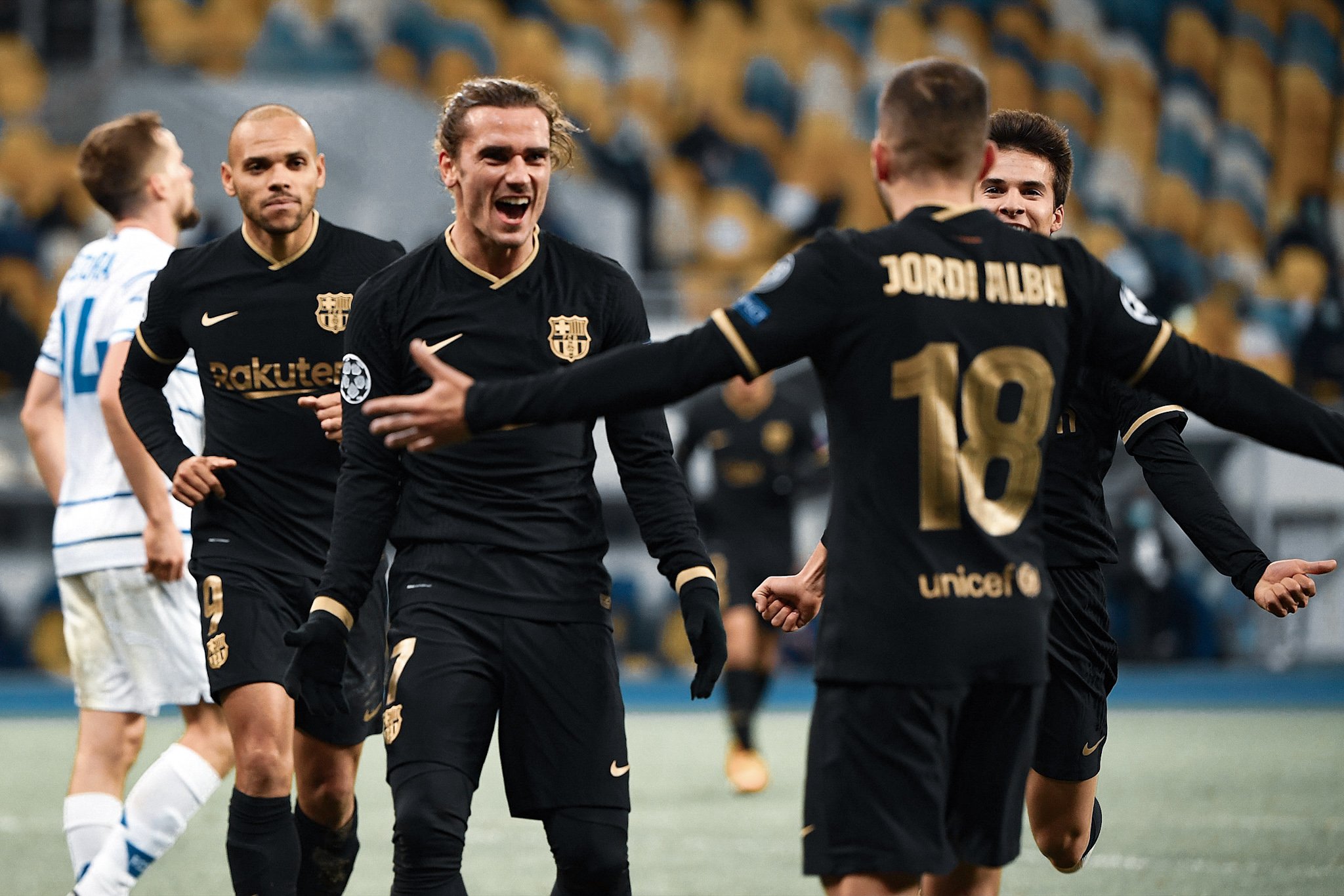 Barça came to Kyiv with a proper idea: Rest some key players and qualify for the round of 16 of the Champions League. Ronald Koeman left his two most used players in Frenkie de Jong and Lionel Messi at home and rested many other starters along the way.

The fans burst into a rage when they saw Koeman overlooked Riqui Puig once again. Overall, the Catalans were not good enough. The game was a snoozefest, but it is understandable as Barça came into this one with a lot of absentees. The Catalan giants did not create many chances even if there were some decent sequences of possession during the half.

The Ukrainians did not look half as good as they did last month at Camp Nou. The defence was picture perfect. Oscar Mingueza, making his first-team debut, had one hell of a night. The defender was serene during the entirety of the half, and his footwork pleased many Culés.

This performance was expected but not wanted by the Blaugranas. After losing to Atletico on Saturday, the fans needed more than a few chances against Kyiv to get excited about their team.

Barça finished the game better. They took it upon themselves to get a win in Kyiv and did just that, in style. With no changes at half-time, Koeman surely had a lot of confidence in the backup squad.

The Catalans accelerated the play and dominated for the whole half. Sergiño Dest, one of the liveliest players tonight, had a sublime game and got his first Barcelona goal. After accelerating and passing to Pedri, Dest took the ball from Martin Braithwaite’s feet and scored past the Ukrainian keeper.

After his bizarre assist, the Danish international would get his first Champions League goal. A corner from Carles Aleña landed on Mingueza’s head. The header ended up near the back of the net, but Braithwaite turned it in ultimately. The number 9 would then win a penalty and score it himself. Antoine Griezmann would come on to grab a deserved goal. The Frenchman’s shot showed his frustration and was a relief.

Many players got their chances as Riqui Puig, Konrad de la Fuente, and Matheus Fernandes came in during the half. The Culés were relieved for Puig who did not have the best of games, but it was expected from a man who has continuously been overlooked.

In the end, Barça did not have to play really well. The Catalans did the job and are now through to the round of 16 of the competition. With Juventus struggling against Ferencvaros, it looks like the Spanish giants will top the group as well.

That brings an end to the Match Report of the Dynamo Kyiv vs Barcelona game in the Champions League 2020/21 group stage.