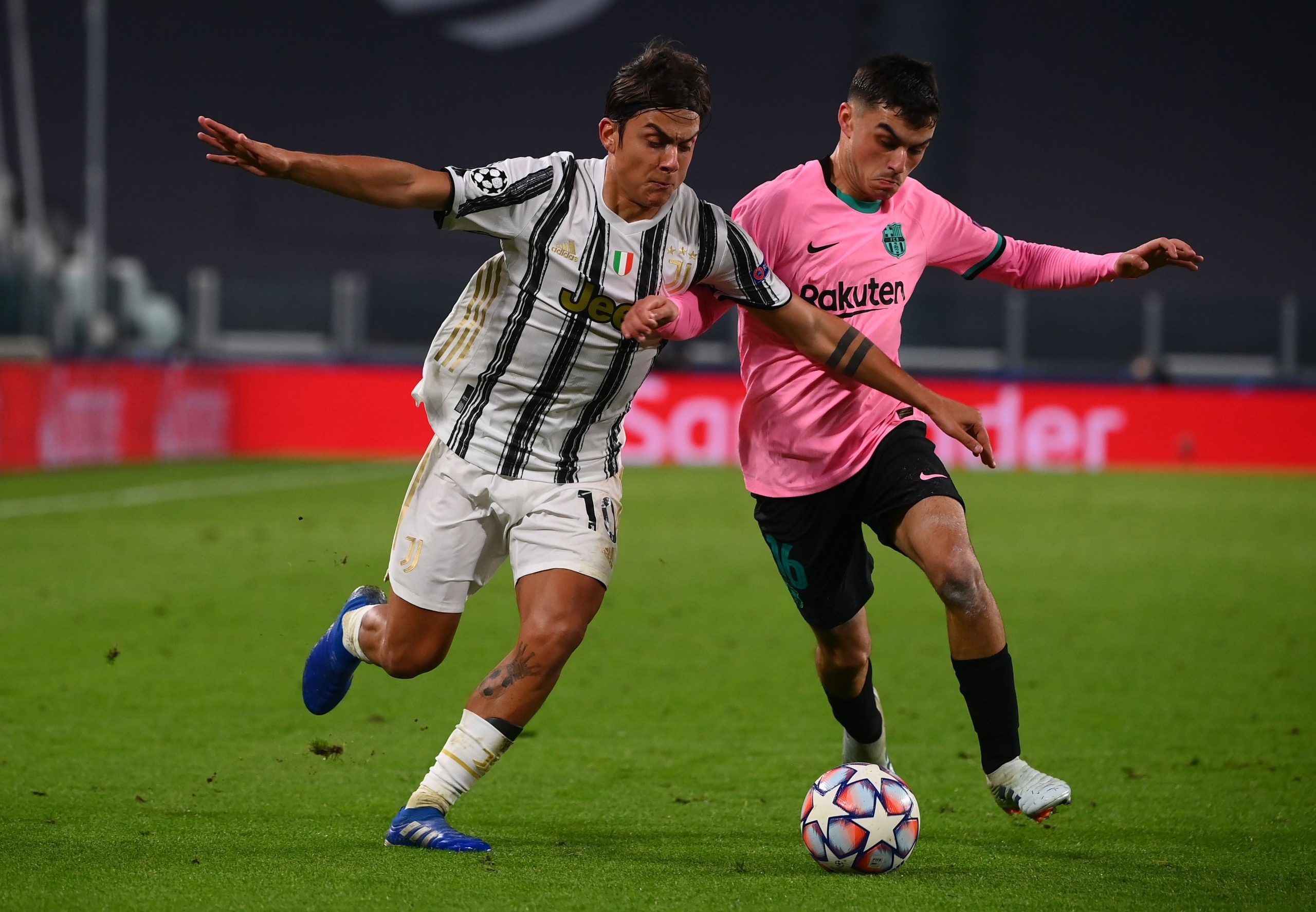 Barcelona’s victory in Turin was a treat for Culés. A day after getting rid of their burden in Josep Maria Bartomeu, they got a precious victory in Turin. Many players destroyed Juventus’ backline, with Ousmane Dembélé and Leo Messi combining for the first goal. However, the Man of the Match was Pedri, and everyone acknowledged it.

The 17-year-old got praise from Ronald Koeman, Claudio Marchisio, and many other people after his exhibition. Nonetheless, the youngster had the chance to swap his shirt with a star yesterday. Reportedly, Paulo Dybala, who has a big collection of jerseys, went into his opponents’ dressing room to ask for Pedri shirt.

? — After the Juve-Barça game, Dybala went to the Barcelona dressing to room to ask Pedri for his shirt. The Argentine is an enthusiastic shirt collector. [sport]

At 17, Pedri is now one of Koeman’s favourites having started in the past two games. His dazzling performance in Turin must have cemented his place in the side. He ran past Juan Cuadrado many times and undoubtedly impressed Dybala, a big player in world football. Great from the youngster and the Argentine forward.