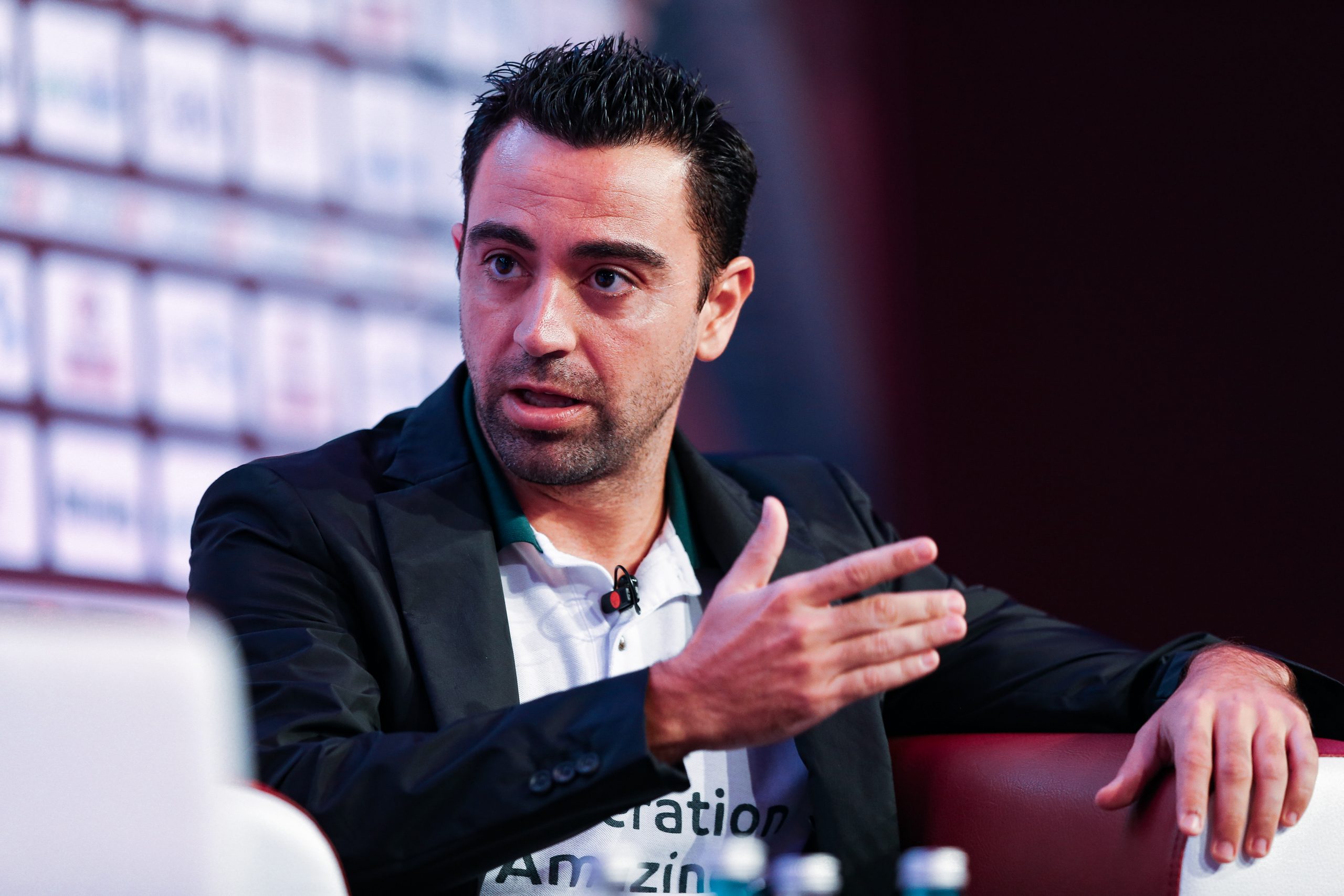 In what has been a disastrous start to the 2021/2022 season for Barcelona so far, most major media outlets have reported that Ronald Koeman will indeed be sacked after the match against Atletico Madrid.

It seems that the decision to relieve the Dutchman of his duties, after more than a year of inconsistent results and questionable public statements, has been taken, and the club are already looking to find his replacement.

Among the names that have been brought up as possible options to take over the club is Xavi Hernandez. Known for his technique, press resistance, quick thinking, and most importantly his clear understanding of ‘juego de posicion’, there is no doubt that Xavi is considered one of the best midfielders to ever play the beautiful game.

He cemented his legacy as a footballer with a professional career spanning over 17 years, and winning more than 30 titles with the Barcelona first team.

With the club in danger of not advancing through the group stages of the Champions League for the first time in over 20 years, as well as a terrible start to the league season, it is crucial that president Joan Laporta and the rest of the sporting staff choose a manager that will bring immediate stability and is able to lead the new project.

Xavi would be a brave appointment, and someone that could play a key role in bringing Barça back to the top of the footballing world.

The Barcelona fanbase has made it no secret that they want Xavi. For a manager to start a new successful project at a club, they have to work in the ideal conditions from the very start. One of these conditions is a certain level of support from everyone involved.

Unlike Barcelona’s previous 3 managers, who have all had major doubters when they were appointed, Xavi would arrive with a clean slate from the majority of the fanbase.

The support for the manager from Terrassa would not only come from the fans, but also the club’s staff and players, who would also be delighted to work with one of the role models of every La Masia kid. Xavi would be able to work with players that were once his teammates, something that could work in his favor to gain the appropriate support and respect from the dressing room.

Many of the club’s biggest icons have always backed Xavi to become Barça’s first team manager sometime in the future. These include Pep Guardiola, Leo Messi, Andres Iniesta, and even president Laporta himself.

Pep Guardiola in 2019: “Xavi was already a manager when he played. His eyes sparkled watching football. There are players that you would never say they will be managers. This is not the case for Xavi. He will manage Barca some day. He’s brave, bold and focuses on everything.” pic.twitter.com/cotTwIiSas

Traditional media outlets play a major role in how a manager is perceived. Like Ronald Koeman, Xavi also has the added advantage of being one of the club’s biggest legends as a player.

As time progressed, and Koeman’s incompetence as the head coach of a side as big as Barcelona kept becoming clear, he was continued to be backed by the press.

Those who still are not fully convinced of Xavi’s arrival at Barcelona (including Laporta himself), state that the manager simply does not have enough top-level experience to carry such a massive responsibility. But Xavi, now 41 years old, has an in-depth knowledge of the club and the infamous “entorno” that none of the other available candidates have.

FC Barcelona has always been a political club. Things that have no relation to sporting matters can influence the press, and subsequently the club’s supporters and administrators. It was evident during the most recent elections — a landslide victory for Laporta, a man more than familiar with the know-how of the club.

Xavi, who spent over 17 seasons as a player for Barcelona, has experienced more than most top-level footballers did, or ever will. He was not only a part, but arguably the most important peg of Pep Guardiola’s Barça, often hailed as the best team of all time. However, he often went through difficult sporting situations both for him, and the club as a whole.

Pep has said that Xavi’s brain was like a “sponge”, always absorbing information, and learning.

Having worked with such an array of talented managers, starting from Louis Van Gaal, and ending with the great Luis Enrique, Xavi certainly experienced their methodology, training sessions, tactical setups, and motivational ideas.

Although some consider that the Spaniard would not be able to bench his former teammates, he also experienced that for himself. Luis Enrique, once his teammate, explained in 2014 that it was time for him to start playing less minutes than before.

In fact, he started from the bench for most of the season, including the Champions League final, as Lucho preferred playing Andres Iniesta with Ivan Rakitic.

Xavi’s possible take-over heavily parallels Pep appointment back in the day. Not only because of the team struggling with results, but also the way in which their careers as footballers developed, and the image that they represent to the fanbase.

Laporta has previously said that he considers Xavi the manager most similar to the sextuple winning coach, but recently added that he does not have the required experience.

Xavi has been a manager since 2019. This is his third season with Qatari side Al Sadd, and has already led them to six titles in the short time that he has managed them. Apart from revolutionizing the play style, preferring a fluid passing system, results have been undoutedly great.

Pep took over the Barça first team in 2008, with just one year of professional football experience by managing Barcelona B. As per many reports, Laporta wants Xavi to do the same before handing him the big fish.

Although this could make Xavi’s adaptation at the club easier, it does not make a lot of sense for him to do that at his current position.

Barça B now compete in “Segunda B”, Spain’s third division of football. The Qatari league, although admittedly not the best in quality, does have some advantages over Spain’s third division. For example, the stadiums in which Al Sadd play are of much higher quality than those found in the lower tiers of Spanish football.

This was shown recently, when Barça’s first team had to suffer against Cornellá last season, in part due to their stadium with a fully artificial pitch and considerably smaller dimensions.

Xavi has had access to top level facilities and accommodations for years with Al Sadd, and that could change if he decides to manage in “Segunda B”. It would be difficult for him to make him leave a more professional league, considering that he has already said that he is ready to manage Barça.

His resumé as a player speaks by itself, and after 17 years involved in different cycles, under several world class coaches, who knows Barcelona than Xavi? With the support of the fanbase, ex-players, the press, and reportedly board members close to Laporta, it is an appropriate time for the legendary midfielder to finally fulfill the prophecy.