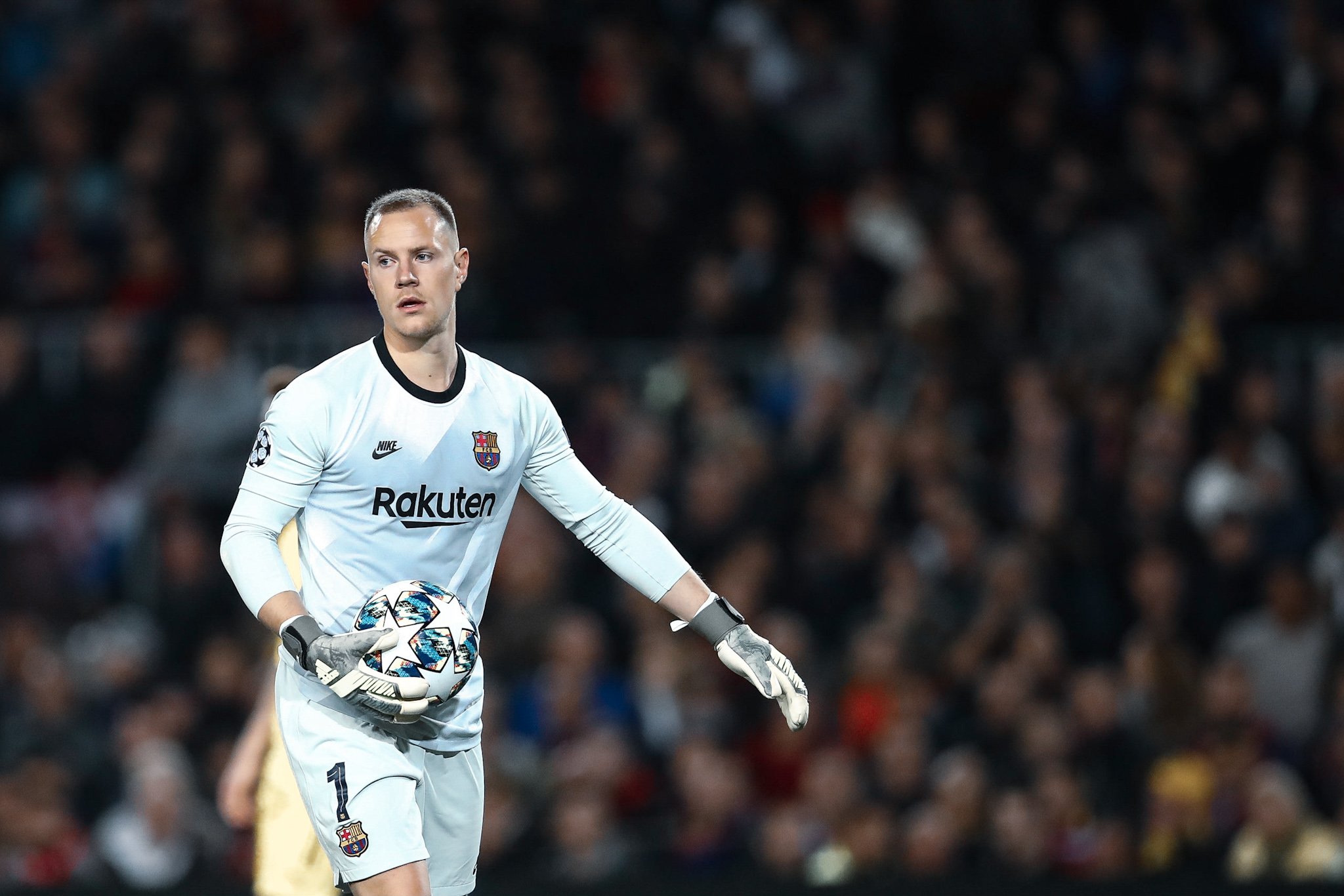 A young relatively unknown German arrived at the Camp Nou amidst huge expectations in 2014. Over the years, he has proved himself time and time again and is now named alongside the greatest in the world. Now a mainstay in any debate regarding the best goalkeeper, the story of Marc-Andre ter Stegen is an incredible one indeed.

Season after season, ter Stegen continues delivering performances that validate his position as the club’s first-choice goalkeeper. Many say he is the Catalans second most important player on the field, only after Lionel Messi. While it is a heavy tag to carry, it just goes to show his paramount significance in the team.

However, Barcelona #1’s contract expires in the summer of 2022. With less than a year left, there is significant noise regarding his renewal that would see him tied down to the club for a further 3-year period.

At the moment, the German is one of Barcelona’s grossly underpaid players, earning just over €8M per year. The figure does not do justice to his importance in the squad. Understandably, he has been asking for a pay rise in his new contract.

According to Goal, the 28-year-old desires his new contract to see him earn €18M per year. The deal would see him become Barcelona’s third highest-paid player, only after Messi. Concurrently, ter Stegen would also climb to the top of the charts as the world’s highest-paid goalkeeper.

This decision has split not just the board members but even a wide section of the fanbase. One section feels the new contract with his demands must be met at the earliest, to tie him down to the club. However, others see the renewed salary figure as too much, especially given the financial position the club is in. In a world where Alisson Becker earns €5M, Jan Oblak earns close to €10M, and Bayern Munich’s Manuel Neuer earns €15M, does ter Stegen deserve to top them all?

It is well understood that Neuer’s consistency warrants his position at the top of the list. The 34-year-old has performed at the highest level for the German champions for nearly a decade and has been the sole match-winner for his club on numerous occasions. Saving decisive penalties at crucial moments and pulling off astonishing one-v-one saves has cemented him as a legend, finishing as part of the Ballon d’Or podium in 2014.

MATS, despite his heroics with Barça, is second-choice for Germany, behind Manuel Neuer. (Photo by Simon Hofmann/Bongarts/Getty Images)

Even when we put history aside, his performance in the recently concluded season speaks volumes of why he deserves to be the highest-paid keeper in the world. Throughout the Champions league, he pulled off match-winning saves at every stage. Demanding a salary higher than that of one who has proved himself over a lengthy spell may not be understandable.

Furthermore, when ter Stegen is compared to other top keepers of his age, the findings are interesting. Though no single statistic can judge a goalkeeper, the GSAA% (Goals saved above average) is a useful pointer. Notably, Liverpool’s Alisson Becker boasts of a GSAA of 4.4%. Atletico Madrid’s Jan Oblak is not far behind, at 3.4 Goals saved above average. In this crucial list though, ter Stegen falls considerably short, with just 1.77% GSAA.

Of course, statistics should never be the sole basis to compare players. Ter Stegen possesses skillsets superior to most others when it comes to ball handling, distribution and composure. That said, it is not enough for a salary that justifies a €10-15 payrise.

The German shot-stopper has always been reliable for the Blaugrana in the League. He has put up tremendous displays in the Champions League too. He was a part of the infamous remontada against PSG. The show he put up last season against Borrusia Dortmund in the 0-0 draw was yet another announcement of his ability. In fact, From his very first season, he has been competitive at the highest level. Every cule remembers his infamous save against Thomas Muller when Barcelona took on Bayern Munich in 2014!

However, he too has had his fair share unforgettable nights in the Champions League. He has often crumbled under pressure and let the nerves get to him during decisive games. Not just against Roma, but we saw in at Anfield and Lisbon as well. Specifically picked games can never define a players career, but there is a sentiment that he fails to turn up when it is most needed.

Ter Stegen has often fallen to the pressure of the UCL. (Photo by Manu Fernandez/Pool via Getty Images)

It is no surprise that the club is under extraordinary financial burden, with new manager Ronald Koeman admitting so as well. With wage bills exorbitantly high, they let go of the likes of Ivan Rakitic, Arturo Vidal, and Luis Suarez on free transfers. It just shows how desperate the club is to free up space.

To put it in specific terms, the club has announced a loss of 97 million euros over the last financial year. Notably, Memphis Depay’s transfer to Barcelona was called off only because La Liga did not permit any additions to the already sky-high wage roll.

It is no secret that Barcelona overpay their stars significantly. Though comparing ter Stegem with other players of the club may give the impression that €8M is low, a look on the global level shows that it is actually on par with other top keepers. He indeed deserves a higher salary, and a perk of about €5M would be a sensible deal for both parties. However, given the global crisis and the club’s economic situation, it would not be apt to give ter Stegen the bump to €18M, or making him the highest-paid goalkeeper. Barcelona are just getting back on the right track, and agreeing to such a lucrative deal now would be the undoing of such a bright future to come.